The Sala de la Barca roof is restored by the Alhambra

The Generalife Board of Trustees and Alhambra has started restoration work on Sala de la Barca's roof, in the area of Levante Tower. 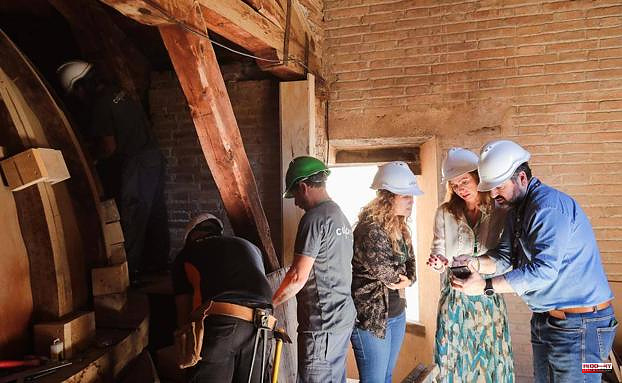 According to Europa Press, the intervention is part of an annual program of actions by the Board of Trustees of Alhambra and Generalife and has a cost of 48.314 euros and a execution time of two months.

This proposal addresses the sealing issues that were found in certain construction elements on the east side, Sala de la Barca's upper body. These elements will be repaired and maintained using criteria that respect the property's heritage value.

It may be the precursor to the Palacio de Comares' most important space. The name could derive from its semi-cylindrical vault that looks like an inverted ship's hull, or from the Arabic word al-baraka (blessing), which is repeated repeatedly in the plasterwork of its walls.

The ceiling was painted at the end of 16th century. This is why it was known as the Golden Room. It is unique because of its unusual shape and dimensions. Due to a fire on September 15, 1890 the original was nearly destroyed. Its restoration began in June 1965 using drawings, photographs, and salvaged parts.

Pine wood is used to make the armor with a tied bow. The armor's ends are quarter-spheres with a twelve knot ornament. The central axis is composed of wheels of twelve and stars eight, which are combined successively.

The entire room is covered with a plinth of various tiles. As can be seen in old photographs and engravings from the 19th century, the cupboards were expanded to open "two windows with bars onto the courtyard."

1 Lola Torres promotes the formation of a network to... 2 Uvalde parent and school staff start legal action... 3 N.Y. approves a bill raising the age for semi-automatic... 4 <<In social networks hoaxes roam freely>>... 5 A space experiment to prevent DNA from being damaged... 6 Citipix Granada is promoted to the Honor Division 7 A new U.S. survey shows that a majority of Americans... 8 Props and bases known to be discovered 9 Due to an increase in collection, the deficit has... 10 The Ibex ends its bullish streak but still holds 8,900... 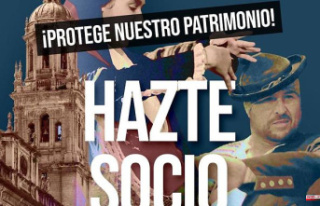 Lola Torres promotes the formation of a network to...