To protect ourselves against the coronavirus, we locked ourselves in our homes in March 2020. 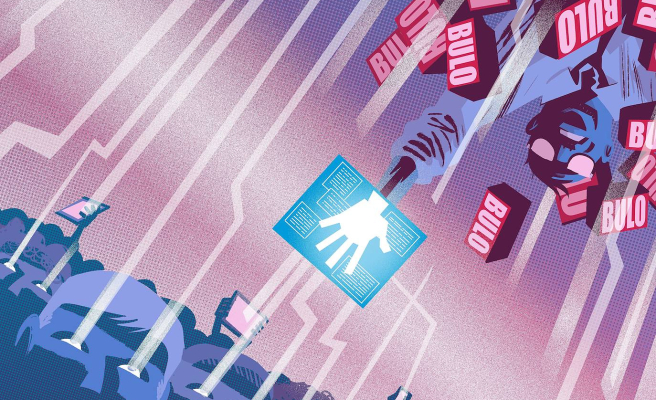 To protect ourselves against the coronavirus, we locked ourselves in our homes in March 2020. Ramon Salaverria from the University of Navarra, professor of Journalism, recalls that social media became "our window to the street". We were then exposed to a torrent of misinformation overnight. Salaverria warns that "hoaxes are rampant in social networks", and he signs today in the magazine "PLOS ONE" - along with Maria Pilar Martinez Costa and Bienvenido Leon - to discuss the study of falsehoods about science, health, and politics in Spain in the three months prior to the pandemic.

"A hoax refers to any deliberately false content that appears true and is publicly communicated," explains director of the RRSSalud research project. Funded by the BBVA Foundation. He emphasizes that it was done intentionally. "We presented our project proposal at November 2019" Lopez Goni recalls that we wanted to study the potential problem caused by false information about health being spread via social media. The pandemic began three months later and brought with it an infodemic which the project team has so far analyzed in two papers.

The first study was published in 2020. It examined 292 hoaxes that were propagated between March 14th and April 13th of that year. They were identified by three verification platforms, which are accredited by the International Fact-Checking Network. These falsehoods were of all types, with a third (34.9%) relating to science and health, a quarter (26.7%), referring to politics, and the remainder (38.4%) relating to other topics. The authors stated that social networks in general, open or closed, were the primary environment for spreading hoaxes. Only 12 of the 292 lies (or 4%) had made it into the media. This, according to the authors, shows the importance of journalists in filtering content.

Sources: Be careful about where you get information. Always use reliable sources.

Misinformation: We often get misinformation from people we trust (family, friends ). The fact that someone is close to another person does not make them a reliable source or stop them from sharing false information.

Contrast information is important: The more bizarre a story is the more it is worth checking its veracity through multiple sources, and not just one.

Be cautious: It is important to pause and think before sharing any news we have received via social media. Who is it good for? Who is it a benefit to? It can be true?

Filters: We must distrust information that is sent to us via platforms or channels where there are not professionals to filter it. This is especially true for social networks.

These hoaxes are not only propagated by conspiracy and pseudoscientific interests but also have their roots in hasty science. Leon says that the result has been distorted as a result of being misinterpreted. The authors believe that one of the major sources of falsification in the time period was the so-called "preprints", articles that have been uploaded to public repositories without having passed peer review. They don't pass the filters because of methodological failures, or any other type, but many die there.

According to a March 2020 'preprint', smoking protected against the coronavirus. It was made public that the percentage of Chinese hospitalized patients who smoked was lower than the average. Although that article, and others similar to it, failed peer review, the 'news' about nicotine's protective role spread quickly on Twitter. It is now known that smoking is an aggravating cause of the disease. In January 2020, another 'preprint" pointed out that SARS-CoV-2 could have been created in a laboratory by combining AIDS virus and severe acute respiratory syndrome (SARS) viruses. Researchers from the University of Navarra remember that the article's authors pulled it three days later. However, the idea continued to spread through the networks unchecked.

Salaverria's team calls this "extended authority", which Salaverria and his colleagues refer to as a problem. This has led to Salaverria's team describing an example of extended authority: an emergency physician has become a source for information on virology, even though he is not in control. Leon says that some feel empowered because they can wear a white coat and become professors on subjects in which they are not experts. "Many times, I have had to admit that I don't know." It is a risky thing to admit that, although there are some people who do it very wrongly, science is a very common way to say it. Lopez Goni, a microbiologist, is one of the top experts to help researchers during the pandemic. Journalists should contextualize their findings and not be afraid to express unfounded concerns, putting the risks in the proper context.

Leon advises us to be cautious with any health information we receive, even from well-known people. Many people were able to get WhatsApp from familiar voice messages that were recorded by alleged health professionals who claimed they could live scenes from apocalyptic movies. Salaverria says that it is easier to spot hoaxes on social media platforms like Twitter than on closed platforms like Facebook. "Twitter, when used properly, is a very useful professional tool. It has been demonstrated during the pandemic. You can learn a lot from your tribe if you are a member of one. Tulio De Oliveira, the South African researcher that discovered Omicron, is always an example I use. Lopez Goni says that if you followed him you would have all the information you need about Omicron.

Salaverria has three priorities: The development of algorithms for early detection of potentially misleading content; the creation a legal framework that does not resort to censorship; the generation of traceability with regard to content and attributing blame in the case of criminals; and the education of citizens about the use of tools with criteria>>.

Salaverria Leon, Lopez Goni and Martinez Costa, as well as Maria Carmen Erviti (also a researcher for the 'RRSSalud’ project, have written 'Dangerous Lies. The University of Navarra has a free guide called 'Guide to Avoid Misinformation in Health'.

1 A space experiment to prevent DNA from being damaged... 2 Citipix Granada is promoted to the Honor Division 3 A new U.S. survey shows that a majority of Americans... 4 Props and bases known to be discovered 5 Due to an increase in collection, the deficit has... 6 The Ibex ends its bullish streak but still holds 8,900... 7 Political polarization and rural life: Will Spain... 8 Aleix's first warning for the World Cup: pole... 9 The way we pronounce Uvalde speaks volumes about the... 10 Sanchez and Casado pass an exam in Castilla y Leon... 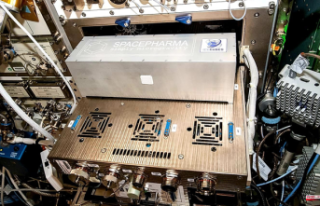 A space experiment to prevent DNA from being damaged...