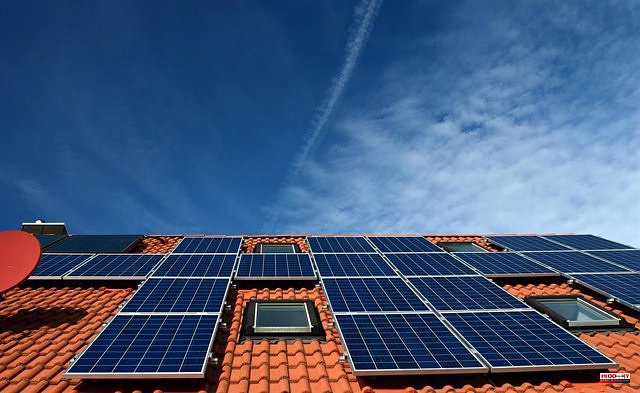 The Council of Ministers, at the proposal of the Ministry for the Ecological Transition and the Demographic Challenge, has approved the reinforcement of the incentive programs for self-consumption and storage systems with renewable energies, and for renewable thermal systems in homes and in different sectors of the economy.

Thus, among others, the self-employed will be able to benefit and deploy self-consumption in their workplaces, in addition a specific quota is authorized for them; The Energy Services Companies (ESC) and the penetration of the heat pump are also promoted.

The incentive programs that the Government has reinforced are part of the Recovery, Transformation and Resilience Plan (PRTR), are included in Royal Decree 447/2021 and Royal Decree 1124/2021, and are managed by the Institute for Diversification and Energy Saving (IDAE), a body dependent on the Ministry.

In this way, the modifications to the regulations allow the self-employed to be included as beneficiaries of the self-consumption promotion subprograms and they will be able to deploy self-consumption facilities in a workplace other than their home. In addition, the possibility is established that in the budget extensions a specific quota is reserved for them.

In addition, the ESE company model or investment by third parties is promoted so that a company can carry out the installations for individuals or other companies, thus facilitating the installation of self-consumption when the consumer does not have the capacity to undertake the investment.

Likewise, the storage capacity that is allowed to be installed is flexible, going from 2 kWh/kW to 5 kWh/kW, in line with the growing generalization of storage solutions.

Also, among the modifications of the Royal Decree, there is the expansion of the range of heat pumps that are eligible in the program, to facilitate a greater deployment of this technology, thus expanding the equipment that is allowed to be installed, many of them manufactured in Spain. .

In addition, a reference to the minimum average seasonal performance to be met in this technology for cold production applications in building air conditioning is included. This incorporation is motivated by the forthcoming publication of European regulations that will establish the methodology for calculating the amount of renewable energy provided by these applications.

Royal Decree 477/2021, of June 29, approved the granting of 660 million euros, expandable to 1,320 million, in aid for self-consumption facilities (up to 900 million), storage behind the meter (up to 220 million) and air conditioning with renewable energies (up to 200 million).

This is one of the first aid programs launched within the framework of the PRTR and it is the first on a large scale aimed specifically at self-consumption and storage. Currently, the autonomous communities are exhausting the initial budgets and requesting extensions, which confirms the interest and potential of self-consumption in our country.

With these lines, it is expected to incorporate 1,850 megawatts (MW) of renewable generation to the system. The creation of more than 25,000 direct and indirect jobs, a GDP growth of 1.7 million euros for every million aid and a reduction in CO2 emissions of more than one million tons per year is estimated.

It consists of six subprograms, according to the sectors and the technology to be developed, in which equipment and materials are subsidized; civil work; electromechanical, hydraulic, control and auxiliary equipment; management and monitoring systems, project drafting, technical reports and project management, among other actions.

1 The dome of the church of the Monasterio de la Alconada... 2 The judges definitively knock down the restrictions... 3 The new wave of the coronavirus already causes an... 4 A delivery man arrested for harassing a client to... 5 Putellas: "If there is something more complicated... 6 Kamel report: no new mandate for the CEO of the CIUSSS... 7 LeBron James: "Luka Doncic is my favorite young... 8 Gasoline prices: oil companies in the crosshairs of... 9 De la Rosa gets on the Arrows again at the 'Village... 10 Liberal MP Marwah Rizqy is pregnant 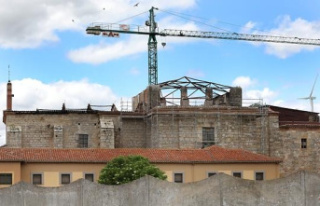 The dome of the church of the Monasterio de la Alconada...