The restrictions on hospitality applied by the Basque Government to contain the pandemic at Christmas 2020 are "null". 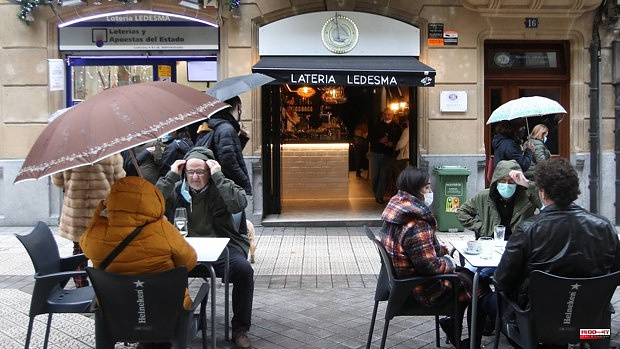 The restrictions on hospitality applied by the Basque Government to contain the pandemic at Christmas 2020 are "null". This has been decreed this Tuesday by the ruling of the Superior Court of Justice of the Basque Country that agrees with the associations of hoteliers who appealed the measures. The ruling of the Contentious-Administrative Chamber that was known this Tuesday also condemns the Executive of Urkullu to pay the procedural costs.

Specifically, it refers to the decrees approved by the Basque Government in December 2020 and in January 2021. The first imposed the total closure of the hotel industry in the municipalities with an incidence of more than 500 cases, and in the rest of locations the capacity was limited to 50% without bar service or the possibility of giving dinners.

The second decree, for its part, imposed a general closure at 8:00 p.m., limited capacity to a maximum of 60% and prohibited tables of more than four people.

The ruling explains that although the Basque Government provided data to "justify" the high incidence, it did not do the same when justifying the need to apply these measures or their specific utility in the hospitality sector. "What has not been provided is a specific report on the measures appealed or the suitability of those adopted," explain the magistrates. They criticize that the only justification was a document presented by the Department of Health dated March 26, 2021; that is to say, three months after having approved both decrees.

For all these reasons, the judges consider that the Basque Government "did not carry out" a specific analysis of the measures or their "necessity, proportionality and suitability." They reproach that they used an argument that could be applied "to a multitude of measures in very diverse fields." In fact, they add that at that time there were “several” sectors in which there was no closure of activities and that they “contributed” to the spread of the virus.

They therefore conclude that since the measures now annulled were not "motivated" or "proportional", "the freedom of enterprise and the right to work" were violated, provided for in articles 38 and 35 of the Constitution. Also broken, says the ruling, the principles of legal certainty and effective protection.

The spokesman for the Basque Government, Bingen Zupiria, could not hide his surprise when the journalists announced the ruling to him in the middle of a press conference. He has declined to offer an assessment on the merits of the matter for "ignoring" the content of the judicial decision. He did lament, however, the "difficulties" that the Basque Government encountered at the time to take restrictions in a context in which common criteria had not been defined to fight the pandemic.

The ruling, which is signed again by the controversial judge Luis Garrrido as president of the Chamber, represents the tenth setback of justice for Urkullu's anti-pandemic measures. It is actually the ninth judicial defeat because the Supreme Court corrected and allowed the implementation of the Covid passport after the TSJPV did not authorize it. In reality, the Basque judges have only endorsed the abolition of party favors and the prohibition of eating popcorn in movie theaters.

As Zupiria explained, the Executive's legal services are analyzing the content of the ruling to decide whether to appeal it. In any case, the resolution will not have effects beyond the symbolic because the hotel associations did not claim any specific compensation.

1 The new wave of the coronavirus already causes an... 2 A delivery man arrested for harassing a client to... 3 Putellas: "If there is something more complicated... 4 Kamel report: no new mandate for the CEO of the CIUSSS... 5 LeBron James: "Luka Doncic is my favorite young... 6 Gasoline prices: oil companies in the crosshairs of... 7 De la Rosa gets on the Arrows again at the 'Village... 8 Liberal MP Marwah Rizqy is pregnant 9 Russia claims to have destroyed weapons sent by the... 10 A good test for the defense of CF Montreal 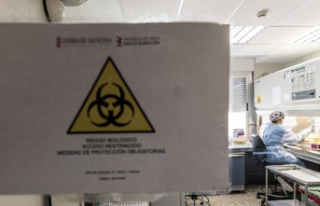 The new wave of the coronavirus already causes an...