The president of Castilla-La Mancha, Emiliano García-Page, presented this Wednesday the functional plan for the reform of the University Hospital of Guadalajara, in which the useful area will be doubled, increasing the number of beds, consultations, special units and services. 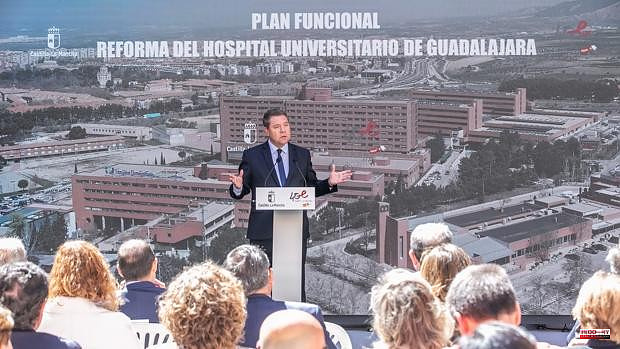 The president of Castilla-La Mancha, Emiliano García-Page, presented this Wednesday the functional plan for the reform of the University Hospital of Guadalajara, in which the useful area will be doubled, increasing the number of beds, consultations, special units and services.

Although the extension buildings are already finished, the new facilities still need to be equipped and, at the moment, there is no date for the move. Page announced at the time that this would begin on April 23, but then the Board has blamed the sine die delay on the shortage of materials caused by the war in Ukraine.

The manager of the hospital, Antonio Sanz Villaverde, considers that the functional plan of the new one is "relevant, sustainable, synergistic and compatible" with the current one.

In addition, it is "agreed with the professionals", who want "more diagnostic means, less uncertainty and less bureaucratization". «It had to be a plan also agreed upon with the patients, looking at least four decades away. And patients want more space, more comfort and more humanization », he adds.

Among the improvements, he cites a specific radiotherapy service to be able to face 90 percent of the treatments, an "extraordinary" space gain or the teaching and research unit. Likewise, the stroke unit, the pain unit, the pediatric day hospital and new services such as nuclear medicine are incorporated. In total, there will be 700 more spacious and bright rooms, aiming at individuality and with larger corridors. Likewise, it will be a "reference in the training of future professionals".

Meanwhile, the Minister of Health of Castilla-La Mancha, Jesús Fernández Sanz, believes that the current hospital "has given many satisfactions to Guadalajara" and that the new facilities are designed for "future generations." "Improving the field of teaching was necessary," he acknowledges.

Fernández Sanz recalls that the Board had to compensate previous builders with more than eight million euros and now the functional plan has given "a one hundred percent change" to the current hospital. "This change is what makes the area double towards a new hospital, which is what the people who live in Castilla-La Mancha deserve," he says.

For the president of the Autonomous Courts, Pablo Bellido, today's hospitals are like the "cathedrals or castles" of the past. “The will brings us here. A functional plan is a document where the photograph of how things are is shown, but it also makes a forecast of population and needs », he indicates.

Finally, the deputy mayor of Guadalajara, Rafael Pérez Borda, commented that the city will have "two new hospitals", not just one, since the renovation of the current facilities must be added to the expansion.

1 Meat Carnival 2022 in Valencia: complete program per... 2 PSG: Neymar assures that he wants to "stay"... 3 Roland-Garros: "We are not allowed to play with... 4 Farewells and claims in Australia 5 Lambán does not give in with the Winter Olympics... 6 What to do in case of a shooting? 7 “Run, hide, fight”, the advice that students in... 8 The Municipal Police seizes an 'arsenal'... 9 Albares rules out an "absolutely total closure"... 10 Sidonie, Ana Guerra and Tanxuguerias, at the Fairs... 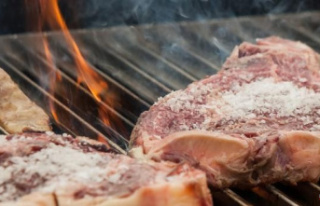