What to do in case of a shooting?

There are many macabre stories that come to mind when we talk about shootings. 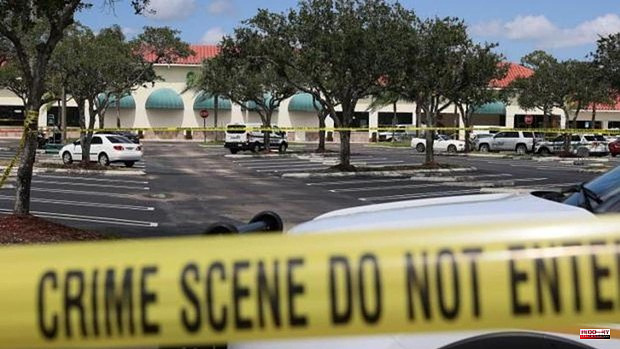 There are many macabre stories that come to mind when we talk about shootings. The United States is usually the epicenter of these massacres, which have left behind hundreds of dead and many wounded who have seen their lives turned upside down from one day to the next.

Virginia Tech, Newtown, Stoneman Douglas in Parkland, Columbine and now, the massacre at an elementary school in Uvalde, Texas, are just some of the latest tragedies that have been experienced in recent decades on the North American continent.

This last one, perpetrated by Salvador Ramos, a young man of 18 years, has moved the world again. At least 19 children and two adults have been killed in this shooting at Robb Elementary School in Texas, where the assailant interrupted with a gun in his hand to shoot schoolchildren indiscriminately.

[Massacre in Texas: What do we know about the massacre of 19 children and two adults in a school in Uvalde?]

Saving your life in one of these massacres can be a matter of making a good decision at the right time. Run away, hide, face the assailant, play dead... What should you do when you find yourself in the middle of a firefight? These are the keys that you should keep in mind and that could help you get out of this situation unscathed.

According to the direction of the National Terrorism Security Office of the United Kingdom, the best option is to run or hide behind a “heavily reinforced wall”. That is what the agency explains in a guide published after the November 2015 attacks in Paris to know how to act in the event of a shooting.

This report from the British corporation indicates that, in case of being immersed in these attacks with firearms, it is necessary to follow a series of principles:

1. Run: if there is a safe route, the best option is to run to escape from the aggressor. In this case, it will be necessary to leave all your belongings behind and, in addition, try to encourage other colleagues to join your getaway.

2. Hide: If you can't flee from the scene of the attack, you'll need to find a safe place to stay for the duration of the firefight. Ideally, find a hiding place behind reinforced walls (bullets can pass through glass, wood, brick, and metal). You can try to block the entrances of the place where you are sheltering with heavy objects.

3. Tell it: as far as possible, you should alert the police to what is happening and tell them all the information you have about the incident so that they can take it into account.

1 “Run, hide, fight”, the advice that students in... 2 The Municipal Police seizes an 'arsenal'... 3 Albares rules out an "absolutely total closure"... 4 Sidonie, Ana Guerra and Tanxuguerias, at the Fairs... 5 The Palencia avant-garde and Jorge Manrique 6 The Board plans to rehabilitate more than 6,700 homes... 7 Who was Kanamat Bothasev? Highest-ranking commander... 8 Final Partygate Report Holds Johnson Government Leaders... 9 The Xunta gives the green light to more than 10,000... 10 2022 Finnish Grand Prix canceled 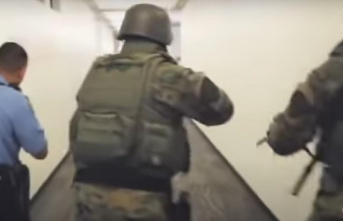 “Run, hide, fight”, the advice that students in...