Sidonie, Ana Guerra and Tanxuguerias, at the Fairs and Festivals of Segovia 2022

Ana Guerra will inaugurate on Saturday, June 18, the musical events of the Fairs and Festivals of San Juan and San Pedro de Segovia, which this year, both by calendar and to enjoy after two years of absence due to the pandemic, will last 12 days, until the festive day of San Pedro, June 29. 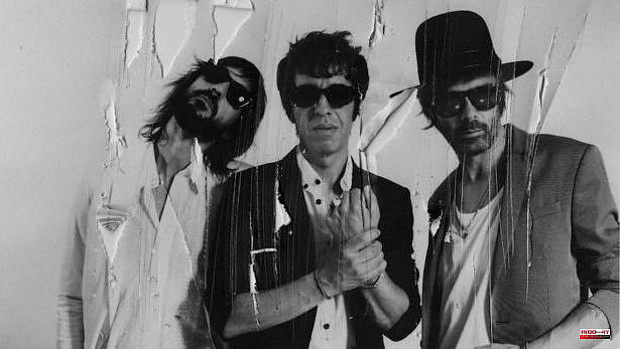 Ana Guerra will inaugurate on Saturday, June 18, the musical events of the Fairs and Festivals of San Juan and San Pedro de Segovia, which this year, both by calendar and to enjoy after two years of absence due to the pandemic, will last 12 days, until the festive day of San Pedro, June 29. A musical calendar with Sidonie, Tanxugueiras, Reincidentes, the Panorama orchestra, Go Roneo and Mafalda. The budget for this part of the programming is 200,000 euros, with an increase between 10 and 15 percent.

The mayor of Segovia, Clara Luquero, has detailed that this year "festivals will be played and with quite a few days because the calendar was caught in this way", to inaugurate the Fairs and Festivals on a weekend, on Saturday 18, and cover the dates of San Juan and San Pedro, with programming before the arrival of the traditional "witch night, of the bonfires, of the theater", the night of San Juan, which is part of the festive identity of the city.

Luquero has recalled that this circumstance already occurred during her time as Councilor for Culture to extend the dates, which intensifies during the weekends and on the dates around June 24 to 19, with other moments not so intense.

Segovia has one more festival this 2022, after two years without its Fairs and Festivals. Now there are no restrictions due to the pandemic and the City Council wants to convene in the street, the celebration of citizens to "share and enjoy now that you can", said Luquero, who is satisfied with the way things are done the two years above, avoiding street parties and mass events. "We were very cautious," he summarized.

For his part, the Councilor for Culture, Alberto Espinar, remarks that it is a musical program "very broad, extensive and varied, seeking to satisfy all musical tastes and all ages and audiences, with different musical styles." An item of 200,000 euros, VAT included, has been allocated, with an increase of between 10 and 15 percent compared to before Covid.

According to Espinar, this price increase has occurred in all sectors, including the artistic sector. “One of the most affected and damaged by the restrictions, for some time now, an increase in prices that makes it more complex and difficult for extensive and quality varied programming for 12 days,” he has maintained.

The Department of Culture has had to reserve and block the dates for performers, groups and orchestras due to the large number of regional and national patron saint festivities in the last weeks of June.

1 The Palencia avant-garde and Jorge Manrique 2 The Board plans to rehabilitate more than 6,700 homes... 3 Who was Kanamat Bothasev? Highest-ranking commander... 4 Final Partygate Report Holds Johnson Government Leaders... 5 The Xunta gives the green light to more than 10,000... 6 2022 Finnish Grand Prix canceled 7 Google opens its 'cloud' region in Madrid... 8 The Barcelona City Council will present a complaint... 9 The IVAM presents an exhibition by Mar Arza that reflects... 10 Albares sees the possibility of "unraveling"... 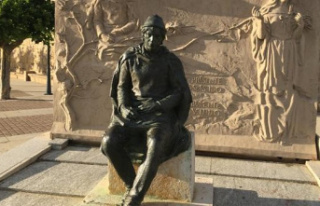 The Palencia avant-garde and Jorge Manrique