The Council of Ministers approves raising "the largest public job offer in history" to almost 45,000 places

The largest public employment offer in the history of the General State Administration will finally amount to a total of 44,787 positions by 2022. 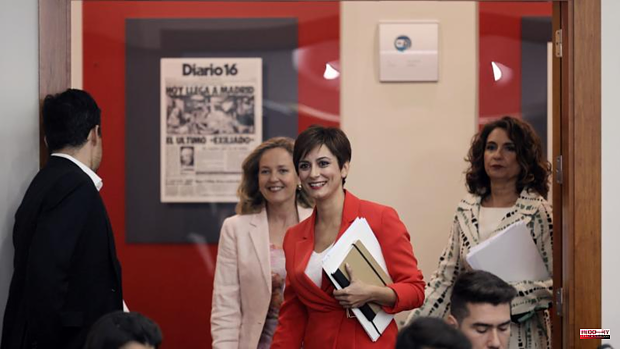 The largest public employment offer in the history of the General State Administration will finally amount to a total of 44,787 positions by 2022. The positions are divided into a total of 34,151 ordinary offers, 12.2% more than in 2021, and 10,636 stabilization offer. In breakdown, the ordinary job offers are divided into 25,471 for the General State Administration (15,880 for free entry and 9,591 for internal promotion), 4,992 for the State Security Forces and Bodies, 1,951 for the Armed Forces, 1,732 for the Administration of Justice and another five for the CGPJ.

As explained on Tuesday by the Minister of Finance and Public Administration, María Jesús Montero, at the press conference after the Council of Ministers, it is "the largest public job offer in history." Based on this plan to tackle public temporary employment, before June 2022 all administrations will have to publish public offers for the stabilization of temporary employment, not only the General State Administration, but also the autonomous communities and municipalities. Thus, the places must be announced before December of the current year so that the processes are completed and the places awarded before December 31, 2024.

The minister stressed that this job offer stems from the agreement between the Government and the Civil Service unions and "reflects the will of the Executive" that the Public Administrations have the necessary resources and job stability. "The Government, within its most intimate DNA, has to strengthen public policies and for that workers and job stability are needed," added Montero.

Public Function yesterday agreed with the CC.OO., UGT and CSIF unions the approval of 29,578 places for 2022, in what was already the largest public employment offer in the history of the General State Administration. Now the almost 15,000 places destined for the State Security Forces and Bodies and Justice are added. The unions highlighted yesterday that it complies with the provisions of the General State Budget, where an increase in the rate of replacement of troops in the general administration of the State of 120% in priority sectors and 110% in other sectors was expected.

On the other hand, the agreement with the Government contemplates streamlining the selection processes through social dialogue. This measure is intended to approximate as much as possible the moment of incorporation of the new candidates to the publication of the offers. In fact, UGT criticized that at present, since the offer is published until the call becomes effective, the waiting period can take more than two years.

1 Puy du Fou joins the Historic Nursery of the Toledo... 2 Marcelino: "The time has come to give thanks... 3 “We innovate to match supply and demand”: At Pôle... 4 The King conveys his "full support" to the... 5 A meeting with 21 Nobel Prize winners will decide... 6 Check which are the richest and poorest neighborhoods... 7 The Spanish diplomatic personnel expelled by the Moscow... 8 Roland-Garros: Rune, a first Grand Slam victory, while... 9 Foot: AJ Auxerre offers travel to its supporters for... 10 Football: the next Ballon d'Or will be awarded... 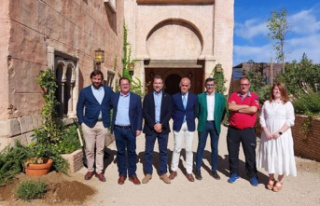 Puy du Fou joins the Historic Nursery of the Toledo...