Check which are the richest and poorest neighborhoods in Madrid

The inequality between neighborhoods is also visible in the Community of Madrid. 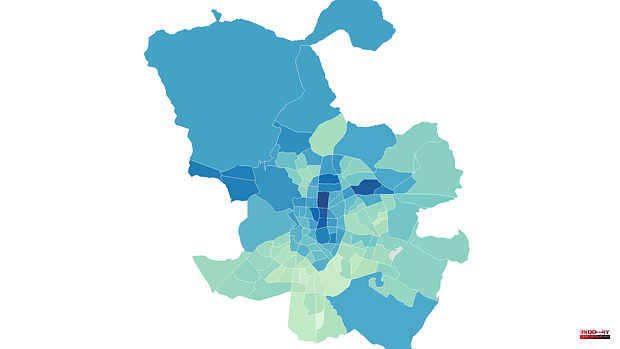 The inequality between neighborhoods is also visible in the Community of Madrid. This is demonstrated by the Urban Indicators that the National Institute of Statistics (INE) has just presented, which outline the abysmal difference between the average income per inhabitant in each of the neighborhoods of the Spanish capital.

This annual project collects information on living conditions in the most important cities in Spain based on a study within the European Union. In it, data such as the highest incomes, the unemployment rate, birth rate or life expectancy in each region are analyzed.

Within this, the study collects which are those neighborhoods with the highest and lowest income in Madrid, a city that heads the list with the three richest neighborhoods in Spain.

These are the neighborhoods where each inhabitant earns more and less money annually.

[Check how many people have your first or last name]

Madrid is at the head of the neighborhoods with the highest average annual net income per inhabitant in Spain. That is what these INE indicators say, collected in 2019, which place El Viso (42,107 euros), Castellana (37,212 euros), Piovera (36,928 euros), Recoletos (35,613 euros) and Almagro (33,766 euros) among the neighborhoods richest in our country.

If we look at it from the opposite side, there are also many places in the Spanish capital that are in the top positions with the lowest income in Spain.

The worst located of all of them is the neighborhood of San Cristóbal, located in the south of Madrid, which is placed in fifth position of the neighborhoods where the poorest people live, with only 6,955 euros of average income.

It is followed in the list of neighborhoods with the lowest incomes in Madrid by some such as Pradolongo (8,665 euros), San Diego (8,743 euros), Entrevías (9,258 euros) or San Andrés (9,633 euros), also located in the southern part of the Madrid capital. .

For its part, the Community of Madrid is also at the head of the Spanish municipalities with the highest income per inhabitant in all of Spain.

Thus, the town of Pozuelo de Alarcón has ranked first in Spain, with 26,367, followed by Boadilla del Monte, where the average salary of its inhabitants amounts to 21,976 euros.

In the top 5 of the municipalities with the highest income, there are also two others from Madrid, such as Torrelodones, with an average of 20,810 euros, and Majadahonda, with 20,652 euros.

1 The Spanish diplomatic personnel expelled by the Moscow... 2 Roland-Garros: Rune, a first Grand Slam victory, while... 3 Foot: AJ Auxerre offers travel to its supporters for... 4 Football: the next Ballon d'Or will be awarded... 5 Roland-Garros: Benoît Paire leaves in the first round 6 The Generalitat will launch the daily night bus in... 7 Congress approves declaring Putin persona non grata... 8 The Valencia tram turns 28 with 172 million journeys... 9 Foot: First call for Jarrod Bowen with England 10 Pro D2: Provence Rugby, a new staff for great ambitions 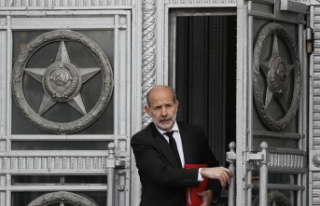 The Spanish diplomatic personnel expelled by the Moscow...