One of the objectives of the NATO Summit in Madrid has already been fulfilled. 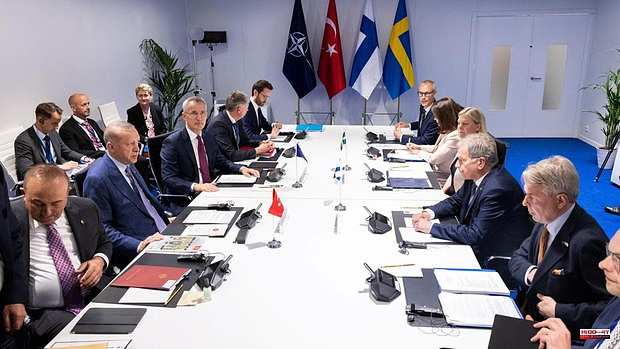 One of the objectives of the NATO Summit in Madrid has already been fulfilled. The invasion of Ukraine has prompted Finland and Sweden to seek additional protection from the Alliance. A decision that has had the approval of almost all the members of the organization. Except for Turkey.

The Ottoman country has been against the entry of the Scandinavians since they officially announced their intentions. Because there are two fundamental reasons for the Turkish veto. The most widely used from Ankara is that the Nordics refuse to extradite members of the Kurdish Workers' Party (PKK), a formation described by Turkey as a "terrorist organization".

“Sweden is an incubation center for terrorist organizations.

They host terrorists. In your Parliament there are deputies who defend terrorists. We will not say 'yes' to those who host terrorists when they want to join NATO," Turkish President Tayyib Erdogan said in the past.

Another point that kept these three nations at odds is the arms embargo imposed by Finland and Sweden on Turkey for its military operations in northern Syria in 2019 against the Kurds.

[The six decisions that will come out of the NATO summit]

The landscape has completely changed. Because on the opening day of the NATO Summit in Madrid, Erdogan has lifted the veto on the accession of Sweden and Finland. "We have an agreement that allows Sweden and Finland to join NATO," celebrated the secretary general, Jens Stoltenberg, from the press room of the Ifema fairgrounds.

This puts an end to the main obstacle for Helsinki and Stockholm to join the ranks of the Alliance, since the unanimous approval of all members was necessary.

But nothing is free. To get Turkish approval, Finland and Sweden have committed to facilitating arms exports and the fight against terrorism, as Stoltenberg himself recounted: «Sweden and Finland have committed to fighting the PKK and reaching an extradition agreement with Turkey» .

1 How are non-contributory pensions after the increase... 2 Former boxer Mike Tyson: "The three years I spent... 3 What are the protocols and what to do if you test... 4 Rueda censures the docility before the Government... 5 The first inclusive entrepreneurship project promoted... 6 The judge releases the alleged cryptocurrency scammer... 7 Belarra presses Marlaska and Albares by letter to... 8 Direct and proportional election in the CGPJ: this... 9 Sánchez accuses PP and Vox of being a terminal of... 10 An Algerian is stabbed in the chest in a brawl in... 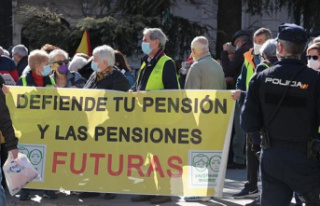 How are non-contributory pensions after the increase...