In the 80s he rose as one of the most popular boxers in history, and in the following decade he descended into hell. 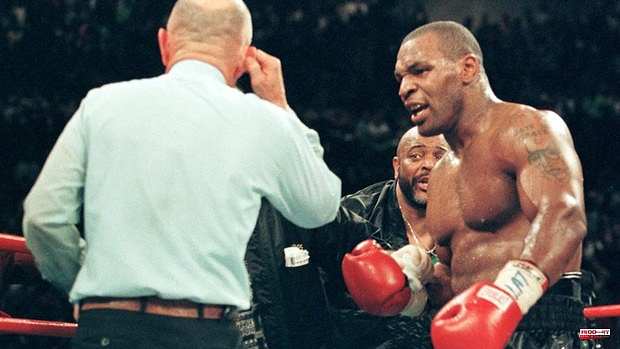 In the 80s he rose as one of the most popular boxers in history, and in the following decade he descended into hell. Mike Tyson's glittering record and overflowing trophy shelf has been overshadowed, for 30 years, in a particularly tough episode. In 1992, the model Desireé Washington, a contestant in the Miss Black America beauty pageant, accused the athlete of having sexually abused her. He, who pleaded guilty, was sentenced to six years in prison, although he was released after serving half of the sentence, due to his good behavior in prison.

When he was put behind bars, Tyson was at the height of his career.

The public paid large amounts to see him, and their pockets were full. He had the world at his feet, but, as he confesses, he only began to be happy when he was away from all that.

In an interview with the radio program The Pivot Podcast, collected by the newspaper Marca, the former boxer affirms that he lived "the best three years" of his life in prison: "I found peace. Money means nothing if you don't have peace, stability and balance. You need to be healthy to manage any part of your life », he explains.

Tyson, throughout the conversation, also showed what his point of view on life is: "It is the will to die," he said. “Once you die, your life begins. There is more out there than what we know. You have to kill your ego to appreciate life. It's okay to have your ego, but that's not life. Use it to play football or box, or whatever, but live your life without it », he recommended in said interview.

His memory of that time is happy. “I had food, everyone was nice to me, they treated me well. I used to run around the yard for about 13 kilometers, and in the afternoons I would jump for four hours in my cell. Everyone treated me well in prison, they were afraid of me, but I was always a good person, "confessed the athlete.

1 What are the protocols and what to do if you test... 2 Rueda censures the docility before the Government... 3 The first inclusive entrepreneurship project promoted... 4 The judge releases the alleged cryptocurrency scammer... 5 Belarra presses Marlaska and Albares by letter to... 6 Direct and proportional election in the CGPJ: this... 7 Sánchez accuses PP and Vox of being a terminal of... 8 An Algerian is stabbed in the chest in a brawl in... 9 The best beach bars and terraces for these holidays... 10 Queen Letizia recycles a 'made in Spain'... 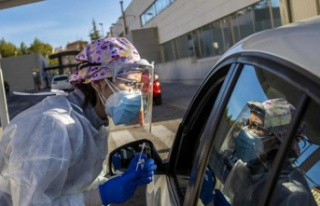 What are the protocols and what to do if you test...