Maximum caution in the European Stock Exchanges after the harsh collapse suffered yesterday by Wall Street in what was the worst session of the last two years for the main financial center in the world, with falls of around 4% in the Dow Jones and the S. 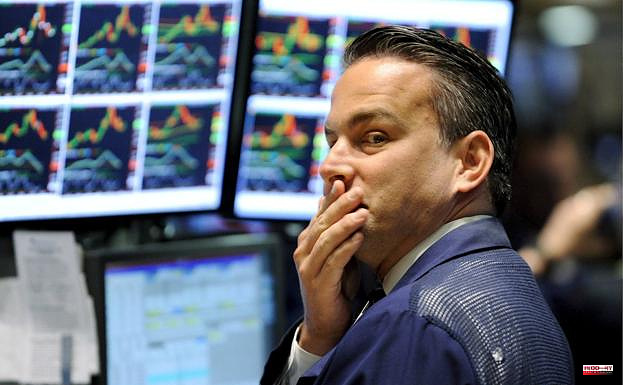 Maximum caution in the European Stock Exchanges after the harsh collapse suffered yesterday by Wall Street in what was the worst session of the last two years for the main financial center in the world, with falls of around 4% in the Dow Jones and the S

The first two indicators marked their lowest levels for the year at the end of the day, with the first already losing 17.7% in the year and the second 13.3%, as Link Securities analysts recall.

Against this backdrop, the Ibex-35 fell 0.85% in the early stages of trading to 8,404 points, although it is likely that the opening of Wall Street will mark the definitive trend in the market.

IAG leads the declines with losses of more than 2%, amid doubts about the economic recovery that also hit the price of other giants of the national stock market such as Inditex, which yields more than 1%.

With investors very aware of any news regarding the monetary policies of the central banks, yesterday the difficult balance between the fight against inflation and the impulse to the economic recovery was once again evident.

And not just because Treasury Secretary (and former Fed Chair) Janet Yellen warned of a potential entry of the world economy into a period of stagflation. This time it has been the companies in the retail sector (retailers) that, in their presentation of results, have unleashed the fear of rising costs (caused by various factors) and that is already unaffordable for many of them.

Specifically, giants such as Target or Walmart have warned of "unexpectedly high" costs and their impact on the income statement, due to problems in supply chains, fuel or, in the case of Walmart, "because of the high wages."

In other words, investors are beginning to be aware that large companies will not be able to endure much longer by containing margins to avoid transferring this increase in costs to the price of their products. And that does not please a market in which the recovery of consumption is key to retaking the path of growth.

Especially since Target recognized that it is already observed that consumers have begun to modify their purchasing habits, spending less on items classified as discretionary consumption, such as household items and clothing, which tend to have higher margins, and increasing purchases of other lower-margin commodities.

"This type of attitude usually takes place when consumers lose confidence in the future of the economy and, therefore, in the future financial situation," they indicate from Link Securities.

In the raw materials market, the price of a barrel of Brent, a benchmark in Europe, continues to rise above 110 dollars. For its part, the American West Texas is around 108 dollars.

1 'Cathedral 1221': learn about the Middle... 2 Virtual and educational reality 3 Spain will stop requiring the Covid certificate from... 4 RSA: paid against minimum activity? What goal for... 5 Former President George W. Bush confuses Ukraine with... 6 “The world is collapsing”, around 60 million displaced... 7 2022 income tax: when is your filing deadline? The... 8 A sexual predator arrested for abusing 26 minors 9 The notice of the new Valencian Minister of Health... 10 The TC admits the Government's appeal against... 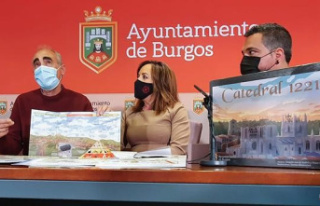