'Cathedral 1221': learn about the Middle Ages through a board game

Burgos City Council has published a board game on Burgos Cathedral, the Middle Ages and the Camino de Santiago, of which 250 copies have been published at a cost of 8,500 euros. 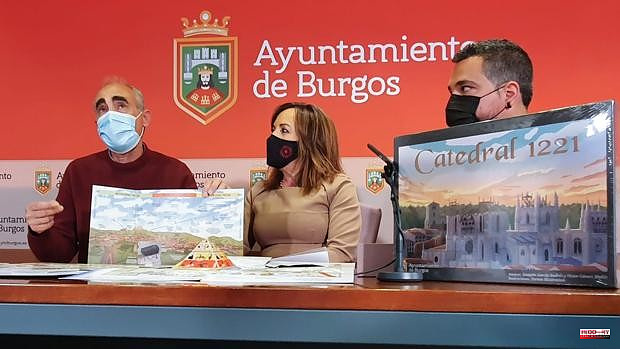 The president of the Municipal Institute of Culture, Rosario Pérez Pardo, points out that this is an initiative that is part of an educational project related to Burgos Cathedral in which the City Council has also included other activities, such as guided tours of the Cathedral, a game of the goose on the temple and a special edition of the Book Hall dedicated to the Middle Ages.

The new game "Cathedral 1221" -the year in which the first stone was laid, a moment eight centuries have just passed-, is already being distributed in educational centers with Secondary, Baccalaureate and Vocational Training cycles, although it will also be sold in bookstores and toy stores in the city for around 30 euros.

Professors Joaquín García Andrés and Víctor Gómez Muñiz are the creators of this board game in which the key is to become the builders of this Gothic temple on the Romanesque plan of the basilica, to be pilgrims on the Jacobean Route and to participate in the society of the Medieval from the social class or the estate that you have to assume, in something that resembles traditional role-playing games.

One of the designers of the project, Joaquín García, remembers that it is a didactic initiative, although he also seeks to entertain the participants. In any case, he assures that special knowledge about the Middle Ages or Burgos Cathedral is not required to be able to play, which emphasizes its informative nature.

The game consists of three boards: one with information on the economic and social aspects that are dealt with in the questions; another as a credential for the Camino de Santiago that must be traveled, which includes political knowledge of the Middle Ages, and another more focused on culture and art, which corresponds to the Romanesque plan of the Cathedral.

The designers have looked for a model that allows you to play individually, with a maximum of four people, or in groups. The other designer, Víctor Muñiz, highlights the role-playing part, which makes each game different, because it is conditioned by the social, class role that each of the participants has to assume, which implies some advantages and disadvantages in each movement.

Although at the moment it is only available in Burgos, the Councilor for Culture has already advanced her intention to take it to other cities, because "it can also be interesting for another audience, as exhaustive knowledge is not required and it has educational and informative content."

1 Virtual and educational reality 2 Spain will stop requiring the Covid certificate from... 3 RSA: paid against minimum activity? What goal for... 4 Former President George W. Bush confuses Ukraine with... 5 “The world is collapsing”, around 60 million displaced... 6 2022 income tax: when is your filing deadline? The... 7 A sexual predator arrested for abusing 26 minors 8 The notice of the new Valencian Minister of Health... 9 The TC admits the Government's appeal against... 10 Calviño demands explanations from the emeritus and... 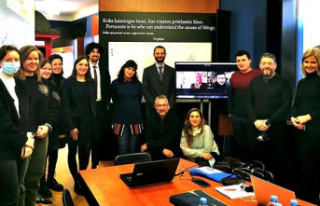