The BMV band reduces their sentences to a quarter and agrees to 32.5 years

United by family or neighborhood ties, each of the members of the BMW gang had their role. 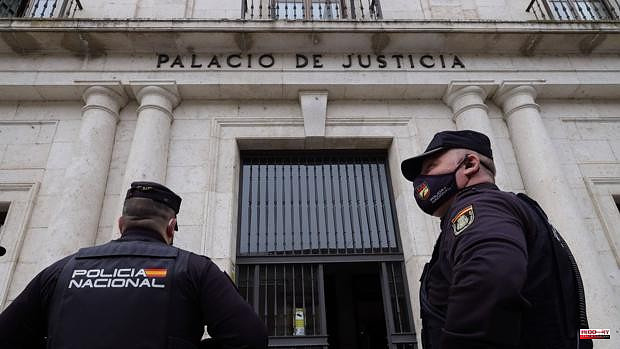 United by family or neighborhood ties, each of the members of the BMW gang had their role. In the assaults, a perimeter control of the objective was established, in which several were stationed to monitor the access roads and the police presence and others kept the vehicle running for a quick escape while the rest executed the plan. Up to 18 robberies are attributed to them in four frenetic months between 2016 and 2017 in the provinces of Valladolid, Salamanca and Zaragoza in which they circumvented the locks of bars, schools, homes or shops and made off with disparate loot. From the classic safes to hams, vacuum cleaners, copper wiring or elements for growing cannabis.

Some crimes for which they have assumed sentences that add up to 32.5 years in prison after achieving a considerable reduction, since they represent less than a quarter of the provisional request of the Prosecutor's Office (142 years) with which they have reached a pre-trial agreement. Despite this, the hearing continues tomorrow at the Valladolid Provincial Court since the conformity of the accused is limited to crimes related to thefts, but the money laundering against the group's 'leader', J.L.D.R, alias 'Pipi, remains to be resolved. and his parents.

After more than four hours of waiting since they were summoned until the consent agreement between the parties was signed, one by one, the twelve members of the BMW gang present at the hearing -there are two others who are still in search and capture – They have been accepting their sentences, in which the crime for belonging to a criminal group has been eliminated and which have been reduced under the mitigating factors of repairing the damage and undue delays, in some cases also being aggravated by recidivism among those who had background.

The members of the gang – three of the defendants have come straight from prison – have thus accepted sentences ranging from four years and seven months in prison – for some of them more than 33 were initially requested – and a fine of 364 euros for crimes of robbery with force in things as well as others with violence and intimidation, against road safety or crime simulation.

The alleged ringleader, who was the one who, according to the Prosecutor's Office, was in charge of setting the objective and planning and organizing the robbery, has been in prison for five years. After assuming his responsibility today with regard to the twenty robberies attributed to the gang, and which he has accepted wearing a sweatshirt with the BMW logo, he will have to give an account tomorrow about the accusation of money laundering that weighs on he and his parents for the acquisition of a property and two vehicles for an amount of 56,000 euros for which the Prosecutor's Office requests three years in prison for 'Pipi' and two for his parents, as well as a fine of 150,000 euros. The defense hopes to obtain an acquittal as these are movements prior to the assaults for which the band has been judged.

1 Three people injured after colliding two cars in Consuegra 2 Tennis: John McEnroe evokes a boycott of Wimbledon... 3 A defendant in the Villarejo case asks the judge to... 4 Escrivá will include 10% incentives in Companies... 5 Suspicion of rape of minors: singer Jean-Luc Lahaye... 6 Mañueco charges Sánchez and Tudanca accuses him... 7 Albares will explain tomorrow to Torres the new stage... 8 These are the reasons why 258 patients were admitted... 9 The shipyards of La Naval de Sestao, the only ones... 10 Galicia extends to Don Felipe the affection that he... 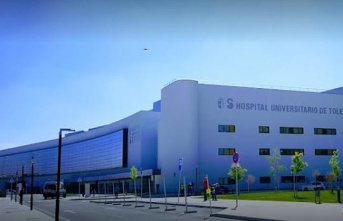