The shipyards of La Naval de Sestao, the only ones that have survived the 21st century, will be a Cultural Asset

When you walk along the estuary, it is hard to imagine that those cranes that have been standing still for several years are one of the last remnants of La Naval. 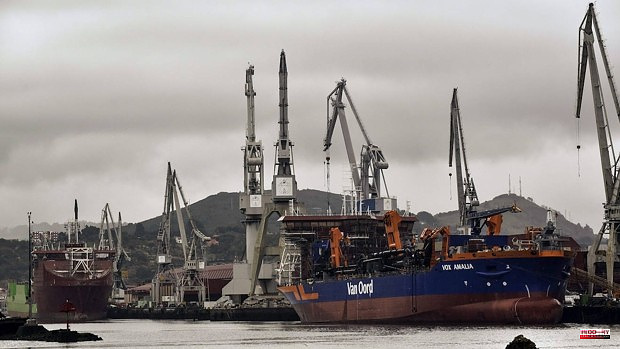 When you walk along the estuary, it is hard to imagine that those cranes that have been standing still for several years are one of the last remnants of La Naval. However, they have been silent witnesses of 130 years of activity that spans from the beginning of the construction of steel ships at the end of the 19th century until its decline and closure in the 20th century. From today they will also be a Cultural Asset of Special Protection, with the category of Monumental Complex.

The Basque Government has decided to grant it this distinction, taking into account the historical value that this industry now in disuse hides. It was the first shipyard in the Nervión estuary at the end of the 19th century and was consolidated as the most complete naval factory in the country in the 1920s.

Later, they were also pioneers in the construction of marine diesel engines and therefore the first shipyard, together with Euskalduna, to build motor ships in Spain. After the industrial reconversion, it was also the last original shipyard of those that were installed in the estuary and the only one that has managed to maintain its activity until the 21st century.

In addition to its historical value, the Basque Executive has also wanted to highlight its social value, linked "to the labor movement and economic development" of the entire province, and its important scientific value "as a qualitative source of technological base on the development and evolution of production techniques and processes from another time”.

There is no doubt, moreover, that it has a remarkable landscape value due to the "interaction of cultural and natural values" that occurs, as well as for its status as the "last purely industrial reference point" in the surroundings of the estuary. Its potential for reuse has also been assessed, since its facilities not only favor the preservation of activities but could also house "new uses".

Among the protected assets is the Naval Monumental Complex, which includes the workshop and the boiler machines, built in 1888, and also the two dry docks that were still preserved at its closure. In addition, the power plant, another of the founding buildings, has been protected; the dining pavilion; the mechanical workshop or the general offices.

In practice, this declaration supposes a greater protection of one of the industrial vestiges that still remain in the Basque Country. From now on, any intervention in these assets must have the authorization of the Provincial Council of Vizcaya. 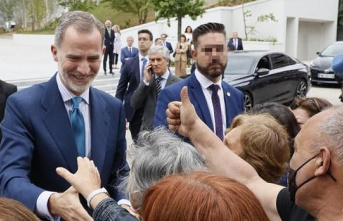 Galicia extends to Don Felipe the affection that he...