It had not started well on Tuesday for the Government in the face of the approval of the public pension fund. 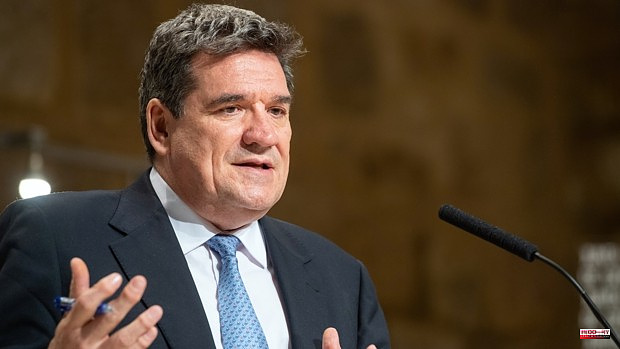 It had not started well on Tuesday for the Government in the face of the approval of the public pension fund. The presentation of the amendments introduced by the political parties to improve the bill with which it is expected to promote employment pension plans had been closed at noon as a kick forward from the Ministry of Social Security, which ended the meeting without confirming what measures proposed by the formations would be included in the package that will pass in the coming days and what will be left out.

But only a few hours after the meeting in the Congress of Deputies ended, and after the Government verified the difficulties that it still had in gathering the necessary support to carry out the measure, the cabinet of Minister José Luis Escrivá, communicated to PP and Cs that they will give in to their demands to facilitate the approval of the milestone committed to with Brussels within the pension reform.

Finally, despite the resistance of the Ministry of Finance, a 10% incentive will be included in the Corporation Tax for the contributions made by the employer in favor of the employee to the pension plan.

Specifically, the key to adding the votes was in the compromise of María Jesús Montero's team to increase tax incentives for the public pension fund. Sources close to the negotiation confirm to ABC that the Treasury had rejected any modification that would imply a reduction in income for the state coffers.

The measure will have a budgetary impact due to a reduction in income of 26.3 million euros. And it will be applied to business contributions to social security systems in favor of workers with annual gross remuneration of less than 27,000 euros. Specifically, this point of the fiscal incentive in the Corporation Tax was included in amendment number 41 of those presented by the PP, and also in amendment number 141 of Cs. Finally, the Executive accepts the proposal of the 'popular', which moderated the fiscal cost that would tend to deduct 15% of the orange formation, which amounts to 39.5 million euros.

In the same way, from the orange formation they celebrate that the Government is going to modify the governance system of the pension funds that will have private management, but whose promotion will be public. On this element hung the possibility that the administration directed the destination of the investments of the savings deposited by the workers, even assuming the power of veto over some of the decisions of the management committees formed in the companies.

"We have managed to depoliticize the public fund by eliminating the right to veto over investments that exists right now," said the spokeswoman for Cs in the Toledo Pact, María Muñoz, after hearing the news, also assuring that "the party's proposal liberal so that companies that create pension plans for their workers have tax incentives, it is a reality ».

For their part, parliamentary sources confirm the caution of the PP after learning about the assignment of Minister Escrivá -which is rather the assignment of Minister Montero, who is reluctant to give up State income in this bill-, the caveats and precautions regarding the latter gesture. From the popular ones, they transmit to ABC that some of the sensitive points of the amendments introduced in the articles still need to be negotiated.

"We continue, therefore, in a position of rejecting the proposal promoted by the Pedro Sánchez Executive", PP sources point out to this medium, recalling that most of the proposals have been rejected. Specifically, the popular ones focus on achieving transitory for the dismantling that the Government is carrying out in the third savings pillar, where the personal income tax exemption for contributions to private plans has been reduced to 1,500 annuals.

Finally, from United We Can -which had threatened the viability of the bill by demanding that the only incentive for companies be eliminated through the deduction of up to 400 euros per worker in the Social Security fee- this Tuesday assuring that to negotiate they need "guarantees" in the face of the "doubts" of the social movements that this law "is not a lead for the privatization of pensions."

“That is very complicated if along the way it uses trial balloons or the other groups, even those of us who are part of the Government, feel cheated at some point in the negotiations,” said the spokeswoman for United We Can before the Toledo Pact, Aina Vidal , who now asks the minister to "calm down" "in order to save" a reform that, in his opinion, "is important."

1 Suspicion of rape of minors: singer Jean-Luc Lahaye... 2 Mañueco charges Sánchez and Tudanca accuses him... 3 Albares will explain tomorrow to Torres the new stage... 4 These are the reasons why 258 patients were admitted... 5 The shipyards of La Naval de Sestao, the only ones... 6 Galicia extends to Don Felipe the affection that he... 7 “Phoenix” takes command at Bayona Sailing Week 8 Ligue 1: search at the headquarters of Losc 9 Roland-Garros: Badosa too strong for Ferro 10 Foot, Transfers: return of Rémy Riou (Caen) to Lyon 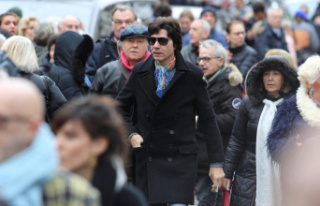