The University of León (ULE) has announced this Monday the content of the text written by King Felipe VI by stamping his signature in the Book of Honor of the academic institution, during the visit on Tuesday to the Campus of the capital of Berciana. 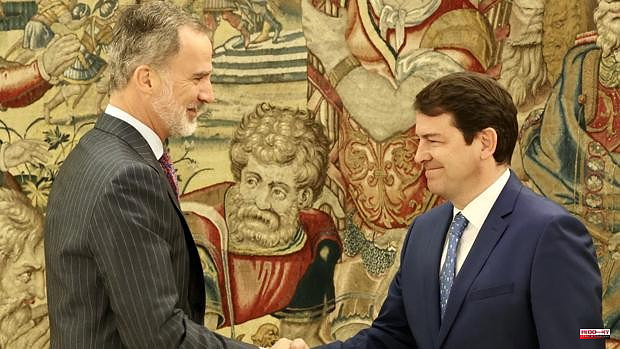 The University of León (ULE) has announced this Monday the content of the text written by King Felipe VI by stamping his signature in the Book of Honor of the academic institution, during the visit on Tuesday to the Campus of the capital of Berciana. In his dedication, the Head of State extols "the values ​​and identity" of the Bierzo region and values ​​the "constant effort to improve" of the ULE in the city.

«On the occasion of the 25th anniversary of the Ponferrada Campus of the University of León, I have the pleasant opportunity to visit its facilities and check its evolution, assuming the challenges of a demanding and modern training for our university students, as well as those of a responsible implementation and aware of the values ​​and identity of this region of Bierzo and the city of Ponferrada.

Many congratulations for this anniversary and for the constant effort to improve, such as the new Podiatry Clinic that we have inaugurated, the sculpture park so closely linked to nature and the future College that is underway. With all my affection and my best wishes for the future," reads the full text, made public this Wednesday.

Since September 1984, the ULE has had this Book of Honor, whose first lines were written by the then rector, Miguel Cordero. Days later, the former bishop of León, José Ángel Belda, has joined a volume that also has the signatures of the former Prime Minister José Luis Rodríguez Zapatero, the former Minister of Defense, José Antonio Alonso, as well as the former president of the Constitutional Court, Francisco Tomás y Valiente, murdered by ETA.

The first signature of a member of royalty that can be seen in the Book of Honor of the ULE does not correspond to the Royal House of Spain, but was stamped by the then prince and today King Felipe of Belgium in May 1989. The The signatures of today King Emeritus Juan Carlos I and his wife, Sofía, are dated March 1994, when the monarchs inaugurated the new Economic, Technological, Veterinary Clinic and Animal Facility buildings on the Vegazana Campus.

In February 2008, the current king and queen, Felipe and Leticia, were present at the investiture ceremony of Anibal Cavaco Silva, president of Portugal, as Doctor Honoris Causa. As they arrived directly at the Ciudad de León Auditorium without first passing through the rectorate, which the Portuguese president did, the Book of Honor has the latter's signature, but not that of the king and queen.

On the other hand, the volume has very striking pages written in other languages ​​and alphabets such as Cyrillic, Chinese or India. José Antonio Pascual, Víctor García de la Concha, Luis Mateo Díez, José María Merino, Federico Mayor Zaragoza or Pedro Duque are other personalities whose signature appears in this Book of Honor.

1 The Diputación de Alicante increases the cultural... 2 Primavera Sound does not rule out moving to Madrid... 3 Jennifer Lopez and the most expensive bag in the world 4 Iceta closes the case of the Goya of the Selgas Foundation... 5 The day Keith Richards and Ron Wood put a gun to each... 6 A French court rejects the questioning of Kantauri... 7 An exhibition highlights urban identity as a key to... 8 Granizo, cheese from Albacete, achieves the second... 9 The prolingualism entities ask the counselor for a... 10 The Virgin of Light parades through the streets of... 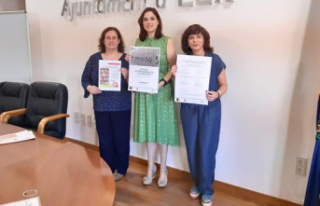