The official results of the first round of the legislative elections, announced by the Ministry of the Interior, early Monday morning, confirm a technical tie between the center-right coalition of Emmanuel Macron and the left-wing coalition led by Jean-Luc Mélenchon. 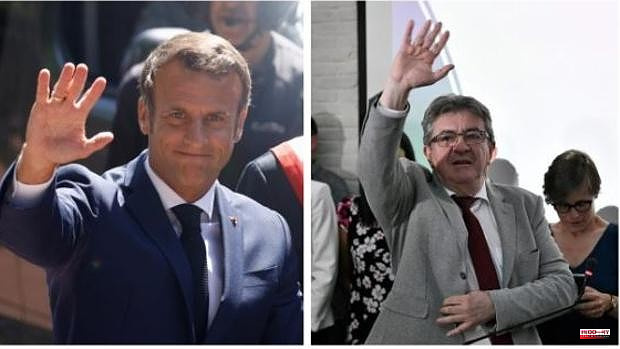 The official results of the first round of the legislative elections, announced by the Ministry of the Interior, early Monday morning, confirm a technical tie between the center-right coalition of Emmanuel Macron and the left-wing coalition led by Jean-Luc Mélenchon.

An unprecedented knock and scenario in the political history of France, divided into three large social, cultural and political blocs. A radical transformation of traditional political balances.

A serious and significant setback of 6.57 points.

The Popular, Ecological and Social Union (NUPES), a coalition dominated by La France Insumisa (LFI, populist extreme left), led by Jean-Luc Mélenchon, was able to obtain between 25.66% of the votes in the first round. The SP is "eclipsed" and partially "invisible" in NUPES, which did not exist five years ago, created just a short quarter ago. The new majority left is anti-European and anti-Atlantic Alliance. Europeanist socialism disappears. The new majority left is an anti-EU, anti-Atlantic Alliance left.

National Group (extreme right), Marine Le Pen's party, got 18.66% of the vote. An important result. But less spectacular than expected.

That technical tie between a coalition of the centre, right and reformists, and a coalition of the left, led by a populist extreme left leader, with a significant presence of the extreme right in the National Assembly, as of next week, is an unprecedented novelty in French political history.

The Republicans (LR, traditional right), got 11.29%. The historical right avoids disaster, but is reduced to a parliamentary group of possible support for Macron.

Reconquista, a small group of the extreme right, led by Éric Zemmour, obtained 4.24. A relative failure, without parliamentary implementation worthy of the name.

Based on these results, in the first round, the second round, next Sunday, must confirm the new National Assembly, the first chamber of parliament, which will have an unprecedented and unprecedented configuration in the history of the Fifth Republic.

According to the first estimates, after the official results, the party and the presidential coalition may have an absolute or relative majority of 275 to 310 deputies. The leftist coalition may have between 180 and 210 deputies. The traditional right will have between 40 and 60 seats. The extreme right can enter the AN with a group of 5 to 25 seats.

The historical abstention of 52.5%, in the first round, leaves millions of 'hidden' and unpredictable votes on hold. Waiting for a final campaign week, Sunday's results herald the opening of a new and unpredictable page in France's political history, with many fiery and turbulent fringes for Europe.

1 These are the new tobacco prices in Spain published... 2 The weather and the heat wave in Valencia: temperature... 3 A 34-year-old driver dies after going off the road... 4 Russia has entered during the war 93,000 million euros... 5 The judicial situation of Mónica Oltra compromises... 6 The Prosecutor's Office requests the file of... 7 Ciudadanos Galicia: irrelevant party leaves ghost... 8 Notes of the PAU 2022 in Valencia: where they can... 9 Tenerife mobilizes against "more cement"... 10 The PP asks the Supreme Court for the acquittal of... 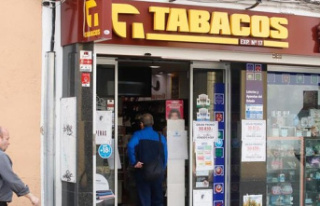 These are the new tobacco prices in Spain published...