The judicial horizon of Mónica Oltra compromises the project with which Yolanda Díaz aspires to bring together the Spanish political formations located to the left of the PSOE and the feminist discourse that intends to raise the platform promoted by the Vice President of the Government and Minister of Labor under the motto "Add". 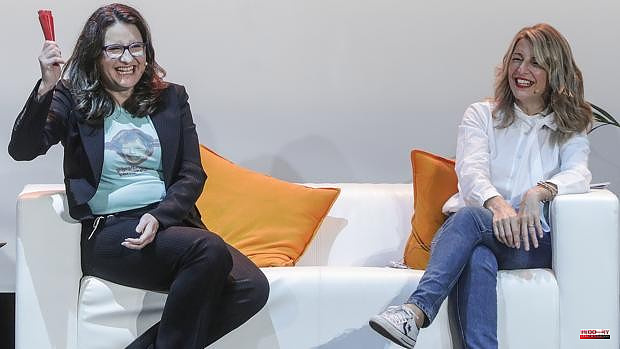 The judicial horizon of Mónica Oltra compromises the project with which Yolanda Díaz aspires to bring together the Spanish political formations located to the left of the PSOE and the feminist discourse that intends to raise the platform promoted by the Vice President of the Government and Minister of Labor under the motto "Add".

The superior prosecutor of the Superior Court of Justice of the Valencian Community, the progressive Teresa Gisbert, considers that Mónica Oltra gave a "verbal" order to cover up the case of sexual abuse of a minor under the guardianship of the Generalitat committed by her then husband and by the that Luis Eduardo Ramírez Icardi ended up being sentenced to five years in prison.

The Prosecutor's Office understands that there are "relevant" indications that the leader of Compromís and "number two" of the Government of Ximo Puig could have committed the crimes of prevarication, abandonment of minors and omission of the duty to prosecute crimes.

Mónica Oltra has chosen not to resign and charge against the prosecutor's devastating report that leaves her on the verge of accusation by the Civil and Criminal Chamber of the Valencian TSJ given her condition of appraised. Ximo Puig does not seem to be due to the work of dismissing his vice president and spokesman for the Executive that make up the PSPV-PSOE, Compromís and Podemos.

The delicate judicial situation of Mónica Oltra not only conditions the Valencian Government and its transcendence reaches a national dimension. In fact, the vice president of the Generalitat organized last November the act baptized as "More Policies" in which she staged a kind of alliance with Yolanda Díaz, which also included the mayor of Barcelona, ​​Ada Colau; the leader of Más Madrid, Mónica García, and the Ceuta politician Fátima Hamed Hossain.

Neither then nor now, none of the leaders who endorse the banner of feminism have ruled on the case of sexual abuse of a minor in the center where she lived under the guardianship of the Valencian Government. For better or worse, Yolanda Díaz, involved in her "Sumar" project and in the Andalusian election campaign, has ignored the situation in which the girl, now of legal age, was left, and the future of the case that fully splashes Mónica Oltra, according to the criteria of the magistrate of the Investigating Court number 15 of Valencia and the Prosecutor's Office, who demand her imputation.

The decision is in the hands of the president of the Superior Court of Justice of the Valencian Community, Pilar de la Oliva, and the magistrates Antonio Ferrer and Vicente Torres, the latter appointed judge of the Civil and Criminal Chamber in February 2019 proposed of the Valencian Courts, where the left-wing parties have a majority.

On May 20, the vice president of the Generalitat publicly valued Yolanda Díaz's initiative to unite the left-wing forces: «The sums always seem good to me. Always better to add than subtract, always better to multiply than divide.

The two leaders have never hidden their harmony and in recent months they have once again shared photos and complicity in events such as the Goya awards gala or a conference on the four-day-a-week working day held in Valencia.

The same day that Mónica Oltra spoke about Yolanda Díaz's project, the leader of Compromís maintained that "we are multiplying feminist policies that put women, life, family and people at the center" for which, according to He said, "it would be great news if those policies that we are making from the governments could continue to add up."

In full argument of feminist policies, neither Yolanda Díaz nor the rest of the first swords of the Spanish left, such as the ministers Ione Belarra or Irene Montero, have condemned the case of sexual abuse suffered by a minor protected by a left-wing government in Valencia .

The Vice President of the Government has also not clarified whether, as the Mayor of Madrid, José Luis Martínez-Almedia, asked her in public, she will count on Mónica Oltra for her “Sumar” platform in the event that she is charged for allegedly trying to cover up the abuses of her ex-husband and to discredit the victim,

1 The Prosecutor's Office requests the file of... 2 Ciudadanos Galicia: irrelevant party leaves ghost... 3 Notes of the PAU 2022 in Valencia: where they can... 4 Tenerife mobilizes against "more cement"... 5 The PP asks the Supreme Court for the acquittal of... 6 Banco Santander's alert to its customers for... 7 The sale of homes registers its best April in the... 8 Darwin Núñez becomes the most expensive signing... 9 Marta Calvo's mother asks for justice: "It... 10 They investigate the discovery of the body of a foreign... 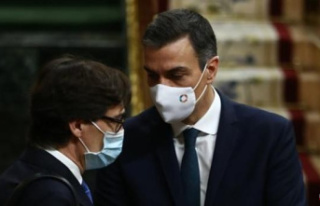 The Prosecutor's Office requests the file of...