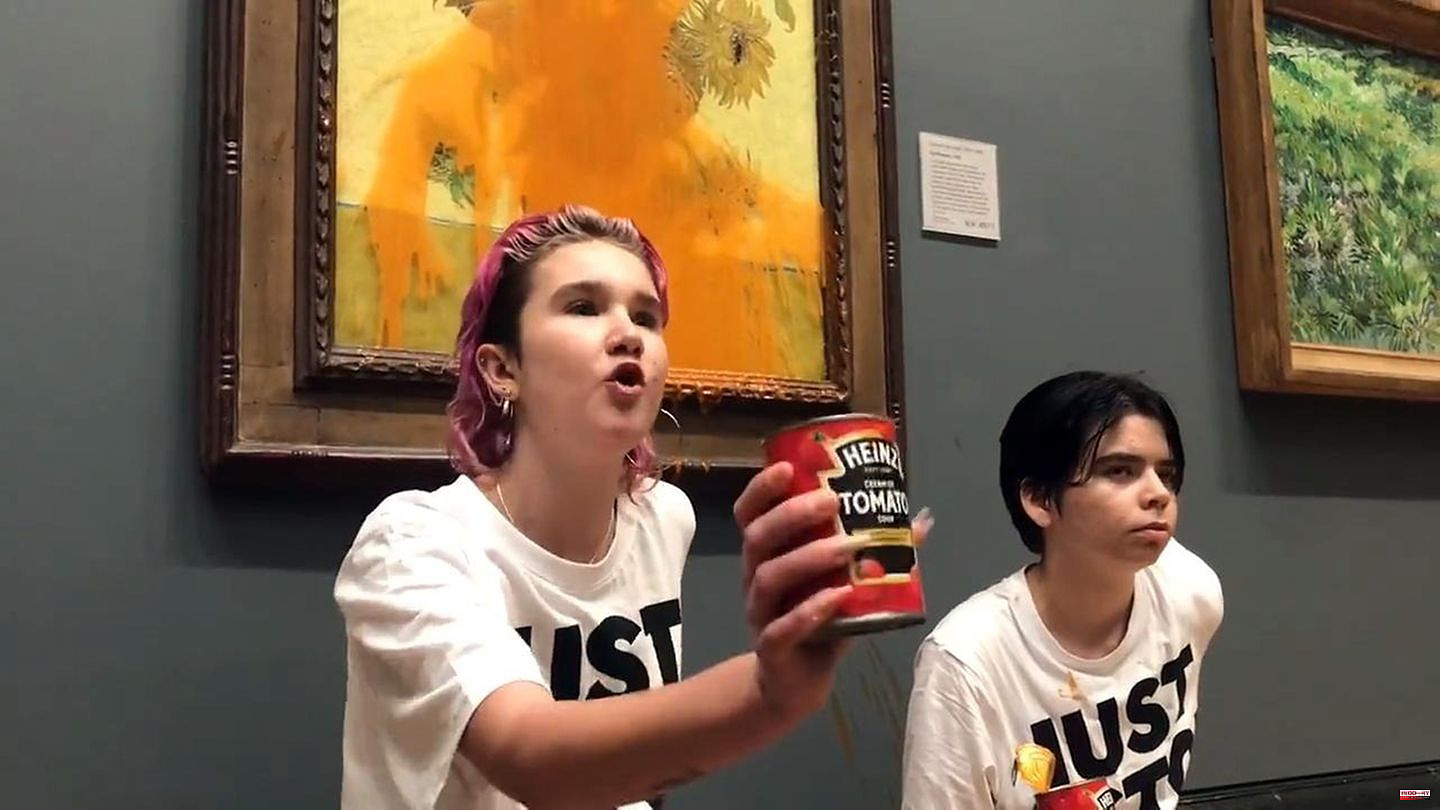 "Is that art, or can it go?" is a mocking bon mot. In the case of Vincent van Gogh's "Sunflowers" the answer is clear. The work is one of the most famous paintings in the world. That didn't stop two environmental activists, however, from attacking the famous work of art and showering it with tomato soup.

The environmental group Just Stop Oil said the two young women poured two cans of Heinz tomato soup over the world-famous painting, which is estimated to be worth over $84 million (€86 million), at the National Gallery in London on Friday.

According to the information, the action was linked to a demand for the British government to immediately stop all new oil and gas projects. Videos in online networks showed the action. It was initially unclear whether the painting in the museum on Trafalgar Square is protected by a pane of glass.

The two activists who poured the soup on the painting wore t-shirts that said "Just Stop Oil," as shown in a video posted to Twitter by Guardian environmental correspondent Damien Gayle. They then glued themselves to the wall with superglue. "What is worth more, art or life?" asked one of the activists. "Are you more concerned about protecting a painting or about protecting our planet and people?".

After the action, the London police arrested the two activists for property damage and serious trespassing, the Metropolitan Police said.

In the past few weeks, climate activists around the world have repeatedly stuck themselves to the frames or acrylic glass protection of famous paintings. In August, two activists glued themselves to a work by Lucas Cranach the Elder in the Berlin Picture Gallery and to the world-famous "Sistine Madonna" by Raphael in Dresden. There were similar actions in Florence and London, among others. 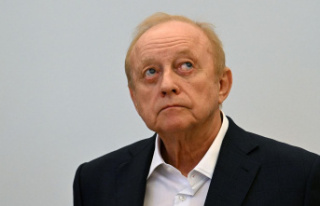 Trial for tax fraud: "I am aware that I am threatened...