South Korea: More than 150 dead and many injured in mass panic in Seoul - national mourning ordered

The Halloween celebrations in a popular nightlife district of the South Korean metropolis of Seoul have culminated in an unprecedented catastrophe. 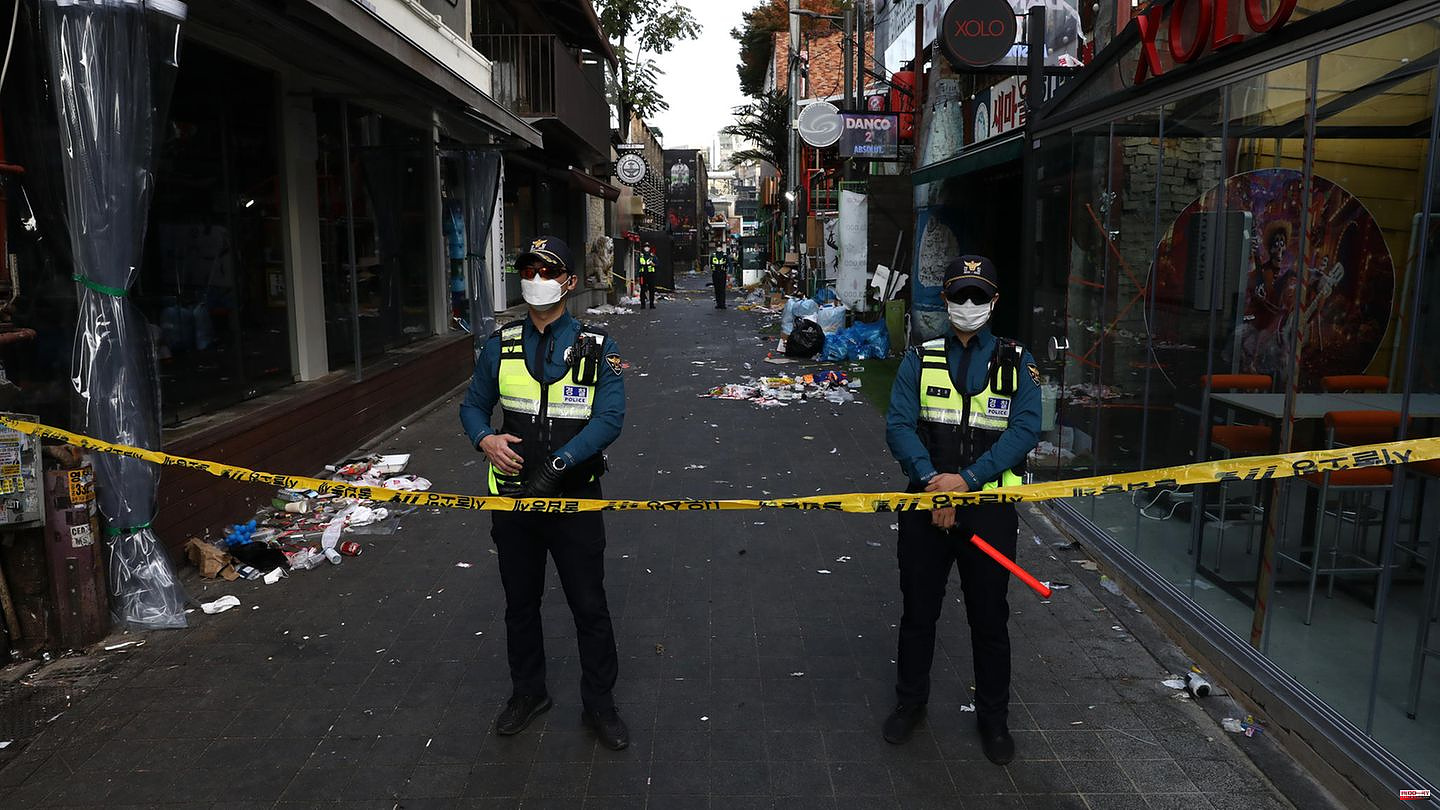 The Halloween celebrations in a popular nightlife district of the South Korean metropolis of Seoul have culminated in an unprecedented catastrophe. At least 151 mostly young people died in a crowd on Saturday night (local time), according to the fire brigade. Another 82 visitors were injured, more than a dozen of them seriously. The death toll could continue to rise. President Yoon Suk Yeol ordered a thorough investigation and national mourning on Sunday morning.

According to the fire brigade, 19 foreigners are among the victims of the stampede in the South Korean capital Seoul. The newspaper "Korean Herald" reports, citing authorities, that the victims came from China, Russia, Iran, Uzbekistan and Norway. The Norwegian Ministry of Foreign Affairs confirmed on Sunday morning that a Norwegian was among the dead.

The Foreign Office (AA) in Berlin was unable to provide any information on Sunday night as to whether Germans were also killed in the accident. It's too early to tell, an AA spokesman told AFP. The embassy is in close contact with the authorities.

According to eyewitnesses, the mass disaster happened when there was extreme crowding in a narrow, gently descending alleyway in the busy Itaewon neighborhood on the eve of Halloween. For the visitors, the alley, which is not even 100 meters long, with bars and restaurants on both sides, became a trap: numerous visitors fell to the ground, while others moved up. The crowds had backed up behind.

Many of the victims were smothered, crushed or trampled on. "Because there were many people on the hill, people pushed the others from above," public broadcaster KBS quoted a witness as saying. They all fell because of the load and were crushed.

The exact circumstances of the disaster are still unclear, the police said it would also check whether there were violations of safety regulations. According to the reports, the first reports of the accident were received by the fire brigade and police at around 10:15 p.m. local time. Initially, the fire department had spoken of dozens of people with cardiac arrest. According to the fire department, more than 140 ambulances were on site. Police officers cordoned off the scene of the accident in the popular nightlife district.

According to eyewitness reports, the alleys around the accident site were so crowded that the rescue workers had difficulty making their way through the crowds and reaching the victims.

Online videos circulating on social media showed dozens of people lying on the side of the road covered in blue plastic sheeting. Other videos showed first responders and emergency responders applying chest compressions to several victims. Overall, the emergency services tried to revive more than 50 people, reported the national news agency Yonhap. Accordingly, more than 140 rescue vehicles were in use. The area has been cordoned off extensively. The bodies were transported to a sports hall in the morning hours, where they were to be identified by relatives.

In an interview with local broadcaster YTN, a doctor described chaotic scenes from the tragedy. "When I first attempted CPR, two victims were lying on the sidewalk. But shortly thereafter, the number exploded, exceeding the number of first responders on the scene."

The annual Halloween festival is one of the biggest public celebrations in the capital. This year, the events took place after the corona measures were largely relaxed. Tens of thousands of people reportedly flocked to the Itaewon district, many of them dressed in Halloween costumes.

"Itaewon is extremely crowded every year but this year was just crazy," wrote one woman on her Instagram account. According to reports, rumors were circulating that a prominent YouTuber was on his way to, or had already arrived at, a club on the affected street. That attracted a lot of people again.

President Suk-yeol pledged to "investigate thoroughly" the incident and ensure it never happens again. In a televised address to the nation on Sunday, he said, "A tragedy and catastrophe has happened in the center of Seoul that should not have happened." In the morning, Suk-yeol visited the scene.

As the President responsible for the life and safety of the citizens, he feels deep sadness. The government will declare the phase until the incident is under control a national mourning period.

Yoon led an emergency session on Sunday night. Before that, he ordered more emergency personnel to be sent to the area and hospital beds to be prepared. Seoul Mayor Oh Se Hoon reportedly canceled all appointments during a visit to Europe and was on his way back to the capital. The city set up a missing persons reporting line.

The tragedy also caused horror abroad. Chancellor Olaf Scholz expressed his condolences to the bereaved and the victims. "The tragic events in Seoul shock us deeply," said the SPD politician on Twitter. "Our thoughts are with the many victims and their families. This is a sad day for South Korea. Germany stands by their side."

He and his wife Jill mourned with the people of South Korea, US President Joe Biden said in a statement. "The alliance between our countries has never been more vibrant and alive - and the ties between our citizens stronger than ever."

1 Seasons: Wintertime begins with unusually mild temperatures 2 Is Jonas Hofmann playing today? The current personnel... 3 Bundesliga: Frankfurt's anger at the video evidence... 4 "The Masked Singer": Goldi is exposed 5 South Tyrol: With an electric carriage: ARD shoots... 6 Metropolises: Town twinning: What Berlin can learn... 7 Oral hygiene: What is a tongue scraper and how useful... 8 Rise to Superpower: From the Middle Kingdom to the... 9 US Midterms 2022: Inflation, abortion and Trump: How... 10 Somalia: At least 100 dead in terrorist attack in... 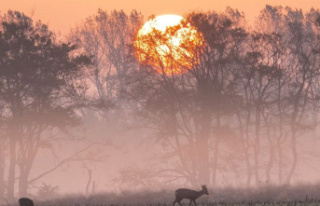