Pedro Sánchez, in the control session of Congress, today called the 12,000 police and civil guards that the Executive of Mariano Rajoy sent to Catalonia during the secessionist attempt in autumn 2017 within the framework of the 'operation Copernicus-Wasp ', whose main objective was to try to avoid the 1-O referendum. 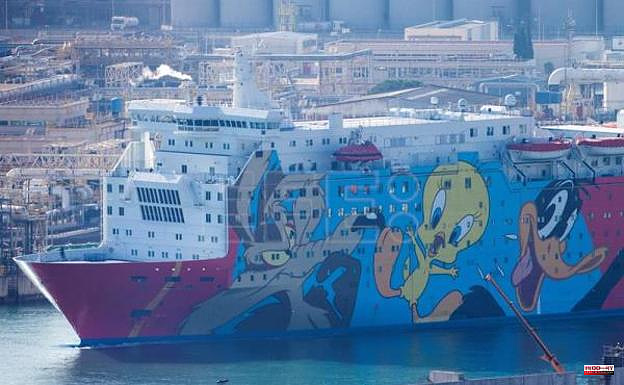 Pedro Sánchez, in the control session of Congress, today called the 12,000 police and civil guards that the Executive of Mariano Rajoy sent to Catalonia during the secessionist attempt in autumn 2017 within the framework of the 'operation Copernicus-Wasp ', whose main objective was to try to avoid the 1-O referendum.

"The difference in terms of territorial policy between when you govern and when the socialist party governs is that you sent 'piolines' to Catalonia and with us the Spanish soccer team can play in Catalonia without any kind of controversy," the president said today. of the Government during an intervention in response to the PP spokesperson, Cuca Gamarra, who had previously criticized the "concessions" to its pro-independence partners in the 'Pegasus case'.

The derogatory denomination of "piolines" to denominate the members of the State security forces displaced to Catalonia during the procés was popularized by the independentistas, after several hundred of the agents were housed in the Moby Dada ship, docked in the Port of Barcelona, ​​and which at that time sported on its hull three enormous illustrations of Warner characters: Daffy Duck, El Coyote and Tweety. The jokes about the fictional characters and the agents led Interior to make the decision to cover the images of the cartoons, which made the situation of ridicule even worse.

The fact that today Sánchez used this derogatory name to address the thousands of members of that Interior operation caused widespread outrage in the State security forces and a major surprise among the commanders of both the Police and the Civil Guard.

"No respect for the colleagues of the National Police and the Civil Guard who protected the unity of Spain, its Constitution and our democracy in Catalonia, where many of them risked their lives," said Jucil, the majority professional association of the armed institute.

Jupol, the union with the highest representation in the National Police, went further. After calling the chief executive a "scoundrel", he insisted that "you cannot refer to the guarantors of the rule of law and the Constitution as 'tweets'".

“We national police officers went to defend the constitutional order. Stop using us in your political struggles since the situation that our colleagues in Catalonia experienced with violent attacks and the painful accommodation they had to suffer was quite harsh, ”said the Unified Police Union.

The use of the name "piolines" also provoked the reaction of the PP, Vox and Ciudadanos during later moments of the control session in which the Interior Minister tried to qualify Sánchez's words. "What the President of the Government has said is that you brought our Police and our Civil Guard to Catalonia in unworthy conditions," defended Fernando Grande-Marlaska.

1 The judge rejects that the Catalan Generalitat is... 2 The UPV and Janssen create a training and research... 3 5% or 20%? Five minutes to understand the controversy... 4 The keys to the aid of 200 euros per month per child... 5 The symptoms of monkeypox that largely affects children... 6 [PHOTOS] In Israel, robotic hives to preserve bees 7 Salary, conciliation and a good work environment,... 8 Five years in prison for falsely accusing her ex-husband... 9 American female soccer players will be paid as much... 10 Tom Cruise, a box office war machine 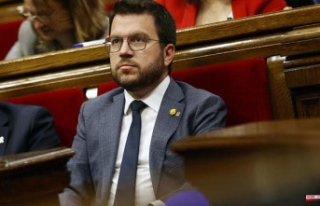 The judge rejects that the Catalan Generalitat is...