The judge of the National High Court José Luis Calama has rejected for lack of legitimacy the request made by the Generalitat of Catalonia to appear as a popular accusation in the 'Pegasus case', which secretly investigates the espionage suffered by the President of the Government, Pedro Sánchez, and the Ministers of Defense and Interior, Margarita Robles and Fernando Grande-Marlaska, respectively, through their mobile phones. 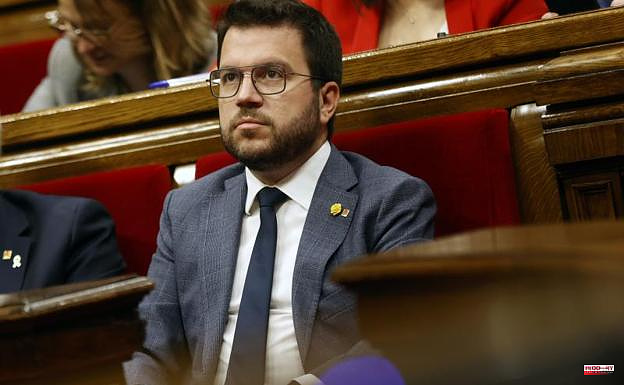 The judge of the National High Court José Luis Calama has rejected for lack of legitimacy the request made by the Generalitat of Catalonia to appear as a popular accusation in the 'Pegasus case', which secretly investigates the espionage suffered by the President of the Government, Pedro Sánchez, and the Ministers of Defense and Interior, Margarita Robles and Fernando Grande-Marlaska, respectively, through their mobile phones.

In an order known today, the head of the Central Court of Instruction number four points out that there is no specific legislative authorization for public legal persons, as is the case of the Generalitat, to be able to exercise popular action.

The Catalan Executive had argued that the Statute of Autonomy establishes that "the public powers must promote the full exercise of freedoms and citizenship, as well as promote the conditions of freedom and equality of people, be real and effective", and "values such as freedom, democracy, equality, pluralism, peace and justice”.

In addition, the Generalitat alluded to the “extreme seriousness of these illicit activities and the attack on the fundamental rights of the affected persons, in accordance with article 125 of the Constitution and article 101 of the Criminal Procedure Law.”

However, for Judge Calama, "the lack of legitimacy of the Generalitat to appear in these proceedings in the aforementioned capacity appears crystal clear, since it must be a specific provision of the law that includes that option." "There is no general legislative authorization for public legal persons to exercise popular action," he emphasizes.

Thus, the instructor recalls that "the public action for its exercise in the criminal procedure corresponds exclusively to the Public Prosecutor's Office, with no place for the exercise by public legal entities of popular action outside of the cases in which this possibility is found. legally contemplated”.

The magistrate mentions the doctrine of the Constitutional and Supreme courts in this regard, which establishes that the general system of the Criminal Procedure Law does not allow inferring that public entities can exercise popular prosecution, adding that "through the widespread use of popular action would generate an 'alternative public action'» to that of the Prosecutor's Office.

However, the order signed by the judge is not yet final, since the Generalitat has a period of three days to present an appeal for reform and five days to challenge it before the Criminal Chamber.

Calama opened preliminary proceedings on April 26, pointing to possible crimes of discovery and disclosure of secrets, after the complaint filed by the State Attorney for the infection of the cell phones of the President of the Government and the Minister of Defense, a complaint that was expanded after also confirming the infection of Grande-Marlaska's phone with this spyware and the attempt to attack the head of Agriculture, Luis Planas.

In that resolution, the instructor provided details about the initial complaint, according to which, after the analysis of the mobile devices of the chief executive and the head of defense carried out by the National Cryptologic Center (CCN-CERT) on April 30 , “it has been known that they were the object of several infections by the Pegasus tool, an Israeli mobile device spy program, between the months of May and June 2021.”

The reports on the cell phones of Sánchez and Robles highlighted that "the mobile device of the President of the Government analyzed was infected by Pegasus on two occasions (on May 19, 2021 and May 31, 2021)", while that of Robles would have been infected in June of that year.

The first of the intrusions in Sánchez's mobile would have occurred in the context of the massive entry of some 10,000 immigrants into Ceuta between May 17 and 18, which precisely led Sánchez to visit the autonomous city on this second day, as well as Melilla with the Minister of the Interior.

1 The UPV and Janssen create a training and research... 2 5% or 20%? Five minutes to understand the controversy... 3 The keys to the aid of 200 euros per month per child... 4 The symptoms of monkeypox that largely affects children... 5 [PHOTOS] In Israel, robotic hives to preserve bees 6 Salary, conciliation and a good work environment,... 7 Five years in prison for falsely accusing her ex-husband... 8 American female soccer players will be paid as much... 9 Tom Cruise, a box office war machine 10 Saved a mural by Keith Haring in Barcelona that was... 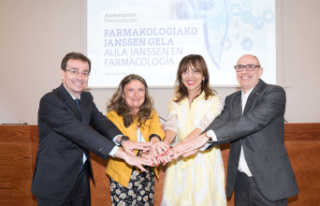 The UPV and Janssen create a training and research...