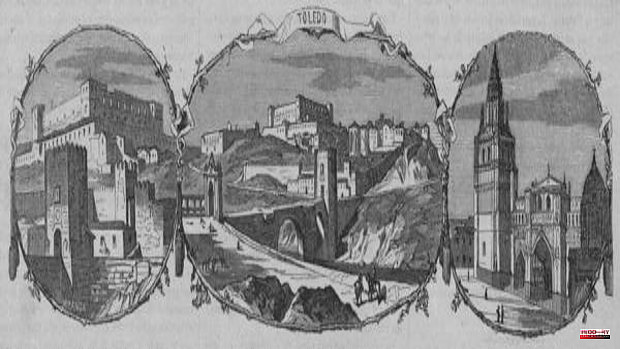 It is known that Parro dedicated his work to the purportedly complete description of the rich artistic heritage bequeathed to the city by the past, in particular that of archiepiscopal or ecclesiastical origin, to which the author pays homage. This is how it is made explicit in its very long title, Toledo in hand, or a historical-artistic description of the magnificent cathedral and the other famous monuments and notable things that this famous city, the ancient court of Spain, contains, with a succinct explanation of the mass that It is titled "Muzarabic" and one of the most important ceremonies that are practiced in the religious functions and solemnities of the Holy Primate Church. It was the fruit of continued privileged access to cathedral, ecclesiastical, and municipal archives.

Jerónimo López de Ayala, Viscount of Palazuelos, highlighted in his day that there is in the book "a greater copy of data than in those that had preceded and followed it". The Toledo City Council understood this when, on October 27, 1897, it gave its name to the last street where it was domiciled, previously called Tripería, for having "powerfully contributed to making the monuments of this capital known in all their details. ».

The undoubted importance of the work does not prevent, however, recognizing its deficiencies and inaccuracies. They have been detected and corrected over time in more than one case, for example, with respect to the Cristo de la Luz mosque. Rodrigo Amador de los Ríos, in his admirable study on the ancient architecture of Toledo published in 1905, was one of the first to point them out. Being warned, they prevent sustaining the emphatic qualification, modestly rejected by the same author, of "almost perfect" with which Esperanza Pedraza greeted her facsimile edition. On the other hand, the accumulation of data and news, not always pertinent or well-founded, that it contains should not lead to ignoring its objectives or the vision of the city that supports its selection and compilation.

The author of Toledo in the hand wanted something more than to carry out a vast description of the "monuments and preciousness" of the city. He carries it out, as he declares, with the aim of demonstrating that the city is above all a "worthy museum" to be visited and studied by "every curious and enlightened person." It also wants to highlight, at a time when the Church has lost, due to the disentailment of its assets and the abolition of tithes, a large part of the resources it had, the historical importance of the Church in the formation of Toledo. His friend León Carbonero y Sol made such an intention clear by advertising the work in his magazine La Cruz, celebrating "the copy of data" that its author had managed to gather thanks "mostly to his enthusiasm for the religious glories […] of Toledo ».

The presentation of Toledo as a museum presided over by its "magnificent cathedral" is in fact related to Sixto Ramón Parro's vision of the population. He affirms that it is nothing but a mere "civil capital of a province of the second order", a dead city whose only interest lay in the supposed glories inherited from its past and the reality of whose present, to which both he and men turned their backs. of the social stratum to which he belonged, he was thought to be devoid of all interest. He even lowers its category to a "third order" city in his Compedio de Toledo en la mano, where he presents it, to attract "curious" visitors, with "3,000 quite capable and comfortable houses in general" distributed by "well-paved streets » and «very clean» («because the rains -he writes- wash them perfectly, dragging the filth into the river»), equipped with «the main sidewalks» and «all of them sewers». Thus, he contradicted what he himself warned as mayor, in a proclamation from 1850 about urban police rules "forgotten by many neighbors." It must be seen, therefore, as one of the cultivators of that image of Toledo anchored in its past whose lack of vitality would symbolize Navarro Ledesma in his Azanatópolis, the city of supposedly eternal ruins that, with its refusal to die, prevents the birth of all new life.

It is not possible, therefore, to speak of Toledanism if we conceive as such the socio-cultural phenomenon that emerged from the work of individuals of the generation immediately after Parro's, among whom Antonio Martín Gamero stands out, with the dual purpose of promoting knowledge of the history and monumental heritage of Toledo, as well as its recovery, and to promote, in addition, the modernization and revaluation of the city itself. They freed her from anchoring in the past without denying her uniqueness. Sixto Ramón Parro would be a continuator of romantic picturesqueness, to whose outstanding figures -José Amador de los Ríos and Manuel de Assas- he frequently turns. Its specificity would be fueled by the movement for the defense of contemporary ecclesiastical interests of the nineteenth-century confiscation and linked to the effort to build a symbolic image of Toledo as a witness and national safeguard of the supposedly dominant traditional values ​​in the era of world hegemony of the Spanish monarchy. , neglected in their present due to the extreme negligence and carelessness of institutions and inhabitants, according to Pedro José Pidal, political supporter of Parro, and Juan Donoso Cortés.

Other citizens who struggled to get Toledo out of his prostration reneged on that inane traditionalism. Fittingly, Rafael del Cerro has mentioned it in his recent article on the journalist Tomás Gómez de Nicolás. They are two opposing visions of the city and its history that correspond to different social and ideological groups. The renown acquired by Parro's work -without any interest, in fact, for the real city- is due both to the value of many of the data it provides and, furthermore, to the permanence of hegemonic control over institutions, in alliance with the ecclesiastical hierarchy, from the most conservative layer of the urban mesocracy, made up of civil servants and rentiers and supported by the central power. Moreover, its importance came to be recognized precisely when the triggering, at the end of the 19th century, of the social and political crisis that ended up sinking the Restoration Regime and the consequent electoral rise of liberals and republicans made that group feel threatened. his pre-eminence and questioned his ideas.

1 A driver dies in Ejea (Zaragoza) after fainting at... 2 The judge provisionally files the investigation into... 3 Civil Guard divers look for a missing young man swimming... 4 23 people arrested and 49 criminal acts clarified... 5 Putin, sick? Russian Foreign Minister denies persistent... 6 The National Police tries to locate the ten most wanted... 7 Lot-et-Garonne - A high school student falls ten metres... 8 The oil companies Galp and Total will invest almost... 9 Germany will change its constitution in order to strengthen... 10 The PNV would win again in the three Basque capitals... 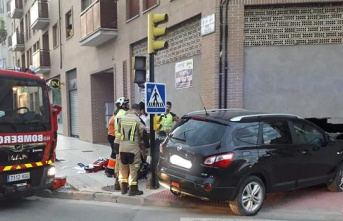 A driver dies in Ejea (Zaragoza) after fainting at...