According to the EITB Focus survey published this Monday by Basque regional television, the PNV would be the undisputed leader of the municipal elections to be held at the end of May 2023. 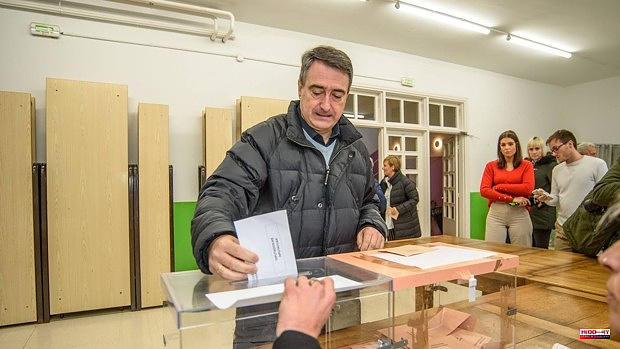 According to the EITB Focus survey published this Monday by Basque regional television, the PNV would be the undisputed leader of the municipal elections to be held at the end of May 2023. It would win the elections in the three Basque capitals, and would do so by obtaining greater support than the which he got four years ago.

The elections scheduled for a year from now are expected to be the closest in recent years in the Basque Country for the two nationalist parties. Because together with the leadership of the PNV, the survey also predicts a clear advance for EH Bildu. The pro-independence coalition is consolidated as the second political force thanks to a general increase in the three territories. In Vitoria, he could even tie with the Basque nationalists.

The rise of both PNV and EH Bildu comes at the cost of a loss of support for Podemos and for the PP. The data of the popular ones, in any case, are analyzed as a single party and without taking into account a possible coalition with Ciudadanos, which would not obtain municipal representation if it only participated in the elections. Vox would not get representation in any of the Basque capitals either.

According to the EITB Focus survey, Juan Mari Aburto would improve the results. The survey predicts an increase of 3.6% of the votes for the PNV, which translates into obtaining one more councilor, thus reaching an absolute majority.

The PNV would improve its representation at the expense of the PP, which would lose a mayor. Neither Vox nor Ciudadanos obtain representation in Bilbao, although it is worth noting the advance in votes that Santiago Abascal's party could experience. He would go from having 1.2% of the vote to 3%.

The PNV would once again be the formation with the most votes in San Sebastián and would go from the current councilors to 11. However, EH Bildu would be the political force that achieved the greatest increase in the percentage of votes. It would go from 21.4% of the vote to almost 25%. which translates into one more councilor, going from 6 to 7 councillors.

The nationalist advance in the San Sebastian consistory occurs at the expense of PP and Podemos, who would each lose a representative. The PSE would obtain less support in number of votes although it would maintain the same municipal representation.

The PNV would win the elections in Vitoria, although with very little difference in votes over EH Bildu. Thus, the two nationalist formations would obtain the same number of seats, seven. In the case of EH Bildu, it means achieving one more representative than in the previous elections, while the PNV would keep the councilors it now has.

Both PSE and PP would obtain the same number of councilors despite experiencing a certain setback in the intention to vote, while we may lose one mayor compared to the last elections. Likewise, Vox would be the force with the greatest increase with 2.5% more support, although it would still be insufficient to achieve municipal representation.

1 Two dead after their car fell down a slope in Pradell... 2 The accused of strangling his mother in July 2020... 3 Nearly 600 cultural activities in regional centers 4 Felipe VI claims "our exemplary Transition"... 5 Riera (CUP) accuses the Government of having abandoned... 6 Air Nostrum seeks cabin crew this Wednesday in Valencia 7 Tomelloso crime: it is confirmed that it is gender... 8 Aspres-sur-Buech. Southern Alps: A driver who was... 9 The Shad Festival was punctuated by Lormont: conference... 10 Venezuela's economy does not improve, the regime's... 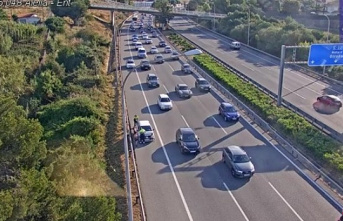 Two dead after their car fell down a slope in Pradell...