The Civil Guard has dismantled two criminal groups specialized in crimes against property in the provinces of Toledo and Madrid. 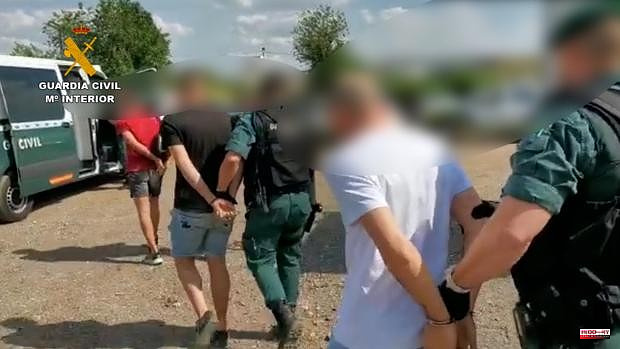 The Civil Guard has dismantled two criminal groups specialized in crimes against property in the provinces of Toledo and Madrid. Fifty criminal acts have been clarified, such as robberies with force in industrial buildings, inside trucks or vehicle thefts. A total of 23 people have been arrested and stolen goods worth more than 300,000 euros have been recovered.

The Maunac operation began last January with an investigation by the Heritage Area of ​​the Organic Unit of the Judicial Police (UOPJ) of the Toledo Civil Guard. It all started as a result of three robberies with force in industrial warehouses in the towns of Illescas and Borox, where at least nine people entered by force and stole a large amount of copper, tools and textile articles valued at more than 60,000 euros.

To commit these crimes, the perpetrators used a high-end off-road vehicle and several vans. Through the data collected from the investigation, the agents were able to verify that these vehicles were involved in numerous other robberies. Its authors formed a criminal group that routinely commits crimes in industrial estates in at least 12 towns in the provinces of Toledo and Madrid.

In total, 49 criminal acts against property were clarified, highlighting among them 37 robberies with force or four thefts of vehicles. It is estimated that the sum of the effects stolen in all these events could reach a value greater than 185,000 euros.

The Civil Guard carried out a total of nine home searches, eight in homes in Móstoles, Arganda del Rey and Madrid, and one in an industrial warehouse in Seseña. A total of eleven men were arrested in them, aged between 21 and 47 years old, with a multitude of police records.

In this first phase of exploitation of this operation, it was possible to recover stolen tools, clothing or machinery used to steal vehicles and open doors. In addition, 13,000 euros in cash were located and three indoor marijuana plantations were dismantled.

The arrest of the members of this criminal organization and the clarification of the crimes made it possible to open a new line of investigation into another criminal group with which they collaborated in their criminal actions.

This second group specialized in theft of merchandise inside trucks. The stolen material ranged from hygienic material to small appliances, including electric scooters, perfumes or top brand clothing.

With the data collected, the agents began a follow-up of the alleged perpetrators until they reached the Madrid town of San Fernando de Henares, where they were going to sell stolen merchandise to two receivers of Chinese origin. After verifying the gender and verifying that it had been stolen shortly before, a total of 11 men, between 19 and 44 years of age, were arrested red-handed. Later, another person related to the group was arrested.

At that time, stolen material of high economic value was recovered, in addition to seizing 16,000 euros in cash. In total, the members of this second criminal group are charged with nine criminal acts, such as robbery with force, reception or false documents.

This investigation has resulted in the recovery of merchandise for more than 300,000 euros, the seizure of two stolen vehicles and a van, the seizure of 29,000 euros in cash and numerous machinery and tools. Two criminal groups have been dismantled with the arrest of 23 people and one person investigated but not arrested.

All these people have numerous police records for different events, with more than 140 arrests and almost 900 criminal acts.

The Maunac operation has been carried out by the Heritage Area of ​​the Organic Unit of the Judicial Police of the Civil Guard of Toledo, with the support of the Citizen Security Units (Usecic) of Toledo and Madrid.

1 Putin, sick? Russian Foreign Minister denies persistent... 2 The National Police tries to locate the ten most wanted... 3 Lot-et-Garonne - A high school student falls ten metres... 4 The oil companies Galp and Total will invest almost... 5 Germany will change its constitution in order to strengthen... 6 The PNV would win again in the three Basque capitals... 7 Two dead after their car fell down a slope in Pradell... 8 The accused of strangling his mother in July 2020... 9 Nearly 600 cultural activities in regional centers 10 Felipe VI claims "our exemplary Transition"... 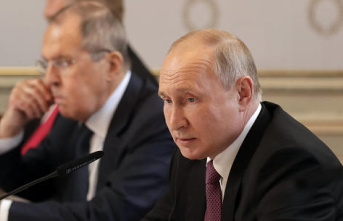