Agents of the National Police have arrested six people between the ages of 20 and 40 in two entertainment venues in Benidorm (Alicante) for crimes against public health and illegal stay. 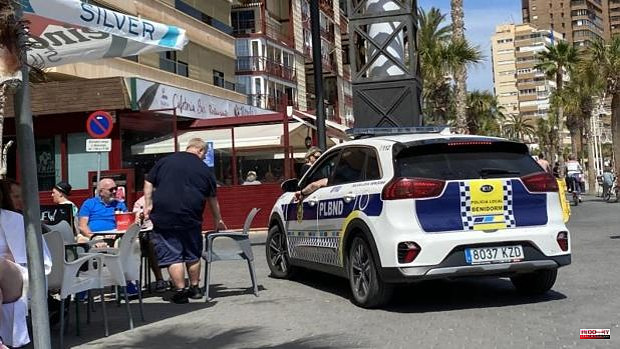 Agents of the National Police have arrested six people between the ages of 20 and 40 in two entertainment venues in Benidorm (Alicante) for crimes against public health and illegal stay.

These arrests have occurred after the implementation in the town of a device to carry out inspections of nightlife venues to prevent drug trafficking and irregular immigration, on the occasion of the start of Operation Summer.

The objective of this operation is to intensify police work aimed especially at ensuring citizen security in the main tourist areas so that everyone can enjoy their vacations safely, the security forces and bodies have indicated in a statement.

Likewise, from the Benidorm National Police Station, an operation is being carried out in the leisure areas, where a large influx of people comes, many of them foreign tourists looking to have fun, some "excessively", during the summer months in which the city doubles its population.

The local agents are carrying out various inspections in places that are susceptible to committing irregularities, such as having personnel without an employment contract, allowing or tolerating criminally illicit activities of consumption and sale of narcotic substances, as well as other administrative infractions.

In one of the devices carried out, the agents inspected two entertainment venues located in the well-known English area, whose pubs are attended by a large influx of people in the summer.

This operation resulted in the arrest of six people, of different nationalities, between 20 and 40 years of age, accused of a crime against public health and irregular stay.

In addition, after the inspection carried out in both premises, seven sanctions were carried out for tolerance of the consumption of narcotic substances, two acts for a very serious infraction of the regulations of the autonomous community in matters of public premises and seven workers without an employment contract were located. .

1 The Generalitat Valenciana will approve “in the... 2 Schedule and where to see Alcaraz - Struff live 3 Botín and Trittel conquered the silver in the Kiel... 4 Simeone, viral for a peculiar chess game 5 LaLiga and the RFEF continue to cake 6 Global Omnium will maintain four coronavirus control... 7 Dozens of immigrants try to storm the Ceuta fence 8 Valladolid acclaims Triay, Salazar, Lebron and Galán... 9 Albert Rivera changes offices for classrooms to teach... 10 Johnson taunts Putin at G-7: "Should we take... 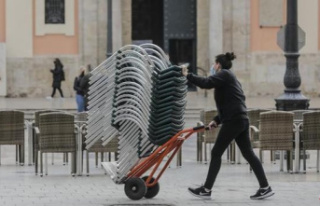 The Generalitat Valenciana will approve “in the...