The president of the Generalitat Valenciana, Ximo Puig, announced this Sunday that the Executive will approve “in the next few days” the aid of 300 euros to the self-employed in the face of rising inflation and, therefore, this measure will be put in place “very soon” working. 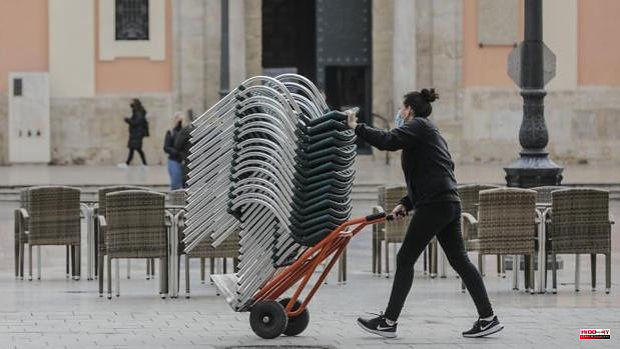 The president of the Generalitat Valenciana, Ximo Puig, announced this Sunday that the Executive will approve “in the next few days” the aid of 300 euros to the self-employed in the face of rising inflation and, therefore, this measure will be put in place “very soon” working.

This is how Puig has stated, in statements to the media, after the package of anti-crisis measures to deal with the inflation derived from the war in Ukraine that the President of the Government, Pedro Sánchez, communicated this Saturday, and that the regional leader has valued « positively" because, in his opinion, they are on the "right path" to "protect the most vulnerable families" even though "they are patches at certain times."

In this sense, Sánchez announced a new package of measures until December 31, which will cost 9,000 million, which rises to 15,000 if the measures in force to date are added and which will help contain the Price Index of Consumption until the end of the year at 3.5 points.

Among the new measures, there is a reduction from September 1 of 50% in the price of all monthly passes and any type of pass of state transport companies, and 30% for passes of modes of transport that depend from municipalities and autonomous communities, a discount that can be extended with their own resources up to 50%.

Likewise, the Executive will present in "the next few weeks" a bill to design a new tax that will tax "the extraordinary profits of energy companies", with the aim of entering into force on January 1, 2023.

Puig has defended that "these measures announced by the President of the Government are absolutely completely aligned with what the Generalitat Valenciana has already agreed: the 50% reduction in all the Generalitat's own transport that has been running for a few months and its free on Sundays. ». "We will continue to influence this position to improve people's mobility and guarantee that they spend as little as possible," he asserted.

In this line, he has referred to the aid to companies with intensive use of gas and the aid of 300 euros to the self-employed already announced, and has advanced that it will be approved "in the next few days" and, therefore, it will come into operation. "very soon".

The head of the Consell has stressed the importance of "everything that is to complement the situation of families, especially those who are having a worse time because their salaries are limited or they have less access to income." "Inflation is the worst tax for people with fewer resources," he lamented, and assured that the government "will do everything possible to support the middle and working classes in this transit of high inflation."

"We are on the right path: protect the most vulnerable families, the middle and working classes, and go through this time of excessive inflation looking for solutions, even if they are patches at certain times," he said.

Likewise, he has defended that "strengthening public transport is a good idea for today and forever." “This is the orientation and with the measures of the Government we will be able to go further”, she has concluded.

1 Schedule and where to see Alcaraz - Struff live 2 Botín and Trittel conquered the silver in the Kiel... 3 Simeone, viral for a peculiar chess game 4 LaLiga and the RFEF continue to cake 5 Global Omnium will maintain four coronavirus control... 6 Dozens of immigrants try to storm the Ceuta fence 7 Valladolid acclaims Triay, Salazar, Lebron and Galán... 8 Albert Rivera changes offices for classrooms to teach... 9 Johnson taunts Putin at G-7: "Should we take... 10 The G7 will invest 600,000 million in infrastructure... 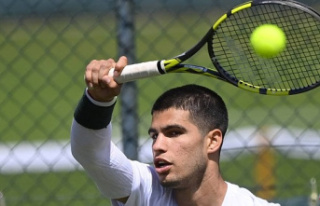