Sheets with mold, without air and in an abandoned barracks: the "precariousness" of the reinforcement police in Menorca: "We are worse than in the 'Tweety'"

Summer job as a police officer in Menorca. 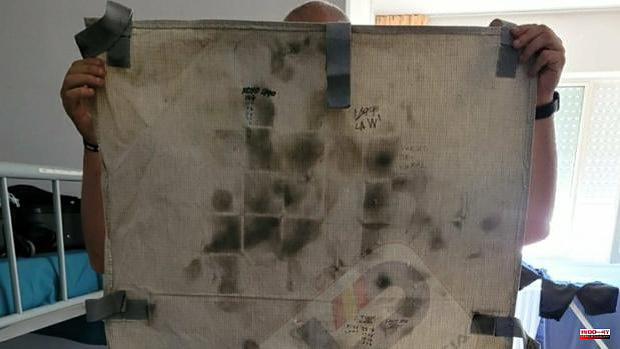 Summer job as a police officer in Menorca. Free accommodation in shared rooms in an abandoned barracks with moldy sheets. Full board of precooked menus. High temperatures and no air conditioning. This is the labor scenario that has received in Mahón the 29 agents of the National Police displaced from the Peninsula to reinforce the security device in the Balearic Islands during the summer.

The police unions have raised their voices to denounce the "painful" conditions of the accommodation in which these 29 policemen from the Prevention and Reaction Unit (UPR) of Alicante and Zaragoza live, who have been sent on secondment to Menorca for work of citizen security. SUP, JUPOL and CEP assure that the agents are in the Mahón military base in "unhealthy and outrageous" conditions, worse than in the famous 'Tweety' ship in Catalonia.

"They have been put in dirty military barracks, on cots, with dirty pillows and without towels for their personal hygiene," denounces the JUPOL union, which complains of the "terrible maintenance, cleanliness and health conditions" of these facilities. "It seems that we are going back as in the disastrous conditions of the controversial ship 'Tweety'", regrets the union in reference to the situation that the agents displaced to Catalonia experienced during the illegal consultation of October 1 promoted by the Generalitat de Catalunya in favor of the independence.

For Jupol, these accommodations are "unbecoming of a 21st century police" and collides with the central government's attempts at justification, after the controversy that arose from the recent statements by President Pedro Sánchez in which he disparagingly described as 'tweets'.

The police in Alicante and Zaragoza are sleeping in "dirty facilities, without air conditioning in cots, without towels and with stained pillows," says the CEP union, which calls for urgent measures in the face of "nonsense."

“This is the way they treat us, while we see that there is an economic budget for other things such as a million euros to put purple lights in police stations,” laments the SUP, which explains that the police officers who arrive on the island to reinforce citizen security have to sleep in beds with moldy sheets, on bunk beds, sharing rooms and eating precooked menus.

“Then they are surprised that the police do not want to come to work in the Balearic Islands,” laments the SUP, which has denounced these events before the Police Council and demands that the agents be relocated.

About 200 police posts have become vacant this year in the Balearic Islands, according to the union. This situation forces them to be covered by new police officers who have just been sworn in. A provisional patch, he warns, since "next year they will surely leave because we are an unattractive place to reside."

The lack of police in the Balearic Islands generates these days, for example, long queues at the Palma airport controls. "In the end, this has a direct impact on the quality of life of citizens and tourists who visit these Islands," he concludes.

1 Dismantled a criminal group that committed 15 robberies... 2 The Justice ratifies the Castilian in the school of... 3 The municipalities managed by Hidraqua reuse eight... 4 Streets closed and parking prohibited in Valencia... 5 Corpus chairs can be purchased on Tuesday, June 7... 6 The TSJ annuls the traffic regulation plan with bus,... 7 Carlos Mazón, after Zaplana's prosecution: "I'm... 8 Germany shoots up 60% of its purchases from Russia... 9 Anxiety, fear, anger and sadness in times of war:... 10 Real Madrid demands explanations for the Saint-Denis... 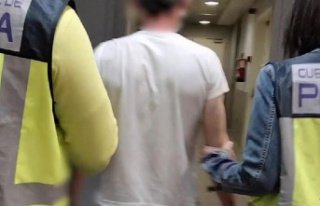