New blow to a criminal network. 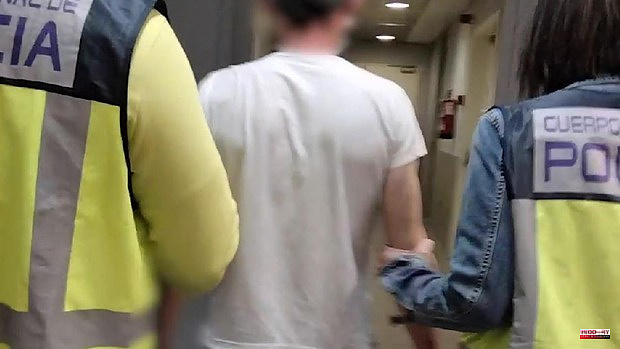 New blow to a criminal network. The National Police has dismantled a group made up of three people who committed 15 robberies with knives and firearms in veterinarians, pharmacies, food and hospitality establishments in the capital and in Madrid towns.

During the operation, two men were arrested, who along with a third who was on prison leave, acted according to a clear distribution of tasks. After intimidating the employees and seizing the safe, they left the place aboard stolen vehicles with loot amounting to 50,000 euros.

The investigative work began at the beginning of last March, when the agents learned of the commission of a robbery in a parcel establishment in the Madrid district of Latina.

Apparently, two hooded men had threatened the employees, one of them wielding a knife, while the other carried out surveillance work. There they managed to get a loot of 300 euros.

Just three days later, a new robbery took place in a pharmacy in the same district, where the robbers entered with a hammer in hand, violently coercing the worker to give him all the money, managing to escape with almost 1,000 euros. In another of their robberies, they managed to steal more than 20,000 euros from a veterinary center, where they managed to gain access with the excuse that their dog was sick.

After the investigations carried out by the agents, it was found that it was a criminal group made up of three people assigned different tasks. One of them was an expert in vehicle theft, waiting inside the car during the robbery, thus facilitating a quick escape from the scene. Another of the suspects was dedicated to opening doors, keeping a vigilant attitude and controlling the environment. The third person involved materialized the theft of the safe, brandishing weapons to the victims, which were sometimes firearms and others knives.

His criminal actions were repeated, committing a total of 15 robberies with violence in different commercial establishments in Chamartín, Moncloa, San Blas and in the towns of Getafe, Alcorcón and Fuenlabrada, all of them sharing similar characteristics and modus operandi.

When the identity of the alleged perpetrators was known, a device was established to locate them on May 26, which culminated in the arrest of two individuals, who were made available to the judicial authority as alleged perpetrators of 15 robberies with violence. The third party responsible is currently deprived of liberty, being on prison leave at the time of the robberies.

1 The Justice ratifies the Castilian in the school of... 2 The municipalities managed by Hidraqua reuse eight... 3 Streets closed and parking prohibited in Valencia... 4 Corpus chairs can be purchased on Tuesday, June 7... 5 The TSJ annuls the traffic regulation plan with bus,... 6 Carlos Mazón, after Zaplana's prosecution: "I'm... 7 Germany shoots up 60% of its purchases from Russia... 8 Anxiety, fear, anger and sadness in times of war:... 9 Real Madrid demands explanations for the Saint-Denis... 10 Children who go to schools with more traffic noise... 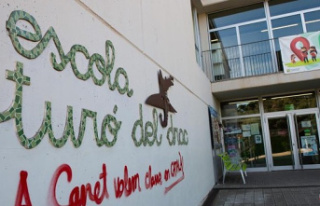 The Justice ratifies the Castilian in the school of...