The TSJ annuls the traffic regulation plan with bus, taxi and bike lanes of the Valladolid City Council

The Superior Court of Justice of Castilla y León (TSJCyL) declares null the decree of the Valladolid City Council that established a new traffic regulation with the pedestrianization of several streets in the center and the enabling of bike lanes and bus-taxi lanes, as reported today it's a statement. 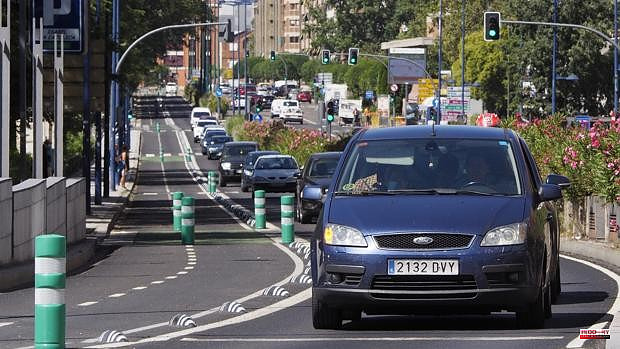 The Superior Court of Justice of Castilla y León (TSJCyL) declares null the decree of the Valladolid City Council that established a new traffic regulation with the pedestrianization of several streets in the center and the enabling of bike lanes and bus-taxi lanes, as reported today it's a statement.

The Contentious-Administrative Chamber of the TSJ, based in Valladolid, thus dismisses the Consistory's appeal against the judgment of the Contentious-Administrative Court number 1 of the capital and confirms said resolution as it understands that the intervention in traffic in those neuralgic points , in which a "circulatory chaos" has been caused, was of such depth that it should have been done by means of an ordinance and not by decree.

The annulment of the decree means that all the penalties imposed and collected by the city council on the occasion of the implementation of this regulation, already declared radically null, "must be repaid to those interested, without excuse or delay".

In addition, it understands that the lack of a “calm” economic study and the consubstantial lack of hearing” the companies and neighbors who use these roads and are therefore affected can unquestionably support the appropriate claims for patrimonial responsibility.

According to the sentence, “the annulled decree supposed an extraordinarily intense intervention in the circulation of vehicles in the city of Valladolid. So much so that it can be affirmed that there is a before and after the implementation of the three controversial measures, ”says the ruling.

The Chamber rejects that said decree has been validated with the approval of a subsequent decree and with the modification of the Municipal Traffic, Parking and Road Safety Regulations because "validation is not possible with respect to null acts."

The magistrates also point out that neither this second decree nor the subsequent modification of the Traffic Regulations can be declared null and void because the PP, which filed the appeal, did not challenge them, with which "great legal insecurity is generated because both provisions, affected by radical nullity (that being said for merely dialectical purposes), they maintain an apparent validity». For this reason, the Court concludes, "the City Council must".

1 Carlos Mazón, after Zaplana's prosecution: "I'm... 2 Germany shoots up 60% of its purchases from Russia... 3 Anxiety, fear, anger and sadness in times of war:... 4 Real Madrid demands explanations for the Saint-Denis... 5 Children who go to schools with more traffic noise... 6 Justice returns the sandwich break to the guards of... 7 The families served by the Castilla y León Protection... 8 Three arrested in Alicante for manufacturing and distributing... 9 Arquillué, the one of the seven voices 10 The driver of an electric scooter crashes into a car... 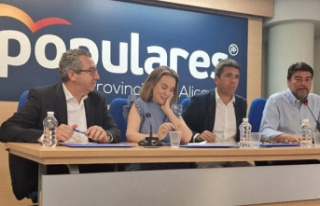