Anti-corruption defends the legality of the audios in Imelsa and points out: "There was a B box of the PP paid by businessmen"

The Anti-Corruption Prosecutor's Office has defended the legality of the audios that gave rise to the Imelsa cause while insisting on the irregular financing of the Popular Party: "Yes there was a B box of the PP that was paid by the businessmen. 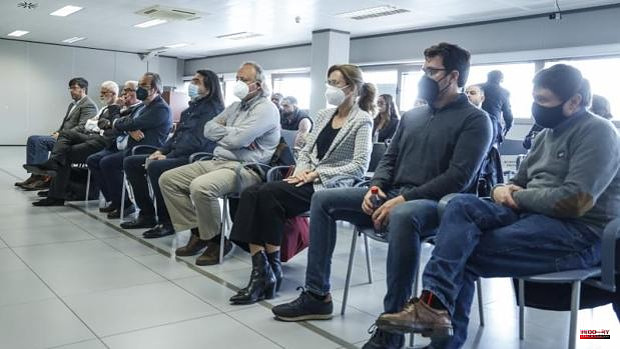 The Anti-Corruption Prosecutor's Office has defended the legality of the audios that gave rise to the Imelsa cause while insisting on the irregular financing of the Popular Party: "Yes there was a B box of the PP that was paid by the businessmen."

This is how the Anti-Corruption Prosecutor Pablo Ponce has pronounced during the presentation of his conclusions in the trial that is being held in the Provincial Court of Valencia for the Thematic piece of the Imelsa case, in which there are nine defendants for alleged diversion of public funds to companies such as the one that bears that name.

The prosecutor has reiterated that the audios provided to the procedure are not manipulated -despite the new version offered by the former manager of Imelsa Marcos Benavent, self-styled 'money junkie'- and has pointed out that the investigated himself, for whom he asks for eight years and three months in prison, gave details to the Civil Guard when they were reproduced at the beginning of the investigation. "At no time did he comment on any manipulation," he stressed.

Likewise, the prosecutor, who has denied that there is a quasi description or prescription of crimes, has stopped at the irregular financing of the PP. He has stated that the former mayor of Moncada, for whom he claims five years in prison, was a "key" player in the 2007 and 2008 elections by also becoming campaign coordinator.

He has indicated that in Moncada and Vilamarxant - a municipality to which the deputy Vicente Betoret aspired - "it is no coincidence" that they worked with Thematica. PP, but by Imelsa, “he said.

«Medina -he added- refuses to make the payment and Imelsa pays it. It is impossible that the councilors paid for it. Yes, there is box B, not because the prosecutor says so, but also because a sentence from the National High Court says so. Box B that, in addition, was being paid by the businessmen. It is evident that the money that Thematica pays must be recovered through inflating the invoices in the contracts with Imelsa », he has exposed.

In his opinion, «it was very easy to swell invoices and in Imelsa there was no type of control. The bills arrived and the checks were written.

In relation to the subsidiary civil liability of the PP, the prosecutor has indicated that the Supreme Court already condemned the PP in 2020 as responsible for payments made through a town hall. «It is required to link the person who makes the expenses with the person who pays them. The electoral expenses are made for the benefit of the PP, that is what is relevant, even if it is in a wayward or unauthorized way, it is known. And it is because Medina is a campaign coordinator and because the payment not paid by the PP benefits him.

1 The Congress Board admits the regulatory change to... 2 A gang accused of swindling more than a million euros... 3 Meta, former Facebook, already has the green light... 4 Live | Feijóo faces Sánchez for the first time in... 5 The Catalan Selectivity ignores the History of Castilian... 6 Poland's 'shadow leader' Jarosław... 7 Putin's elite unit that has been "totally... 8 Migrant caravan in south Mexico 9 Sergio García formalizes his divorce with the PGA... 10 Ukrainian grain could be leaving ports, but Russian... 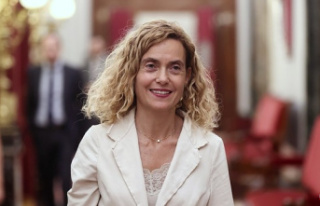 The Congress Board admits the regulatory change to...