The Ukrainian Army admitted on Monday that it has lost control of the central part of Severodonetsk, the last town, along with neighboring Lisichansk, which remains for Russian troops to complete the occupation of the entire Lugansk province. 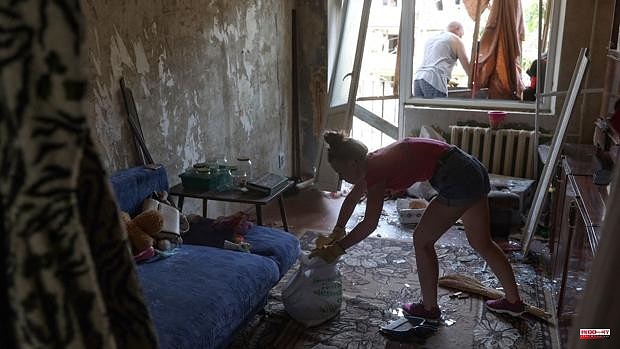 The Ukrainian Army admitted on Monday that it has lost control of the central part of Severodonetsk, the last town, along with neighboring Lisichansk, which remains for Russian troops to complete the occupation of the entire Lugansk province. Russia already announced at the end of March that its priority objective was to seize all of Donbass from Ukraine, which implies continuing the offensive to also take over Donetsk in its entirety.

The taking of Severodonetsk would mean an important advance for the Russian forces, but Azot, the chemical plant it houses and which is already practically besieged, threatens to become another focus of irreducible resistance, such as the Azovstal steelworks in Mariupol, for whose eviction they needed Two and a half months

The spokesman for the Ukrainian Defense Ministry, Oleksandr Motuzianik, acknowledged on Monday that "the center of Severodonetsk has come under the control of the enemy due to the great superiority of its artillery." According to their information, "there is fierce street fighting going on and the enemy commanders do not feel the slightest compassion for their own soldiers, using tactics typical of the Second World War", an apparent reference to the bloody mass assaults that caused enormous casualties to Soviet troops in their fight against the Nazi war machine.

For his part, the head of the administration of that Lugansk area still in the hands of kyiv, Sergei Gaidai, wrote on his Telegram channel that "Russian troops already control 70% of Severodonetsk." Gaidai further maintains that "about 500 civilians, including 40 children, have taken refuge" in the chemical plant, which seems to paint a picture almost identical to the Azovstal inferno. "In a situation of continuous bombardment, mass evacuation of civilians is impossible," he stated. The factory is defended, according to Russian sources, by some 400 Ukrainian fighters.

In the opinion of the Ukrainian expert on military issues, Oleg Zhdanov, “the enemy has become more cautious to reduce their losses (...) and they use the scorched earth tactic with much greater firepower. They have mustered a lot of artillery, reinforced the air strikes, but the infantry attack after our lines have been well pounded." According to Zhdanov, the Russian Army "has already destroyed two bridges over the Severski Donets River, which separates Severodonetsk from Lisichansk, and is massively shelling the third bridge", the only one left to prevent the Ukrainian military and civilians from withdrawing. The spokesman for the Lugansk separatist leadership, Eduard Basurin, already considered the Ukrainian troops in Severodonetsk "trapped" yesterday, but Gaidai denied, for now, such a circumstance.

To turn the situation around, kyiv keeps repeating to the West that it needs many more weapons than those delivered to date. Adviser to the Ukrainian Presidency Mikhailo Podoliak wrote on Twitter on Monday that "I will be direct, to end the war and expel Russia from Ukraine, we need parity in heavy weapons." According to his calculations, the Ukrainian Army needs 1,000 155-millimeter howitzers, 300 multiple rocket launchers, 500 tanks, 2,000 armored vehicles and 1,000 drones as soon as possible. Podoliak says he hopes that the defense ministers of the Ramstein Group, which meets tomorrow Wednesday in Brussels, agree to grant kyiv the requested military aid.

Moscow, however, has been demanding from the beginning of the invasion that the US and NATO refrain from arming Ukraine. The Russian general and deputy prime minister, Yuri Borísov, believes that sending heavy material to the Ukrainian troops is not going to solve anything, except to “further prolong the conflict”. In his opinion, "it is unlikely that these weapons will be able to influence the situation in any way (...) it will only make matters worse and prolong the conflict." 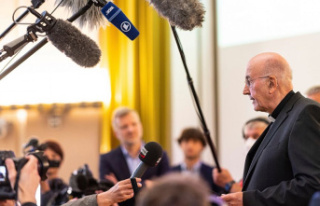