One year ago, the Jacksonville kicker was kicked in his leg. 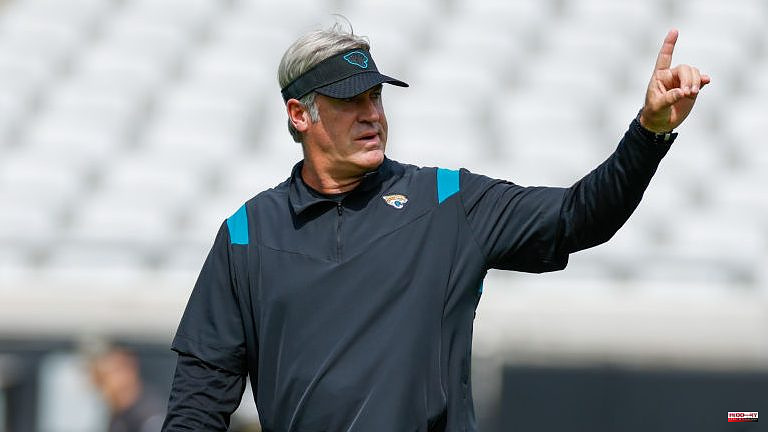 One year ago, the Jacksonville kicker was kicked in his leg. Veteran players might now be singing, "Ain't That a Kick In the Head?"

Doug Pederson, the new coach, decided to exempt many Jaguars from this week’s mandatory minicamp. He explained his decision regarding the last day of the offseason program, which gives players an extra day before the real work begins.

Pederson said that he was still attending the mandatory minicamp for three days. However, Pederson explained to reporters on Thursday that he is only working with the injured players and selected veterans. The injured players are those who may have suffered an injury during the offseason and were unable to play this season. They can stay here, but they must still receive treatment and rehabilitation. It's an opportunity to work more one-on-one with some veterans and our young players. So, the veterans are done. Monday, Tuesday, Wednesday."

He stated that the news was so exciting for the players who received the week of.

Pederson stated, "I mean, listen. They worked extremely hard." We've had great attendance throughout spring. We held the extra three-day minicamp in April. (New coaches can have an additional three-day minicamp.) "The guys are in good places, so I felt it was the right moment to give them some extra rest before we get ready for July."

Pederson stated that the players earned the win.

He said, "I wanted to see the group work and work together." "It wasn’t final until the last week for me to make the choice. These guys have worked hard. They have earned it. They deserve it. As a staff we did what was necessary and are getting ready to go to camp.

The nightmare of Urban Meyer's failed tenure is still looming over Pederson’s approach. Pederson specifically spoke of the "healing process" that began when the group first met in April.

It will be time for them to move on from the Urban Meyer misadventures once they reunite. This team has a lot of talent and might be able to turn things around quicker than anyone thinks.

1 The Jack Del Rio case demonstrates how divided we... 2 What Piqué lacked: Xavi doesn't want him either 3 UK's deportation plan for migrants is halted... 4 Bachelet will not seek a second term as UN chief for... 5 Rayo's first rival will be Manchester United 6 Robbie Anderson reports on the Panthers minicamp 7 Mike Caldwell, Jaguars DC: We see Travon as an outside... 8 German leader resigns under pressure to avoid a possible... 9 Lamar Jackson reports to Ravens minicamp 10 NFL Network will broadcast 22 preseason live games... 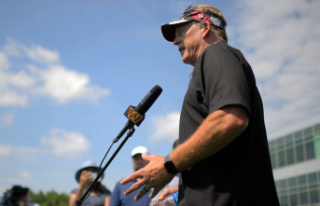 The Jack Del Rio case demonstrates how divided we...