What Piqué lacked: Xavi doesn't want him either

Xavi Hernández wants to have everything under control and is not willing to allow anything to distort the harmony in the Barça dressing room. 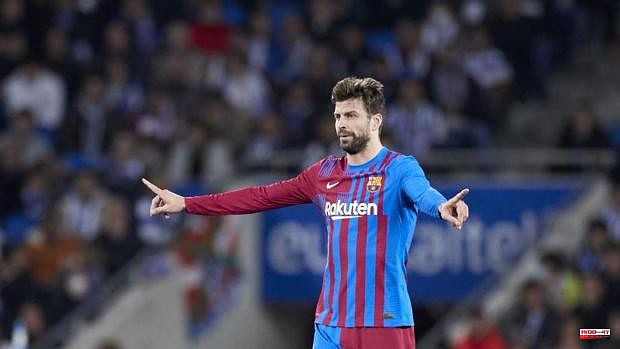 Xavi Hernández wants to have everything under control and is not willing to allow anything to distort the harmony in the Barça dressing room. For this reason he has decided to do without Gerard Piqué despite his undeniable quality and his good performances. The ease of injuring himself, his multi-company business life, the high salary he receives and his controversial private life after confirming his separation from Shakira have led the technician to make the drastic decision. The footballer already knows that he does not enter into his plans. It was Xavi himself who exposed it to Piqué in a meeting they held two weeks ago. As ABC has been able to know, the meeting was somewhat tense and the footballer refused to leave the club at this time.

He assured Xavi that he would fight to get the title.

Xavi wanted to go straight ahead and told Piqué his intentions for next season, in which he does not have the player as a starter. And he also reminded him that much of the difficult financial situation that the club is experiencing is due to the team's high wage bill. Piqué is the best-paid footballer in the team and Xavi made him understand that he could not strengthen the team because his salary considerably hampered the club when it came to complying with financial fair play. With all these arguments, he questioned whether he could endure a season as demanding as the one that will begin shortly and urged him to find a worthy exit from the club. And an element that Xavi did not mention to him but that has also influenced his decision is the ascendancy that he may have in the young academy players. We must not forget that he has recently been seen partying with Riqui Puig and it is feared that he could be a bad influence.

Piqué not only assured Xavi that he was willing to fight any central defender for a place in the eleven, but also agreed to substantially lower his record to help the club strengthen itself. The player has already held a few more meetings with club executives and now it is Mateu Alemany who will take charge of the salary reduction. With a contract in force until June 2024, Barça owes him around 40 million euros from the postponement that he made of his file last season.

1 UK's deportation plan for migrants is halted... 2 Bachelet will not seek a second term as UN chief for... 3 Rayo's first rival will be Manchester United 4 Robbie Anderson reports on the Panthers minicamp 5 Mike Caldwell, Jaguars DC: We see Travon as an outside... 6 German leader resigns under pressure to avoid a possible... 7 Lamar Jackson reports to Ravens minicamp 8 NFL Network will broadcast 22 preseason live games... 9 In the Ukraine war, the battle for Donbas could be... 10 Saquon Barkley will be moved around by the New Giants... 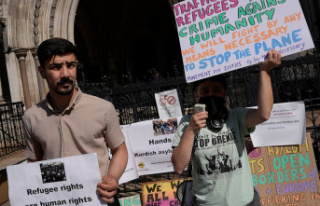