UK's deportation plan for migrants is halted by a court

LONDON -- The British government's plan to deport asylum seekers to Rwanda is now in place after an appeals court rejected Monday the argument that flights would compromise the "basic dignity of people fleeing war and oppression. 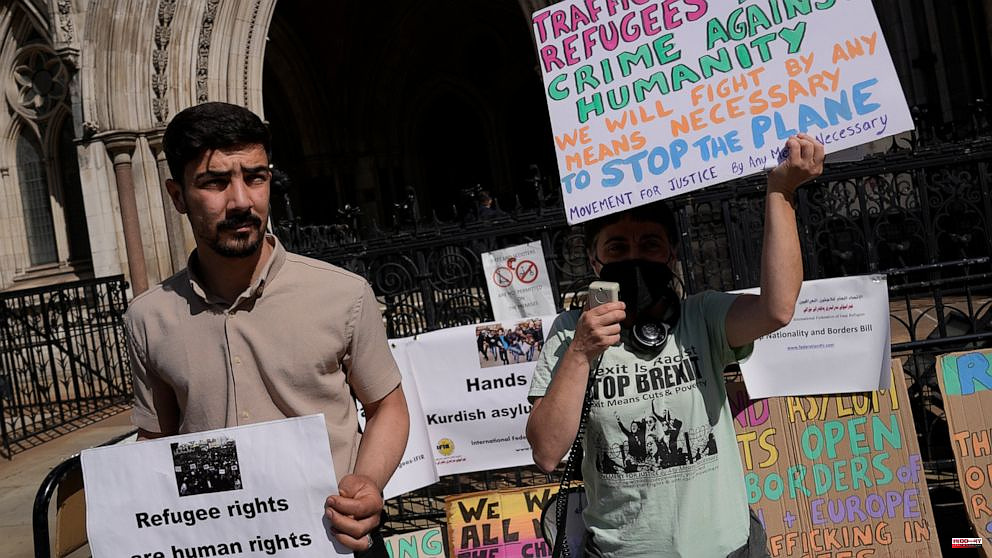 LONDON -- The British government's plan to deport asylum seekers to Rwanda is now in place after an appeals court rejected Monday the argument that flights would compromise the "basic dignity of people fleeing war and oppression."

The appeal was denied by three judges at the Court of Appeal, London. It was filed by immigration rights advocates as well as public employee unions. They sought to temporarily block deportation flights while the court considered the legality of the government's policy.

Boris Johnson, Prime Minister of the United Kingdom, stated that the first flight to deport people will take place as planned on Tuesday.

Justice Rabinder Singh wrote for the panel that a lower court judge had correctly balanced the issues when it decided not to issue Friday's temporary injunction. The appellate court could not overturn this decision. A court must prove that a government policy is unlawful under U.K. law before it can issue an injunction.

There has been steady reduction in the number of people who were affected by Tuesday's flight. Care4Calais, a charity, stated that all but eight of 31 migrants who had been told they would fly to Rwanda on Tuesday have had their tickets cancelled.

Additional legal challenges are ongoing. On Monday, a second case was filed before the High Court seeking an urgent injunction that would stop the government from fleeing to Rwanda.

Raza Husain was one of the lawyers representing the migrants. She argued that the government's plan included the forced removal of asylum seekers to a country they do not want to travel to, as part of a policy to discourage others from trying to enter Britain.

He stated in court filings that "this amounts to a serious interference of basic dignity... where these individuals have already experienced significant trauma and have mental issues."

Boris Johnson, Prime Minister of the Conservative government announced in April that it would send some undocumented migrants from Britain to Rwanda. The program requires that migrants deported to Rwanda would have to apply for asylum there. Not the U.K. Britain has paid Rwanda 120 million pounds ($158million) upfront and will pay additional payments depending on how many people are deported.

After a rise in these journeys over the past two years, the program is designed to discourage migrants from crossing the English Channel in small boats. Human rights groups claim that the policy is illegal and inhumane, and will only increase the risk for migrants.

During a visit to a farm, he stated that he always believed that the process would begin with lots of teething issues and that there will be a lot more legal action against you. They will also try to delay it.

He also defends the government's actions in the face of criticism, which included some made over the weekend by Prince Charles. After reports that he had publicly criticized the Rwandan policy, the heir to the British crown caused a backlash.

Charles' Clarence House office refused to comment, but insisted that the Prince of Wales was politically neutral.

He stated, "I believe that most people are able to see that criminal gangs... need to stop,". "This model must be discredited.

After the British court's decision, the head of U.N. refugee agency reacted with fury and used his most powerful words about the U.K.–Rwanda plan. It was "all wrong... for so many reasons."

Filippo Grandi (the U.N. high-commissar for refugees) told journalists in Geneva that Britain's plan sent out a message that other countries could follow suit.

He said, "The precedent this creates is disastrous for a concept which needs to be shared like asylum."

"Does this make me feel resentful for those who are making a profit from it? Yes, I do. They're criminals. He said that they should be tried, convicted and imprisoned. "But, from this situation to say now we don’t take people anymore. Go back to Rwanda', is not right."

1 Bachelet will not seek a second term as UN chief for... 2 Rayo's first rival will be Manchester United 3 Robbie Anderson reports on the Panthers minicamp 4 Mike Caldwell, Jaguars DC: We see Travon as an outside... 5 German leader resigns under pressure to avoid a possible... 6 Lamar Jackson reports to Ravens minicamp 7 NFL Network will broadcast 22 preseason live games... 8 In the Ukraine war, the battle for Donbas could be... 9 Saquon Barkley will be moved around by the New Giants... 10 Kyler Murray reports for minicamp 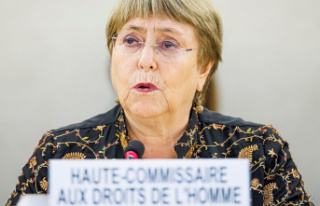 Bachelet will not seek a second term as UN chief for...