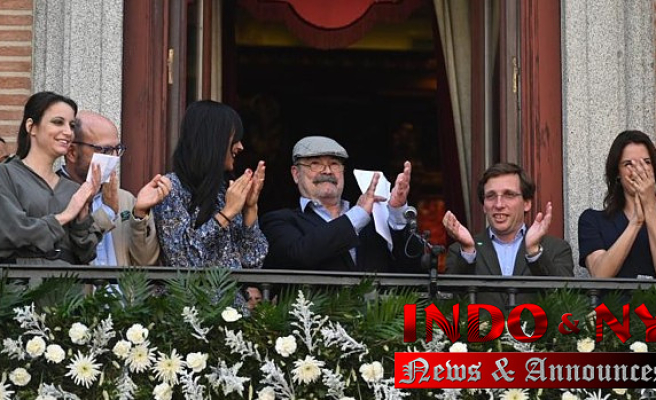 In the center of all there is an Antonio Resines as before there was a José Luis López Vázquez, and before there was a Martínez Soria or a Pepe Isbert. Bouquets of comedians in the good sense of the word, the one that Fernando Fernán-Gómez gave to the job of being someone else on stage and in front of the cameras. Antonio Resines has defeated Covid, he has drawn strength from weakness to go to Juan Diego's funeral and at almost thirty degrees he has climbed onto the balcony of the old Town Hall, the one in Plaza de la Villa, taking off and putting on his parpusa to send a message of hope to the people of Madrid. A message and also a tribute, and we return to Isbert and Luis García Berlanga (with their son present on a crowded balcony) and to 'Welcome Mister Marshall', and to a modified lyric of 'Americanos we receive you...' where the adjective has resounded "healthy"

Suffering Resines like the one with more than one pandemic that is still in the air –Mayor Almeida recalled it in the morning–, both have insisted that the San Isidro festivities be held “normally”, which are, for the castizo and for the outsider, another excuse to take to the streets. To celebrate again with all precautions but also with all hopes.

Almost an hour before, Fabio and Claudia had already been standing guard, long thirtysomethings, «to see what this man tells us, who paid us a lot to see him in El Hormiguero. And it is that, without wanting it or wanting it, Antonio Resines, naturally that common Spaniard, has become a titan in the fight against the damn pandemic that has changed so many things in the most common. For this reason, the more than a hundred listeners who have given more than three quarters to the town crier, that is, Resines, wore a mask in some cases and applauded, under the May sunshine, the song to the life of the actor. And Fabio and Claudia excited, applauding, along with the chulapo group of 'Los castizos' and its president, José Luis.

There are battles and battles, and Resines not being a miracle worker (he has only summoned the Saint to ask for rain), he has been noted excited in the proclamation. A double emotion in someone who has overcome the disease with large doses of irony if not black humor.

The comedian has worn that mustache that he has been wearing in his public appearances, and in the backlight and at first glance, those consequences left by the damn Covid have not been appreciated. Perhaps because the procession goes inside and because the privilege of announcing the festivities comes to attenuate the evils of those who have been a trifle away from fading to black. For this reason, before a dulzainero finished the notes of 'El Gato Montés', he thundered his cry for the doctors: "That public health service, thank you very much" he exclaimed, with the conviction of someone who gets a 'speaker corner' from Madrid. And it is that there have been in the proclamation not only Berlanguian winks in which Almeida has participated with joy, but he has remembered his childhood, that "with three months" he arrived in Madrid from Torrelavega. Also of all the theory of cinemas that no longer exist in the city and that marked its formation. And it is that he has included himself in what he says they say they call (sic) «the Madrid comedy».

In this, bells have rung, which have surprised the actor at the zenith of his proclamation, although, say with rejoicing, the bells did not toll for the very vital interpreter, but for that time offset of the Madrid convents. Reason why Resines has released, without a script, a "living in Madrid is a luxury, damn it", with the usual response of the respectable, who applauded while he was roasting.

Actually, Antonio Resines has paid homage to his own life. To Berlanga, of course, and to public health, which has been well present in a proclamation in which several medical associations have appeared in the Plaza de la Villa to demand, as one of the protesters commented, "decent conditions and contracts in accordance to European laws. She knew that Resines was going to support them and that is why he carried the banner "Doctor and physician, 15 years of precariousness" with the EU emblem on his back while he gave the boy the yogurt.

And if that has happened on the burning cobblestones of the square, above Resines has given advice, or more than advice, an idea/force: he has "strongly" requested that "we go out to celebrate San Isidro" citing Tierno Galván ("the one who it does not pass through Calle de La Pasa it does not pass") to close his speech with a "long live San Isidro, long live Madrid and long live Spain". And he has once again remembered the doctors before the dulzainero played 'María la Portuguesa' by Carlos Cano and the giants and big heads, from the 'Asociación Comparsa Gigantes y Big Heads', did their thing: dance.

1 The European Parliament will investigate Puigdemont's... 2 Pedro Morillo: art that sounds like music 3 Carmen Paris arrives at the Teatro de Rojas with 'In... 4 Medium danger of forest fires in Castilla y León... 5 Open war between Compromís and the Socialist Minister... 6 The Basque Parliament insists on the "sanitary... 7 Barcala asks NATO and the EU to redouble their diplomatic... 8 The Spanish Daniel del Valle Blanco becomes the youngest... 9 The Prosecutor's Office requests the filing of... 10 Confirmed: Clotilde was murdered in a new crime of... 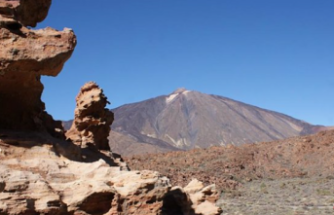 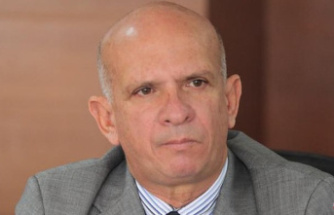 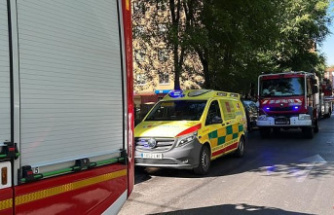 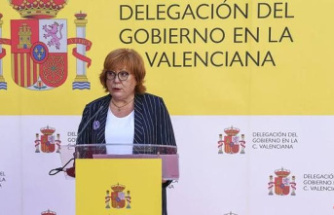 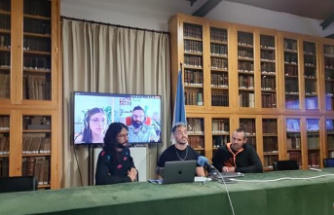 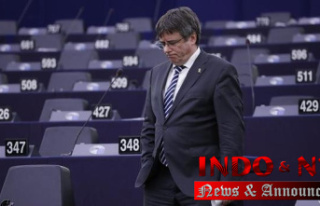 The European Parliament will investigate Puigdemont's...