The mayor of Alicante, Luis Barcala, on Thursday asked NATO, the European Union and the Government of Spain to redouble their "diplomatic, political, economic and social efforts" with the countries on the southern flank of the Atlantic Alliance: the Mediterranean basin and the sub-Saharan Sahel region. 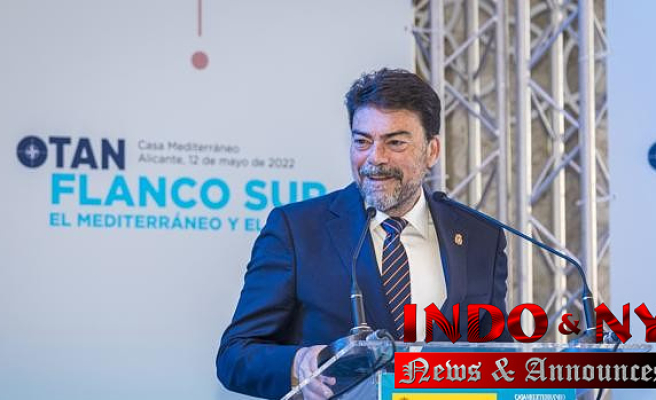 The mayor of Alicante, Luis Barcala, on Thursday asked NATO, the European Union and the Government of Spain to redouble their "diplomatic, political, economic and social efforts" with the countries on the southern flank of the Atlantic Alliance: the Mediterranean basin and the sub-Saharan Sahel region.

This is how the mayor pronounced himself at the opening of the round table on the new challenges of NATO, organized by the Ministry of Foreign Affairs at Casa Mediterráneo. Barcala has also underlined the "historical, cultural and emotional ties" of the city of Alicante with the Maghreb, while welcoming the large panel of experts participating in this conference, as reported by the consistory in a statement.

"A little over a month before the NATO summit in Madrid, this forum is especially relevant to continue explaining and raising awareness among civil society about the relevance of the Atlantic Alliance", he stressed. "And even more so, in the context of the invasion of Ukraine, which has highlighted the essential role of NATO as a guarantor of European security," he added.

He also stressed the "growing geopolitical and strategic interest" of the region made up of a dozen sub-Saharan countries in the Sahel, "which poses new challenges to the Alliance and which also fully affects Spain's foreign policy".

"It will be necessary for all the political and institutional agents of the West to become increasingly involved in this territory," he stressed. The mayor has highlighted the "issues of great international significance" that affect the southern flank of NATO and that have been the subject of debate in this double round table at Casa Mediterráneo.

"Faced with the growing presence and influence of Russia and China in this vast territory south of the Mediterranean", he continued, "it is necessary for the Alliance to strengthen its weight and search for regional allies in the area".

Lastly, Barcala recalled the "historic brotherly relations" between Europe, the Atlantic Alliance and Spain with the countries of the Mediterranean Basin, while stressing that "the new political and diplomatic challenge" now moves to the region of the Sahel, "extensive, complex and conflictive, which obliges NATO, the European Union and Spain to redouble their efforts".

The mayor has expressed his conviction that from this double round table "sufficient conclusions and arguments will come out to justify the opportunity and convenience of this conference, which has chosen a unique and privileged location to address any issue related to the Mediterranean and the good neighborly relations with African countries".

"Alicante has a long history of twinning with the Maghreb region and is the best place to delve into the search for links and alliances with the neighboring continent to the south of the Mediterranean," he concluded.

1 The Spanish Daniel del Valle Blanco becomes the youngest... 2 The Prosecutor's Office requests the filing of... 3 Confirmed: Clotilde was murdered in a new crime of... 4 Carlos Pollán reaches out to social organizations 5 Nurses take to the streets to demand more investment... 6 The Supreme Court overturns the decree approved by... 7 National holiday: Diane Dufresne obtains the title... 8 Death of firefighter Pierre Lacroix: the coroner orders... 9 Nadal: “I am not injured. I am a player who lives... 10 Coutinho, to Aston Villa for 20 million 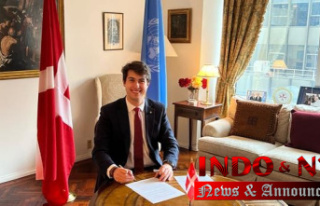