Russian President Vladimir Putin told his Finnish counterpart Sauli Niinisto on Saturday that it is a mistake for Finland to renounce its military neutrality and join NATO, because, the Kremlin chief stressed, there is no threat to your safety. 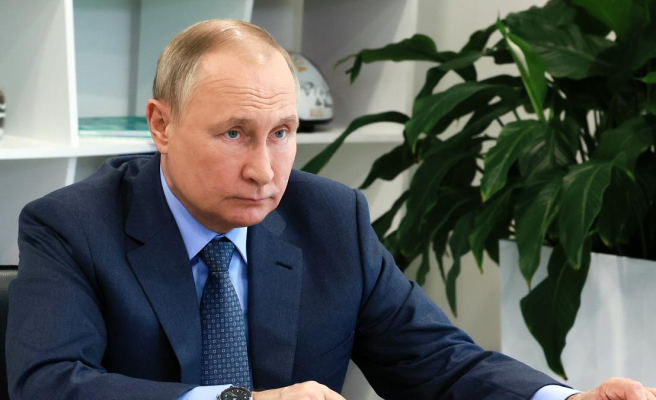 Russian President Vladimir Putin told his Finnish counterpart Sauli Niinisto on Saturday that it is a mistake for Finland to renounce its military neutrality and join NATO, because, the Kremlin chief stressed, there is no threat to your safety.

Finland's president called Putin to explain the decision announced this week by himself and Prime Minister Sanna Marin to support the Nordic country's joining the Western military organization.

"There was a sincere exchange of views regarding the Finnish leaders' announced intention to apply for NATO membership," the Kremlin press service reported.

"Vladimir Putin emphasized that abandoning the traditional policy of military neutrality would be wrong, as there are no threats to Finland's security," the statement said. In addition, according to Putin, "such a change in the course of the country's foreign policy may negatively affect Russian-Finnish relations, which for many years were built in the spirit of good neighborliness and cooperation, were mutually beneficial."

For his part, Niinisto explained to Putin the arguments that have led the Helsinki authorities to make their decision. Niinisto explained to Putin "the fundamental change in Finland's security brought about by Russia's demands at the end of 2021, aimed at preventing countries from joining NATO, and Russia's massive invasion of Ukraine in February 2022." ", the Finnish presidency said in a statement.

Niinisto announced to Putin that "in the next few days Finland will make the decision to seek NATO membership," the message underlined.

The Finnish president noted that during the first meeting between the two, in 2012, he told Putin that each independent country was responsible for its security.

"That is exactly what is happening now. By joining NATO, Finland strengthens its own security and takes responsibility. And in the future, Finland wants to correctly and professionally solve practical problems that arise in connection with the neighborhood with Russia." says the message.

This call comes after the first reaction from Moscow, last Thursday. Kremlin spokesman Dimitri Peskov said that "undoubtedly" Finland's entry into NATO represents a threat to Russia. This announced that it would respond with measures, among others "technical-military", which it did not specify.

Peskov recalled that Putin had already ordered the strengthening of Russia's western borders in the Baltic region, a sea that Russia shares, among others, with Finland and Sweden, the other Nordic country that also plans to apply for NATO membership.

That is why the stationing of military machinery is planned in the Republic of Karelia and in the Murmansk Oblast (on the Kola Peninsula), as the Russian regions closest to the new border. To monitor the Baltic Sea, Russia also has the enclave of Kaliningrad, sandwiched between Poland and Lithuania.

Future actions will depend on how the "expansion process" develops and "how close the military infrastructure (of the Alliance) is to our borders," Kremlin spokesman Peskov explained.

This Saturday one of the Russian deputy foreign ministers, Alexánder Grushkó, assured that Russia will take preventive measures if NATO deploys nuclear forces and infrastructure in Finland and Sweden, near the Russian borders, the Ría Nóvosti agency collects.

Along the same lines as Putin during his conversation with Niinisto, he added that Moscow has no hostile intentions towards Finland and Sweden and sees no "real" reason for the two Nordic countries to seek membership in the Alliance.

Despite the current Russian military intervention in Ukraine, he considered it "impossible" to suspect hostile intentions on the part of Russia against Finland and Sweden, accusations that he related to attempts to "demonize" Russia from the political and military point of view.

"Many questions arise about the renunciation of nuclear status by these countries," Grushkó said.

Grushkó stressed that the allied enlargement raises doubts about "negative nuclear guarantees" for both Scandinavian countries, which hope to join the Western bloc at the allied summit in June in Madrid.

"It is enough to look at the map to understand how important the allied enlargement is for the security interests of the Russian Federation," he stressed.

He admitted that, for the moment, the Atlantic Alliance has not modified its nuclear policy, but its secretary general, Jens Stoltenberg, has affirmed that "nuclear weapons can be placed closer to the Russian border and the Polish leaders assured that they are willing to receive them."

"If these declarations are confirmed in practice, of course, it will be necessary to react with the adoption of preventive measures that guarantee a safe dissuasion," warned the diplomat.

1 Ballot boxes in San Sebastián de los Reyes to vote... 2 Portugal freezes a fifth of Abramovich in the Algarve... 3 War Ukraine - Russia, live | Moscow warns of possible... 4 Pyongyang reports 21 deaths and more than 170,000... 5 The Battle of Luhansk 6 “Since 1945, wars are no longer won” 7 La cara de la nueva Ireland, Michelle O 8 Salah is injured just two weeks before the Champions... 9 Russia, today: with the GDP of Spain and in the third... 10 Biden now runs into the 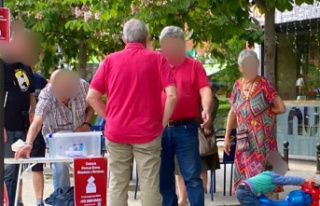