Bertrand Badie, professor emeritus at the Sciences Po institute in Paris and author of dozens of essays, including Les puissances mondialisées: rethinking la sécurité internationale (2021), believes that we are witnessing, in Ukraine, “the first major war in the field of the globalization". 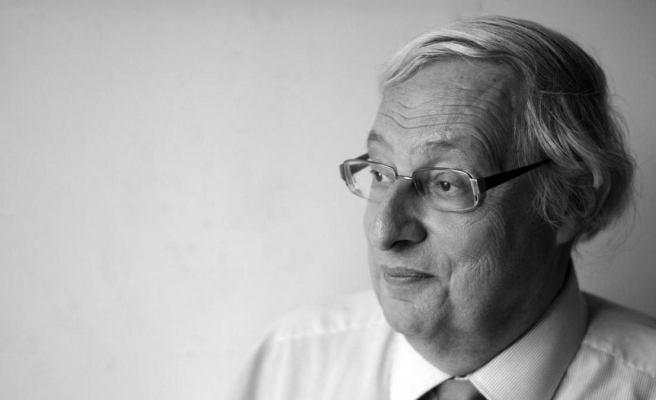 Bertrand Badie, professor emeritus at the Sciences Po institute in Paris and author of dozens of essays, including Les puissances mondialisées: rethinking la sécurité internationale (2021), believes that we are witnessing, in Ukraine, “the first major war in the field of the globalization". This political scientist and expert in international relations is more in favor of speaking of "globalized war" than of "world war", as the two great conflicts of 1914-1918 and 1939-1945 were called.

There is a context difference. When talking about the two world wars, they took place in the context of an international system that was essentially polarized on Europe, with the extension to East Asia, through Japan, in the case of the second. Today is different. Never has energy and economic interdependence weighed so heavily in a conflict. That makes no country in the world, including the southern countries, escape. Africa, for example, is aware that it will have to pay part of the bill for this war.

What other characteristics does this conflict have?

The first is that a much more important role is given to societies than to states. As economic interdependence weighs heavily and communication techniques are increasingly developed, societies have a much higher reactive capacity than we knew in the two world wars or in the cold war. Putin's main mistake, like all dictators, is that he ignores the place of societies in war. He believes that a war is armies, the use of force. His mistake was thinking that he could enter Kyiv exactly as Brezhnev entered Prague in 1968. The difference is that societies have acquired a dynamism that has made the Russian army fail, which seemed to be the second in the world.

You speak of a "war of exclusion" by the West. What does it consist of?

Putin has waged a classic war, I would say the war of another era. Westerners try to contain it not so much by military means as by the threat of exclusion from the world. It is something totally new in the history of international relations. It is an economic and commercial, media, cultural, tourist and sports exclusion. For a dictator, being excluded from sports competitions is a very painful thing. So we moved away from the model of Carl von Clausewitz, in which weapons decided everything. In this strange war, weapons are not very decisive, as they were not in Afghanistan, in Vietnam or in the decolonization wars. Nor are they in the Sahel.

Did you see the Moscow military parade? Didn't you find it anachronistic, compared to the modern messages and style of Ukrainian President Volodymyr Zelensky?

Absolutely. That is why I consider Putin's war in the Ukraine to be a reactionary war in the literal sense of the term, an attempt to revive a mode of action that has not worked for eighty years. Have you noticed that, after 1945, wars are no longer won? It is a sign of something. There are no wins anymore. It is a very considerable change. I have in my office the photo of Velázquez's painting The Surrender of Breda. That is over.

Macron told the European Parliament that he does not want to humiliate Russia. But at the same time he spoke of prosecuting war crimes. How are both things reconciled?

Yes, it is a paradox. Today wars on the ground are not won. So you are forced to negotiate. Remember the Paris negotiations on Vietnam, the Evian agreements on Algeria, even the Doha agreements on Afghanistan. Today, negotiation has become the only way out. But all negotiation theorists will tell you that you negotiate when you have the feeling that you don't lose face. That was the problem of the Americans in Paris and the French in Evian. Not losing face means not being humiliated. Macron and everyone knows very well that the essential thing is for Putin to accept the negotiation, because without it there is no way out, neither military nor political. The problem is not so much the humiliation today as all the humiliation accumulated since 1989. That will be very difficult to repair.

Do you really believe that the West has fueled Russian revenge? Or is it just the propaganda that Moscow spreads?

It is incontestable that Russia has been humiliated. The West has fueled this humiliation. But that doesn't mean he has the right to do what Bucha did. Humiliation is a feeling. What is criminal and inadmissible is transforming a feeling of humiliation into political merchandise and an instrument of violence. The humiliation of Versailles in 1919 manufactured Hitler, but that does not exculpate him at all. He was an absolute criminal, just as Putin is an absolute criminal. The problem is that the West has fed the monster. A solution must be found to break out of this vicious circle.

1 La cara de la nueva Ireland, Michelle O 2 Salah is injured just two weeks before the Champions... 3 Russia, today: with the GDP of Spain and in the third... 4 Biden now runs into the 5 Plàcid García-Planas wins the Cirilo Rodríguez... 6 The drama of the Spanish without margin to fill the... 7 The Summit of the Americas is on the verge of failure... 8 Jail sentence for some tweets for the politics that... 9 Flames consume the coastal community of Laguna Niguel... 10 Ukraine-Russia war today, live: breaking news on Putin,... 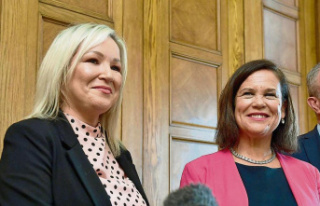