Russia, today: with the GDP of Spain and in the third division, ranking after ranking

"Putin is at a turning point in world history," says Orlando Figes, historian. 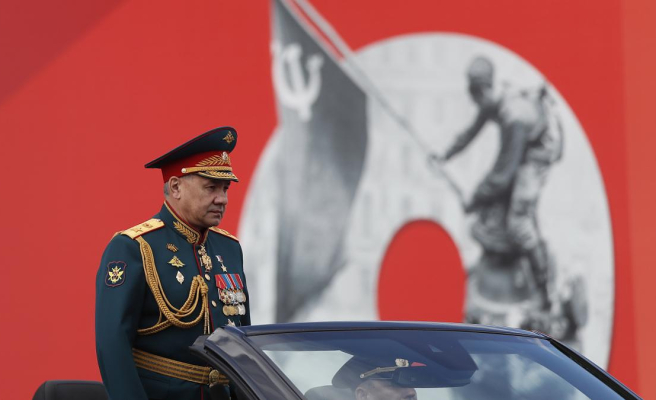 "Putin is at a turning point in world history," says Orlando Figes, historian. He marks the beginning – he continues – of “a world divided into two blocs”, on the one hand that of Western democracies and on the other that of the authoritarianism of China and Russia.

The Russian Foreign Minister, in fact, spoke in Beijing in March of the beginning of a new, more "just" world order. The Kremlin's war in the Ukraine would insist on it. Although the Russia of today is not the Soviet Union of yesterday. And for that reason the doubt: what makes her capable of it?

Its GDP is far removed from the US and China, the two great global powers. Worse: also from countries like the UK, France, Germany and even Italy. It is very similar to Spanish. Increasingly. Of 1.28 billion dollars that of Spain and 1.48 that of the current Russia.

Its per capita wealth, in parallel, is also far behind. In Spain it is 27,000 dollars. In Russia from 10,000. And its dynamics after the pandemic and the invasion of Ukraine seem to work more against it than for it. Only Russia along with Ukraine, Belarus, the Federated States of Micronesia, Solomon Islands and Tonga see their economic growth in red out of the two hundred countries considered by the International Monetary Fund.

And there is more.

The population, for example, is stagnant at around 145 million inhabitants, far from the 330 million in the US, the 450 million Europeans under the umbrella of the EU or the more than one billion in China. Although its territory is the largest in the globe. And by far: 17.1 million square kilometers, twice the size of Canada, China or the US.

Result: being as it is a country with very little population density, it is in the cities that face Europe that its inhabitants are concentrated, with a gap in its borders to the east next to the overpopulated China.

All this, in turn, hand in hand with a fact that explains a lot about their living conditions: the ratio of men for every hundred women is one of the lowest in the world (86.4), only surpassed by Nepal, Martinique, Guadeloupe, Curaçao, Latvia, Lithuania or Hong Kong. And their life expectancy is only 66 years, almost equal to that of Rwanda or East Timor.

Even more: even its advantages can be disadvantages.

This is how the Russian anthem recites. And it is one of the keys to its influence. Its almost imperial-sized territory stretches from Europe to Asia, from the frozen poles of the north to the driest lands of the south, even after the many republics that became independent in the transition from communism to democracy in the 1990s. This allows, as continues his anthem:

That is, wealth of resources. According to data from the International Energy Agency, Russia is one of the three largest oil producers in the world and the second largest natural gas producer. In recent weeks in the Old Continent, its dependence on the energy that comes from Russia, in particular gas, and in the center and east of the EU, including Germany, has become evident.

You benefit from it. And with it finances these times of war. The prices do not stop rising. In total, the EU pays him about 800 million euros a day according to the European Commission. But it is estimated that the daily costs of the war for Russia are around 850 million euros, according to SOFREP, a portal specialized in military affairs, or the Center for Economic Recovery, citing advisers to the Ukrainian government here.

It is not the same in China. Nor in the West.

Russia is, at the same time, a central wheat manufacturer to avoid famines. Famines that, due to the war and the parallel paralysis of the other major exporter of this product (Ukraine), generate instability, for example, in the Middle East and the Maghreb.

However, given its size, and its polar and Siberian geography, it does not have the largest agricultural lands.

Its power is therefore very often summed up in its nuclear capacity, as the country with the largest number of nuclear warheads, even ahead of the US. Although these, unlike their peers, are largely in reserve or stored.

The general mistrust of its present, thus, and how it happened to Spain during the financial crisis of 2008 and the following years can be calibrated by the interest rate it pays to finance its public debt. They are hopelessly tall for years and years.

Perhaps for all this, unlike the internationalist Soviet era, in Vladimir Putin's mind there only seems to be room for Russia. And that is why several specialists in international relations summarize his position as a case of limited irredentism rather than the return of imperialism.

1 Biden now runs into the 2 Plàcid García-Planas wins the Cirilo Rodríguez... 3 The drama of the Spanish without margin to fill the... 4 The Summit of the Americas is on the verge of failure... 5 Jail sentence for some tweets for the politics that... 6 Flames consume the coastal community of Laguna Niguel... 7 Ukraine-Russia war today, live: breaking news on Putin,... 8 The Kremlin says that Finland's entry into NATO... 9 Finland and Sweden apply to join NATO, now what? 10 Finland's leaders support joining NATO 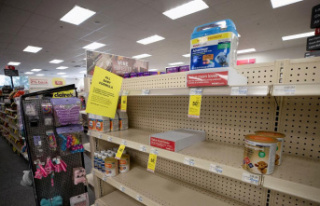 Biden now runs into the