President of Poland: "Did the Allies Phone Hitler During World War II?" 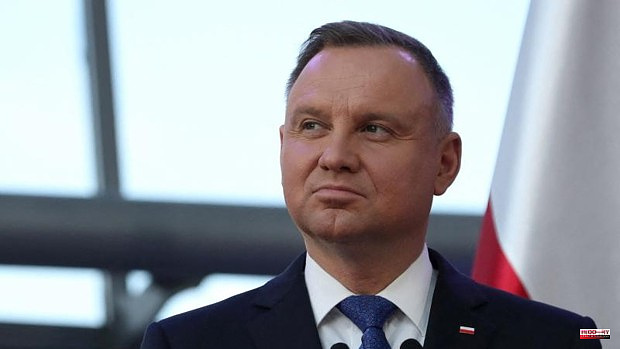 The fact that Olaf Scholz and Emmanuel Macron keep calling Vladimir Putin deeply upsets the President of Poland, Andrzej Duda. From the Polish point of view, this is a deference that Putin does not deserve and that weakens in Russia's eyes the image of unity and determination of the West. “Did the allies constantly telephone Adolf Hitler during World War II?” Duda has asked himself in public. “Those conversations are useless. They only legitimize a person responsible for the crimes committed by the Russian army in Ukraine", he declared, "I am amazed by all these conversations that are held with Putin, by Foreign Minister Scholz and by President Emmanuel Macron, but all those conversations are achieving nothing.

Duda insists that the Russian leader is solely responsible for sending his army to Ukraine but that he has the support of his military commanders. He argues that the situation in Ukraine is comparable to that of Nazi Germany in World War II and from that perspective he considers the open path of dialogue with Putin unacceptable. “Did someone then say that Hitler had to save face? What had to be done so that Adolf Hitler would not humiliate himself? », He added.

The dialogue that Duda refers to is the one that the heads of government of France and Germany are keeping open with Vladimir Putin to try to cushion the consequences of the war in Ukraine as much as possible and find a way out. In the last phone call to the head of the Kremlin, President Emmanuel Macron and Foreign Minister Olaf Scholz insisted on the urgency of lifting the blockade on the port of Odessa "to allow the export of Ukrainian grain through the Black Sea and avoid a global food crisis." », according to information from the Elysee. The Kremlin announced after that conversation that "Russia is ready to find options to export grains without obstacles, including Ukrainian grain from ports located on the Black Sea" and repeated its thesis that the current difficulties are the result of "a policy erroneous economic and financial policy of Western countries, as well as the sanctions against Russia.

The UN and also Turkey are involved in the initiative to unblock Odessa, which should facilitate a safe naval corridor to the Mediterranean. Macron and Scholz are trying to get assurances that if the port is demined, Russia will not use the opportunity to gain a military advantage and land troops in the city. But Putin takes advantage of these conversations to slip his threats against "greater destabilization if the West continues to flood Ukraine with weapons" and also mentions hypothetical nuclear scenarios that will undoubtedly later influence the politics of European countries. Scholz, in fact, repeatedly insists that one of the main claims of the French and German interlocutors that the sovereignty and integrity of Ukraine be respected, always repeated by the EU and NATO, collides with reality on the ground, where the Russians continue to inexorably extend their control over Donbass and carry out forced Russification of the population, raising fears. of an upcoming annexation, inspired by Crimea in 2014.

1 After Mbappé, Macron pushes for Zidane 2 EU court ruled that UK citizens living in EU countries... 3 They create a heated tray via USB to keep food warm... 4 Rueda warns that Galicia "will react" if... 5 Turkey's Erdogan warns Greece about demilitarizing... 6 Antibotellón device with 100 municipal police, dogs... 7 Arrested in Tarragona for jihadist indoctrination... 8 A gang scammed 3 million euros from 500 people selling... 9 Two men rob a Ukrainian refugee in Alicante and take... 10 The disappearance of the Aguilar girls 30 years ago... 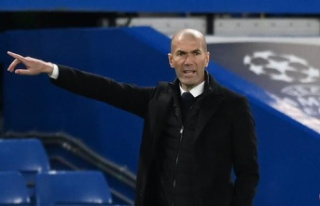 After Mbappé, Macron pushes for Zidane