Antibotellón device with 100 municipal police, dogs and drones for the end of the EvAU

The euphoria for the end of the EvAU, the old selectivity, translates every year into a massive student celebration on Madrid's university campuses. 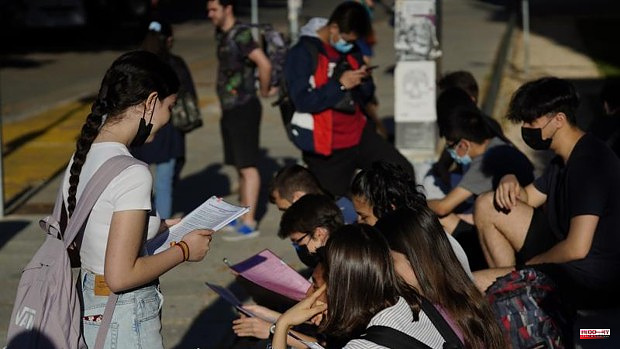 The euphoria for the end of the EvAU, the old selectivity, translates every year into a massive student celebration on Madrid's university campuses. This Thursday, the last day of four marathon days of exams, the Municipal Police will deploy a special anti-bottle device with a hundred agents. "Although we understand that for young people it is a very important moment in their lives and that they want to celebrate it, we once again ask for responsibility," they maintain from the Security and Emergencies Area of ​​the Madrid City Council.

The Autonomous, Complutense and Polytechnic campuses will be guarded from this afternoon to prevent incidents from occurring at a party where bonfires to burn notes and crowds are common.

The device includes a hundred municipal agents from the Integral District Unit (UID) of Moncloa, as well as from the Central Security Units (UCS), from the Canine Section, from the Cavalry of the Squadron and from the Drone Section.

This same Thursday, the municipal spokesperson and delegate of the Security Area, Inmaculada Sanz, has advanced the general lines of the security plan for the NATO summit, next June 29 and 30 in the city. "Our plans are very advanced, both in the performance of Samur-Civil Protection, the Fire Department and the Municipal Police," said the spokeswoman at the press conference after the Governing Board. "We are going to increase all the templates on those days," she stressed.

For now, there are no more details of the deployment for an event that will complicate mobility in the capital, except that the troops will be stationed in the hot spots, such as the surroundings of the Paseo de la Castellana, the A-2 road and the crown of the M-40. The Municipal Police will also control security in the hotels, in collaboration with the National Police.

In addition, on June 26, before the international summit begins, the demonstration against NATO will be held, which will also require a specific security plan. "We will demand that anyone who comes does so in a peaceful manner and respecting the right of others to be able to live in a city in peaceful conditions," Sanz stressed. Throughout the next week, the consistory will hold a meeting with the Ministry of the Interior and the Government Delegation in Madrid to coordinate the final deployment.

1 Arrested in Tarragona for jihadist indoctrination... 2 A gang scammed 3 million euros from 500 people selling... 3 Two men rob a Ukrainian refugee in Alicante and take... 4 The disappearance of the Aguilar girls 30 years ago... 5 The European Union considers the crisis between Spain... 6 Alagna, three titles and a great gala to blow out... 7 Tuawa organizes the great Water Festival in Valencia 8 Ciudadanos registers a reform of the electoral law... 9 Top Digital Marketing and Online Design: Keys to Online... 10 After the summer, Aena will award the first contract... 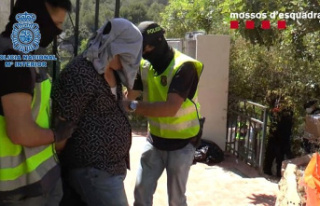 Arrested in Tarragona for jihadist indoctrination...