Erling Haaland shot Manchester City to an unchallenged victory in the English Premier League over Nottingham Forest with another hat-trick. 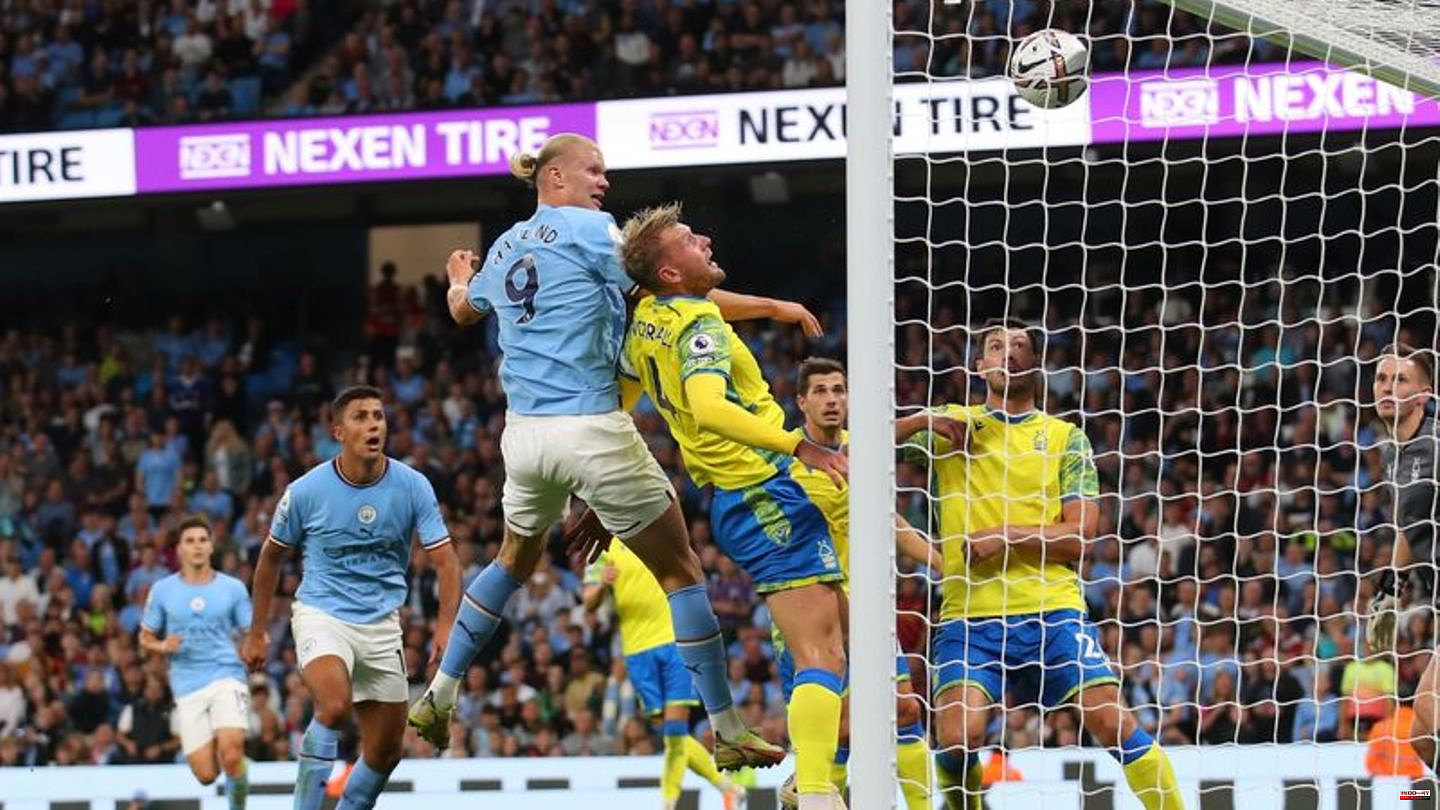 Erling Haaland shot Manchester City to an unchallenged victory in the English Premier League over Nottingham Forest with another hat-trick.

With his goals seven, eight and nine of the season, the former Borussia Dortmund goalscorer was once again the match winner on Wednesday in the clear 6-0 (3-0) win of the defending champions against the promoted team. The Norwegian international also set a league record with a total of nine goals after five matchdays. "Incredible. That's all there is to say," he said. "It's going well so far. I can't complain."

Haaland only needed five ball contacts for his first two goals (12th/23rd minute) against the overwhelmed Premier League returnee. Shortly before the break, the 22-year-old headed the ball to make it 3-0 (38'). "Oh, Haaland continues to score. That's a surprise," tweeted former Dortmund teammate Mats Hummels with some irony. Against Crystal Palace (4: 2) Haaland needed 19 minutes for his first hat trick on the island on Saturday. After his second hat-trick, he was substituted after 69 minutes to a standing ovation.

Gary Lineker also wondered how quickly the new Premier League star could break the next record. "The way Haaland is going he will get Shearer's record ahead of Kane," the former world-class striker wrote on Twitter. Alan Shearer is the Premier League's all-time leading scorer with 260 goals. Harry Kane (Tottenham) is currently fourth as the best active striker with 187 goals.

Julián Álvarez (65th/87th) and João Cancelo (50th) increased in the second round for the Cityzens around captain Ilkay Gündogan. With 13 points, Pep Guardiola's star ensemble remains second in the table behind Arsenal FC. The Gunners defeated Aston Villa 2-1 (1-0) and got their fifth win in the fifth game.

A goal by 19-year-old Fabio Carvalho in the eighth minute of injury time ensured Jürgen Klopp's FC Liverpool a much-celebrated 2-1 (0-1) win over Newcastle United. An own goal by national player Thilo Kehrer was not enough for Tottenham Hotspur to win 1-1 (1-0) at West Ham United. 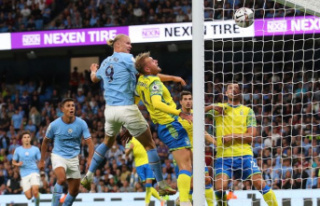 Premier League: Haaland with a hat trick to a league...