Aragonès, year one: the Pegasus case slows down the landing of the ERC Government

Pere Aragonès celebrated one year this Saturday since he was sworn in as president of the Generalitat. 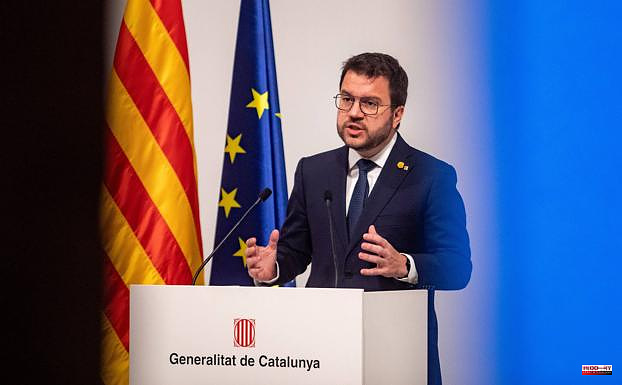 Pere Aragonès celebrated one year this Saturday since he was sworn in as president of the Generalitat. There was no celebration, the balance will do it next week. It's been a tough year. As was the three-month negotiation between ERC and Junts to form a government. Aragonès (at the third attempt) received 74 votes out of 135 and since Jordi Pujol no president had received so much support in his investiture.

365 days later, the president of the Generalitat has lost a good part of those supports. The CUP has distanced itself from the pro-independence majority and demands that it submit to a matter of confidence. And Junts, even within the Government, is preparing an internal audit on the degree of compliance with the Government pact. It is not a trivial matter, since Laura Borràs threatens to submit the result of the self-assessment to consultation with the militancy and give it a binding category. In other words, the agreement could blow up, because the pro-independence roadmap demanded by the most radical is neither here nor expected.

That Junts leaves the executive is what Laura Borràs would like, who will be enthroned on June 4 as the new president of the party. The legislature of Aragonès began with a tough fight with Carles Puigdemont, who intended to co-govern Catalonia from Waterloo, to which Esquerra flatly refused. A year later, Puigdemont is already retreating from the front line and the one who takes up the baton in the nationalist center-right is the president of the Parlament, from the unilateralist sector of Junts.

In the environment of the president and in Esquerra there is concern about it. Borràs can be removed from the presidency of the Parlament, if she is prosecuted by the judge for a corruption case, and she will focus all her activity on the direction of the party. "The Borràs era begins", summarized in the Republican ranks. The line to follow from her, they understand in Esquerra, will be "attack everything that smacks of ERC." A year ago they took it for granted that they would have the enemy at home, but they did not think it would be so bellicose. Junts left Aragonès alone at the dialogue table, criticized his alliance with the commons in the Budgets and now threatens to blow up the consensus to introduce changes in the immersion model. The execution of the ruling that forces the Government to teach 25% of classes in Spanish is currently the main headache for the Catalan Government and for the president, who has supported the Minister of Education, the weak link in his Executive.

In the environment of Borràs, which has maintained a fight without quarter for the power of the party with the pragmatic sector of Junts, they affirm that enough of "hitting each other" (between postconvergents) and that the "adversary" is Esquerra. The 'Pegasus case' and the radicalization of Junts are two obstacles that Aragonès did not have a year ago (neither the outbreak of a war in Europe), when the independence movement began a slow landing process, after very turbulent years.

A month after his investiture, the Government made a far-reaching gesture: it granted pardon to the prisoners of the 'procés'. ERC had facilitated the election of Pedro Sánchez and relations between the central Executive and the Catalan government were flowing again. In September, the dialogue table between the two governments met to seek a solution to the Catalan lawsuit and the Catalan legislature; at least in the question of the political conflict, this entered a certain de-escalation.

Until a month ago the 'Pegasus case' broke out. Aragonès was one of those spied on, in 2019 and 2020, when he was vice president and later acting president after Quim Torra was disqualified. At the moment, relations between Moncloa and the Palau de la Generalitat are on hold. ERC has resigned as the reference partner of the PSOE in Congress and the dialogue table is in the freezer.

Aragonès does not have too many partners in Barcelona, ​​because Junts holds on in the government, but reluctantly and waiting for the order that Borràs gives when he takes the helm in three weeks. And in Madrid it is no longer the same, because ERC slips away from the majority of the investiture. He can come back, but for now he's out.

1 Weather: still temperature records broken this Saturday,... 2 CF Montreal prepares for Real Salt Lake 3 A fault interrupts the high-speed service between... 4 Itacyl forecasts a drop of at least 4% in the cereal... 5 28% of MIR positions in family medicine in Castilla... 6 Mi Chambergo de Entretiempo: «The city council has... 7 Don Juan Carlos goes to see Pablo Urdangarin play... 8 Top 14: beaten in Montpellier (22-13), Racing 92 will... 9 Tebas: "What PSG is going to do by renewing Mbappé... 10 Farnham drama: Suspect charged with second degree... 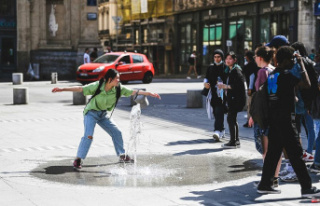