PAU 2022 in Valencia: when are the notes of the Selectividad exams published and where can they be consulted

Starting this Tuesday, June 7, the University Entrance Examinations (PAU) mobilize a total of 1,485 professors distributed in 55 tribunals, who will be in charge of correcting the exams of the 22,511 students who present this course in the ordinary call of 2022 in the Valencian Community. 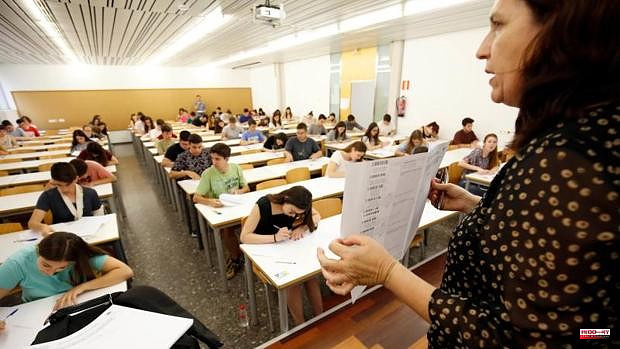 Starting this Tuesday, June 7, the University Entrance Examinations (PAU) mobilize a total of 1,485 professors distributed in 55 tribunals, who will be in charge of correcting the exams of the 22,511 students who present this course in the ordinary call of 2022 in the Valencian Community.

Of the 22,511 students who apply to the PAU, a total of 20,989 come from studying Baccalaureate in any of its three modalities, while the rest of the student body accesses the PAU through training cycles, the Generalitat has indicated in a statement.

The Regional Minister of Innovation, Universities, Science and Digital Society, Josefina Bueno, has encouraged all the students who appear at the PAU to "face the exams calmly and with concentration" and has thanked "the work and effort" of the 1,485 teachers who participate in the tests: "We must all collaborate so that these 22,511 students can access the best higher education and become good professionals," he said.

On Tuesday, June 7 at 9:30 a.m., the tests of the ordinary call begin with the History of Spain exam and will end next Thursday, June 9 with the completion at 3:30 p.m. of the exams corresponding to the subjects of Greek, Performing Arts II, German Language, French Language and Italian Language.

The only reasons for which a student can request a change in the day or time of any of their exams are: due to illness, as long as it involves hospitalization or there are medical reports that advise it, due to pregnancy or the recent birth of a child if a report justifies it, for sports events that have federated, elite or high performance students or by court summons that cannot be canceled.

In such a case, the Management Committee will study the request and, if the request is accepted, it will be proposed that they appear at the PAU for the extraordinary call and that their grade be considered as if it were for the ordinary call. In case of not being able to appear at any of the two calls of the PAU, the affected student body will no longer have the possibility of appearing at the PAU in this course, since there will be no special call for this student body.

During the exam, electronic devices such as mobile phones, tablets, computers, headphones, watches with the possibility of saving information or any other similar device may not be used.

Graphing, programmable or calculators that can perform symbolic calculations, store text or memory formulas may not be used either. The student body may not use, except in the subjects that explicitly allow it, colored markers to answer the exams or to mark some lines or words on the answer sheet. Answers to the exams cannot be done in pencil and must be written in blue or black ink.

Starting at 1:00 p.m. on June 17, students will be able to see the marks they have obtained in the University Entrance Exams through the student portal: https://appweb.edu.gva.es/paseu/login. sec

1 Arrested the aggressor of the nurse of Chozas de Canales 2 They surprise a man with a complex electronic system... 3 The judge in the Pegasus case summons Bolaños as... 4 A two-year-old boy accidentally shoots his father... 5 Begoña Gómez breaks her contract with the Instituto... 6 Dutch crime reporter killed in stabbing incident:... 7 Dubai arrests two brothers Gupta in connection to... 8 For double murder, an Indonesian Army officer is sentenced... 9 Arrested an elderly man for offering money in exchange... 10 Vatican's Pius XII archives shed light on WWII... 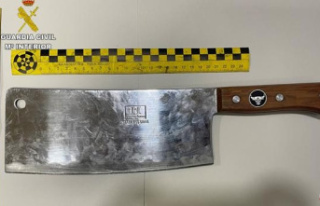 Arrested the aggressor of the nurse of Chozas de Canales