A two-year-old boy accidentally killed his father in Florida by shooting him with a loaded gun that his parents had left unattended, local authorities reported Monday. 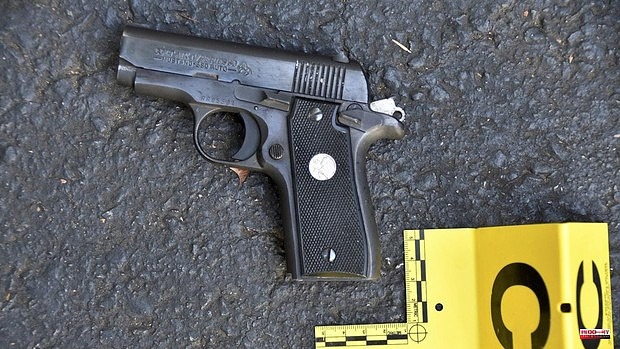 A two-year-old boy accidentally killed his father in Florida by shooting him with a loaded gun that his parents had left unattended, local authorities reported Monday.

On May 26, police responded to the victim's residence near Orlando, central Florida, after receiving an emergency call. Upon arrival, officers found a woman, Marie Ayala, performing heart massage on her husband, Reggie Mabry, who had been shot.

The 26-year-old man died shortly afterward at the hospital, and police at first thought he had killed himself, Orange County Sheriff John Mina told a news conference.

It was the oldest of the couple's three children, a 5-year-old boy, who informed deputies that it was his 2-year-old brother who had shot their father in the back, according to the sheriff.

The boy found the gun in a bag that Mabry had left on the floor and shot his father while he was playing a video game on a computer, according to court documents. The whole family -the parents, the two children and a five-month-old girl- was in the only bedroom of the house when the events occurred.

Mabry and Ayala were on probation after committing child neglect and narcotics charges, according to Sheriff Mina.

Following her husband's death, police arrested Ayala, 28, for involuntary manslaughter, possession of a firearm by a convicted felon and violation of probation.

"Gun owners who don't properly secure their guns are a fraction of a second away from one of these tragedies occurring in their homes," Mina said. “Now these children have lost both of their parents. His father is dead. His mother is in jail. And a boy has to live with the knowledge that he shot his father," she added.

The events became known in the midst of the debate on gun control in the United States, following a series of shootings, including the one that left 19 children dead in a Texas school on May 24.

1 Begoña Gómez breaks her contract with the Instituto... 2 Dutch crime reporter killed in stabbing incident:... 3 Dubai arrests two brothers Gupta in connection to... 4 For double murder, an Indonesian Army officer is sentenced... 5 Arrested an elderly man for offering money in exchange... 6 Vatican's Pius XII archives shed light on WWII... 7 Consum donates 150,000 euros to Cáritas to help refugees... 8 Patients at the A Estrada health center test the first... 9 PAU 2022 in Valencia: the self-government of Catalonia,... 10 Long queues to buy a chair for Corpus Christi in Toledo 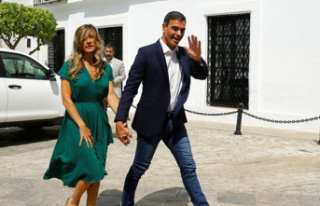 Begoña Gómez breaks her contract with the Instituto...