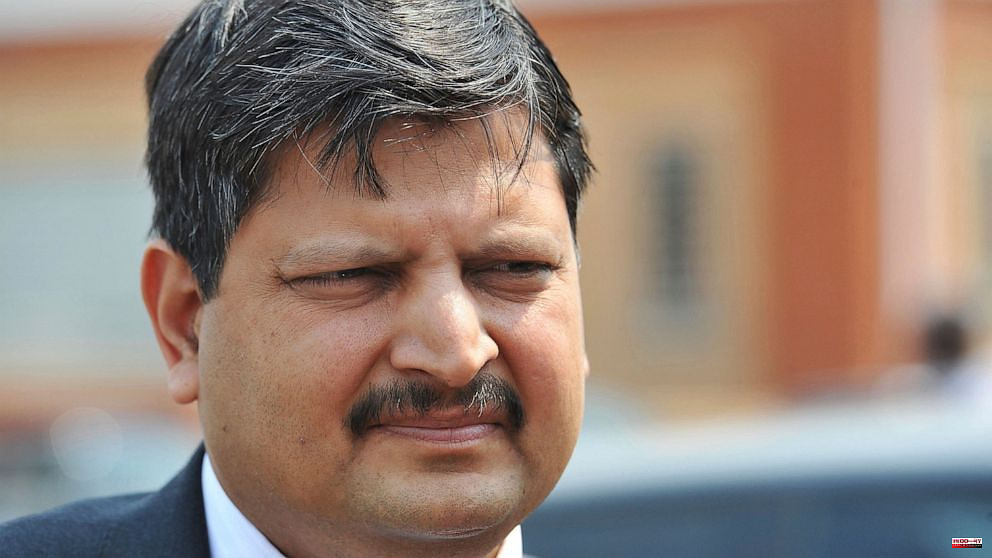 Authorities in the United Arab Emirates have made the latest major extradition arrests with the arrests of Rajesh and Atul Gupta. They had both lived in Dubai for many years. Dubai has welcomed wealthy residents with open arms for many years.

The UAE is now the head of Interpol, an international police organization. This has brought renewed scrutiny to the UAE's lax money laundering controls and refusal to extradite suspects. This has been made worse by Russian money flowing into the Arabian Peninsula country during Moscow's war against Ukraine.

The police issued a statement stating that they had arrested the brothers in connection to money laundering and criminal charges in South Africa.

They were suspected of hiding in Dubai with their brother Ajay. The pair fled South Africa in 2016 and had just returned to South Africa when Zuma resigned in 2018. Zuma was accused of overseeing massive corruption in state-owned businesses. South Africa's City Press newspaper reported that the Gupta family purchased a residence in Dubai's Emirates Hills neighborhood for $30 million. It had 10 bedrooms and 13 bathrooms, nine reception areas, a double grand staircase and hand-painted dome. There was also space for 11 cars.

Police said that the arrest was a result of the UAE's ongoing efforts to combat money laundering through local cooperation with the relevant authorities.

Late Monday, South African authorities announced that the brothers were arrested following discussions with Dubai officials. The arrests were not confirmed by Emirati authorities until Tuesday.

Nearly one year has passed since the UAE ratified an extradition treaty between South Africa and the UAE. It was signed in June 2021 just as Interpol issued a red notice against the Gupta brothers, and their accomplices.

Guptas are accused in Zuma's use of their relationship to get kickbacks and huge government contracts. They were also believed to have been so influential that they were able to influence Zuma's selection of Cabinet ministers.

In 2019, the U.S. Treasury Department placed three brothers Gupta on a sanction list, accusing them of being members of a significant corrupt network. This bans U.S. entities from doing business with them and their assets.

Zuma, age 80, was the president of South Africa from 2009 to 2018, when he was forced by his African National Congress Party to resign amid the corruption scandal. Zuma, 80, was charged with corruption in relation to a state arms purchase. He was sentenced to seven years imprisonment for refusing to appear before a judicial inquiry.

Zuma's imprisonment sparked riots that lasted for weeks in South Africa. These riots saw over 300 people killed and 25,000 soldiers deployed in some of the most violent violence since the end the apartheid era. Zuma was released on medical parole, which was later revoked. This decision is currently being challenged in court.

The boom-and-bust Dubai real estate market is open to foreigners. This has attracted investors as well as people fleeing conflict since years. As long as the U.S. has sanctioned war profiteers, terrorist financiers, and drug traffickers, Dubai's real estate market has been a safe haven.

Scrutiny also has increased after the Financial Action Task Force, a global anti-money-laundering body, placed the UAE on its "grey list" earlier this year, escalating its monitoring of the country's efforts to crack down on illicit financial flows.

Dubai police has announced several arrests in relation to extraditions over the past year. These included drug dealers and gangsters. Extraditions seem to have expanded into other criminal acts. Dubai police also arrested a British citizen wanted in Denmark for tax fraud. Sanjay Shah, who insists that he is innocent, had lived in Dubai for many years, as well as being subject to court cases regarding his alleged masterminding of the scam.

As Moscow is under Western sanctions for its involvement in the Ukraine war, there's a renewed emphasis on Russian money coming in. A megayacht owned by a Russian oligarch is now hidden from Western seizing in the northern emirate Ras al-Khaimah. According to Forbes, Andrey Melnichenko is the owner of Motor Yacht A. He is a European Union sanctioned oligarch with a net worth of $23.5 billion. Melnichenko rejected the sanctions and denied any connection to Russian President Vladimir Putin.

This report was contributed by Andrew Meldrum and Isabel DeBre, both United Arab Emirates writers, from Associated Press.

1 For double murder, an Indonesian Army officer is sentenced... 2 Arrested an elderly man for offering money in exchange... 3 Vatican's Pius XII archives shed light on WWII... 4 Consum donates 150,000 euros to Cáritas to help refugees... 5 Patients at the A Estrada health center test the first... 6 PAU 2022 in Valencia: the self-government of Catalonia,... 7 Long queues to buy a chair for Corpus Christi in Toledo 8 Dismantled in Madrid a criminal group that committed... 9 They record elite soldiers of the British army in... 10 Toru Takahashi is a respected AP Asia photo editor... 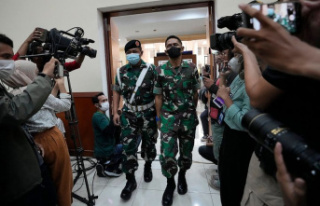 For double murder, an Indonesian Army officer is sentenced...