No beaches suitable for pets in the Basque Country

Tomorrow, Tuesday, will be the last day that dogs will be able to access La Concha beach, in San Sebastián. 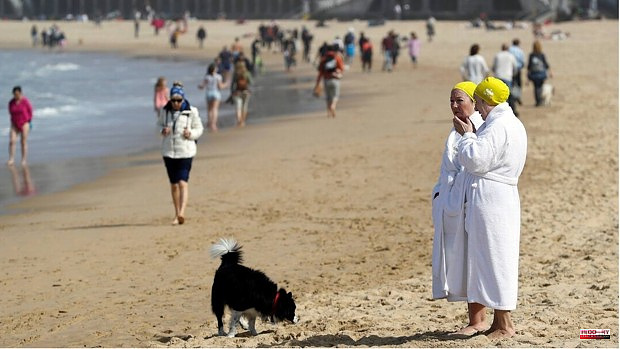 Tomorrow, Tuesday, will be the last day that dogs will be able to access La Concha beach, in San Sebastián. On Wednesday, June 1, the beach season begins. That means that the lifeguards return to their surveillance posts and that for four months the sandbanks become a territory reserved for bathers and prohibited for pets. The dogs must say goodbye to the Cantabrian Sea, at least in the Basque Country, until next October 1.

The restriction applied by the San Sebastian City Council is not an exception. In fact, no Basque city council allows pets access to the sandbanks during the summer season, which makes the Basque Country the only autonomous community in Spain without authorized beaches to take a dip with pets.

In the case of the San Sebastián City Council, they justify the measure for a security issue given the high influx of people that is registered in the summer season, even more so this year when the capacity restrictions disappear due to Covid. They consider that having the beaches available from October 1 to May 31 is "enough" time for pets. For other consistories, such as Guecho, in Biscay, where five of the most popular sandbanks in the province are located, it is a "hygienic" issue.

Skipping the restriction and trying to sneak in to play with our pet, even outside bathroom hours, also carries serious risks for our pocket. Whoever tries it risks fines ranging between 300 and 1,500 euros.

In Spain, according to statistics, one in four households has the company of a dog. However, it is a restriction that does not only affect the neighbors. Several associations warn of the consequences that banning pets could have for tourism.

It is not unreasonable to think that a family with a dog chooses to stay in nearby communities where they can enjoy the beach in the company of their pet. Without going any further, neighboring Cantabria has eight sandbanks where dogs are welcome. In some they have a reserved area and in others the animals share space with bathers without incidents having been recorded.

Animal associations believe that it is not so "difficult" to lift some restrictions and find formulas so that everyone can enjoy the beach. However, from the Basque Government they allege that it is a municipal competition where they can do little. So far, only two Basque municipalities have been in favor of loosening the restrictions somewhat. Both in Sopelana (Vizcaya) and Zarauz (Guipuzcoa) access with animals will be allowed once the lifeguards leave, at eight and nine at night respectively. Although the sandbanks must be free of pets again at six in the morning.

1 A young man who tried to swim across the Crevillente... 2 General Electric accused in tax optimization in France... 3 Employment in New Aquitaine: 65 vacancies at Terres... 4 After a fatal accident, the Dordogne gendarmerie needs... 5 Arvert: Presentation of the Coubre forest's forest... 6 Saint-Jean-de-Luz - Stop parking Foch collective challenges... 7 Cycling. Alpes Isere Tour - The Iserois Remi Capron... 8 Nazi flags on the Madrid ultras trip to Paris 9 Djokovic wins the match of the match: Nadal-Djokovic,... 10 The RFEF Assembly supports Rubiales and approves his... 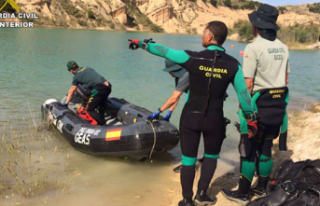 A young man who tried to swim across the Crevillente...