Nazi flags on the Madrid ultras trip to Paris

The Champions League final played in Paris this Saturday is giving a lot to talk about the great success of Real Madrid, who lifted their Fourteenth title in this competition, but also for non-sporting reasons. 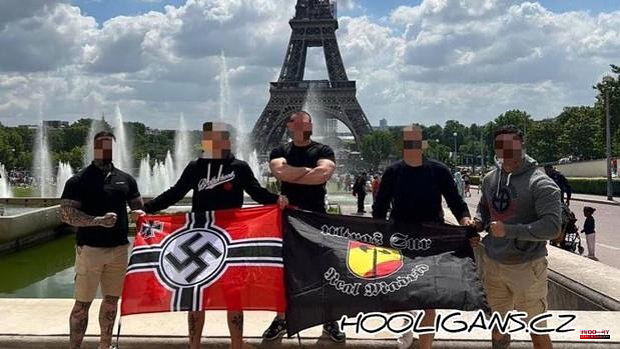 The Champions League final played in Paris this Saturday is giving a lot to talk about the great success of Real Madrid, who lifted their Fourteenth title in this competition, but also for non-sporting reasons. After the testimonies of numerous fans who were assaulted, robbed and even beaten around the Stade France by organized gangs have become known in recent hours, the publication on social networks of an image of a group of fans of the team white posing with a Nazi flag has sparked a new controversy.

More than 15,000 Real Madrid fans traveled to Paris to attend the Champions League final against Liverpool on Saturday, which ended with a victory for the white team (0-1).

Many Spanish and English fans took advantage of the hours before the match to tour the French capital. Among them, a group of five ultras, apparently from Real Madrid, who displayed a Nazi flag in one of the most visited and crowded areas of the city.

In an image posted by @hooliganscz1999, an account specializing in the ultra world that surrounds football, five young people appear posing with a Nazi flag, with the Eiffel Tower in the background, and another from Ultras Sur, the radical group that was expelled does damage from the Santiago Bernabéu by Florentino Pérez.

Despite not being able to enter the Bernabéu, members of Ultras Sur continue to travel outside of Madrid to accompany their team and cause violent incidents. Recently, a well-known radical from the white team was arrested by the National Police after assaulting Celta fans in Vigo.

1 Djokovic wins the match of the match: Nadal-Djokovic,... 2 The RFEF Assembly supports Rubiales and approves his... 3 Videos. Cannes: A kiss between Lindon & Bouquet... 4 Legislative in Lot-et-Garonne - 3rd Constituency:... 5 Europe points out the lack of involvement of cities... 6 Goirigolzarri points to Francisco González and Ángel... 7 Two men killed a woman as they fled a police check... 8 Incidents at Stade de France: Darmanin denounces "massive... 9 The province of Alicante receives 100,000 fans in... 10 Arrested a trucker who was seven times the allowed... 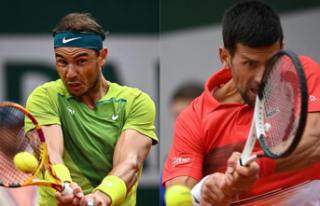 Djokovic wins the match of the match: Nadal-Djokovic,...